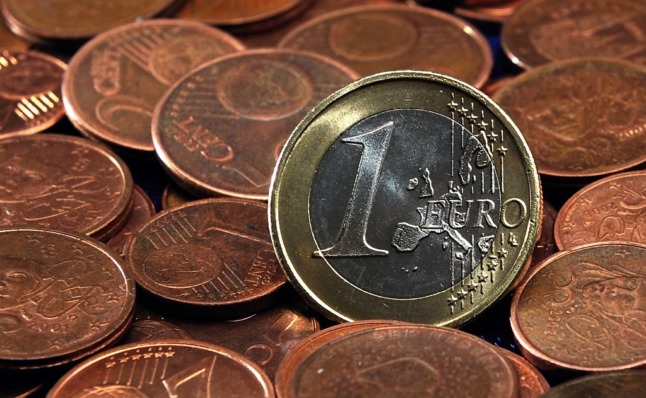 If you are an employee, your income tax will be deducted at source from your monthly salary as part of a pay-as-you-earn system that is relatively new in France.

The French government lays out a standard rate for deductions, at different income rates.

The rates for the next 12 months have just been published and they are;

French taxes are progressive so that people earning in the higher bracket only pay a 30 percent rate on the portion of their salary over €25,711, not on their whole salary.

Here’s the example given on the French public service website, using a net income of €42,000:

However, to make things more complicated tax rates vary depending on your personal circumstances, such as whether you are married and have children.

The above is the flat rate for a single person with no children.

If this is your first year of paying tax in France you will be charged at the flat rate, but could be due money back if you are married and have children.

In order to claim this you need to register with the French tax office and declare your personal circumstances to benefit from the personalised rate.

You have two choices in how you do this – either contact the tax office now to create a tax profile, or wait until the next tax declaration time to supply more details.

The next declaration will come around in April 2022. You are not obliged to make contact with the tax office before this date, but if you don’t then you will have to wait until next year to get your new rate.

Come April, everyone who is living or working in France is obliged to fill out the annual tax declaration – here’s how that works.

So that’s income tax – however, if you take a look at a French payslip there are all sorts of deductions in addition to income tax.

A standard French payslip – which by the way is printed on A4 size paper because there are so many deductions from your salary – is split into two parts; impôt sur le revenue (income tax) and charges sociales (social charges).

READ ALSO How to understand your French payslip

And one of the first things you notice is that social charges – which are things like compulsory pension contributions and unemployment insurance – are usually considerably more than the income tax you are paying.

There is also a hefty column of charges patronales or part employeur (employer costs) which is the contribution that your employer has to make to things like your pension, unemployment insurance and social security costs.

Your employer may also have to pay extra costs like paying for half of your mutuelle health insurance or your transport costs.

READ ALSO The perks and benefits that French employees enjoy

Before you get too gloomy about that, however, there is the possibility that you might get some money back from the tax man since you can claim for a range of deductions including childcare costs, charity donations and even the salary of a cleaner.

Depending on the industry you work in, you could also get tax rebates as part of historic agreements through the conventions collectives (collective agreements).

And then there is the consideration that all those French taxes fund things like France’s excellent healthcare system, generous unemployment benefits should you lose your job, and the mostly efficient train network.

PARTNER CONTENT
The US tax deadline is approaching: The Local’s readers save 10% on this trusted software

In the last two years, many people across the world have either considered leaving or have left their jobs amid the “Great Resignation” (or La Grande démission, en Français).

If you have thought about quitting your French job, or perhaps you simply want to understand the procedure for resigning in France, we’ve put together a guide that should answer all of your questions.

EXPLAINED: What you should know if you want to quit your job in France

Next, the French government is recommending that everyone become familiar with this website, and you’ll really to know how to use it if you will be living in France during the winter of 2022-2023.

Ecowatt is the government’s ‘energy forecasting’ website. It will provide you with daily updates and give you an idea as to whether the electrical grid is under stress due to energy shortages. The Local put together an article on how to sign up for alerts, which will help you keep track of whether your area is at risk for short, localised power cuts this winter.

‘Ecowatt’: How you should use France’s new energy forecasting website?

Amid potential energy shortages this winter and the cost of living crisis, foreigners living with France have been faced with learning a whole new set of French vocabulary words.

It can be difficult to keep up to date with the French news – even for native-French speakers. To help you follow along and stay informed, The Local has compiled a list of French terms you are likely to hear when the government or media discusses inflation, along with their English translations.

Parenting in a country you did grow up in comes with unique challenges and joys. One thing anglophone parents tend to wonder about is whether or not they should send their children to international schools (where English might be more widely spoken) or opt for local French schools.

The Local spoke with some anglophone parents, and compared the advantages and disadvantages of the various options in order to help you make the best decision for your family.

What kind of school in France is best for my kids?

Many foreigners living in France prefer renting to buying. When looking for that perfect home or apartment, there are a few things to consider. First and foremost – renting in France depends largely on where you live. Renting in a rural or suburban environment will differ greatly from renting in a big city. Nevertheless – renters across France are faced with the same question: furnished or unfurnished?

The two options differ in terms of price, convenience, and sometimes availability. You can read The Local’s guide to renting property in France.

Renting property in France: Should I go for furnished or unfurnished?

The 2024 Olympic Games are already on the horizon, even though they might seem far away. The city of Paris and its surrounding suburbs have already begun extensive preparations to host athletes, their families, and the thousands of fans who will come to enjoy the Games.

If you live in France and you are considering attending the games, The Local has put together what you need to know in order to secure your tickets.

How to get tickets for the Paris 2024 Olympics and Paralympics