Founded in 1887, this is the party expected to benefit most from this year’s election and is traditionally one of the biggest parties in Norway.

The Labour Party is on the left of the political spectrum but is the closest to the centre out of Norway’s left-leaning parties.

In their own words: “The Norwegian Labour Party is a social-democratic party committed to liberty, democracy and social justice. It is a reformist party that believes in partnership and cooperation on national as well as international level.”

Key players: Their leader Jonas Gahr Støre is the man widely tipped by polls and commentators to be Norway’s next PM. Many will have a keen eye on the deals and partnerships he will need to broker to form a coalition. In addition to this, it’s worth keeping an eye on deputy leaders, Hadia Tajik and Bjørnar Skjæran, as well as party secretary Kjersti Stenseberg.

You can take a look at profiles on the Labour party candidates where you live here.

The party of current Norwegian Prime Minister Erna Solberg has been in power since 2013. While Solberg is still popular with voters, it is expected that the right of centre party will no longer be in government after the election unless the left parties underperform and right parties overperform.

In their own words: “The Conservative Party will pursue a conservative, progressive policy based on Christian cultural values, constitutional government and democracy to promote personal freedom and social responsibility, co-determination and ownership rights, and a binding commitment to national and international cooperation.”

Key players: Current PM Erna Solberg is facing an uphill battle to remain PM. Health Minister Bent Høie will be hoping he will have done a good enough job handling the pandemic to remain health secretary, if the Conservatives are reelected to government. Foreign Minister Ine Eriksen Søreide, and Justice Minister Monical Mæland, who has been responsible for Norway’s Covid entry rules, will also be hoping to remain in cabinet if the Conservatives pip Labour and the Centre Party in the polls.

You can take a look at the current Conservative Party politicians currently in cabinet and the candidates representing your area here.

The party that’s the furthest to the right of all of Norway’s mainstream political parties, the populist party gained momentum throughout the 2000s and in 2013 formed part of a Norwegian government for the first time.

The Progress Party left the government in 2020 in protest over the return of Isis brides to Norway but is still the third biggest party in the Norwegian parliament with 26 representatives.

In their own words: “The Progress Party is a liberal people’s party. We work for a stricter immigration policy, safe care for the elderly, good hospitals, lower taxes and fees and better roads. A simpler everyday life for most people.”

Key players: Leader Sylvi Listhaug is relatively new to the role of leader of the Progress Party, having only taken over from Siv Jensen in May.

She has had several ministerial roles already and has been dubbed a rising star of the Progress Party and right-wing politics in Norway. Her relationship with Erna Solberg and how they work together should a right-wing coalition be on the cards will be crucial to both parties success. Deputies Ketil Solvi-Olsen and Terje Søviknes are also worth keeping tabs on.

You can take a look at FRP’s policies and politicians here.

The most ideologically flexible of Norway’s political parties, the Centre Party has been a part of both left and right-leaning governments.

SP’s roots are that of a party for farmers. They primarily campaign in the interest of protectionism and decentralization. They are popular in rural areas and focus their policy on people they say have been left behind by an Oslo-centric approach to policy in Norway.

In their own words: “The Centre Party aims to create the conditions for a harmonious development of society. A living democracy, built on Christian and national grounds, is a prerequisite for the people’s well-being and progress. The individual and human dignity must be central to society and show trust in the community.”

Key players: Leader Trygve Slagsvold Vedum has been the party’s leader since 2014 and could be considered a parliamentary veteran at this point, having been an MP since 2005 and having already held the position of Minister Of Agriculture previously. He also has an outside chance of being prime minister as it isn’t automatically guaranteed that Støre would take charge. Ola Borten Moe and Marit Arnstad are among the vital SP personnel going into the election.

You can read more about the Centre Party’s parliamentary candidates here.

READ MORE: What you need to know about Norway’s upcoming election

Originally made up of a coalition of smaller socialist parties and independent candidates, SV is now a mainstream democratic socialist party that’s to the left of Labour but not as far left as the Red Party.

Key issues for the Socialist Left Party are a robust public sector, a strong welfare state and environmental policy. However, they haven’t been involved in government since 2013.

In their own words: “The differences between the financially privileged and the rest of the population are increasing. Those who are poor or sick are continuously experiencing cuts in welfare benefits, and aid schemes are being eroded. Meanwhile, right-wing politicians are continuously cutting taxes for the rich. If these unfair differences are allowed to continue, our society of tomorrow will be a less inclusive place.”

Key players: Audun Lysbakken is the leader of the Socialist Left Party, so he will be spearheading their campaign to win votes. Torgeir Knag Fylkesnes is also one to have an eye on as he is the deputy leader and is already a member of parliament for Troms.

If you want to learn more about the Socialist Left Party, you can do so here.

Translated as left, the Liberals are actually a centrist party. The party is probably the most pro-immigration and pro-EU out of Norway’s main parties. However, despite the pro-EU stance, the party doesn’t advocate full membership of the EU, instead greater European cooperation.

The party has either been officially in government or not in government but supportive of Solberg’s centre-right coalition since 2013.

In their own words: “The Liberal Party wants to create a green future with freedom and opportunities for all. That is why we are cutting emissions, investing in schools and creating new jobs.”

Key players: Guri Melby, minister of education, has been party leader since 2020 and is flanked by deputies Abid Raja, who serves as culture minister and Sveinung Rotevatn.

You can take a look at the Liberal candidates here.

The Christian Democrat Party in Norway focus on a mix of socially conservative values and ideals and left of centre economic policy.

Unsurprisingly, Christian values remain at the heart of the party’s focus. The party has formally and informally supported PM Solberg’s government on and off since 2013.

In their own words: “KrF believes that everyone has a responsibility to care about other people, no matter who they are, what they can do or where they live.”

Key players: Leader Kjell Ingolf Ropstad has been an MP since 2009 and party leader since 2019. He currently serves as the families minister. Other noteworthy members are Agriculture Minister Olaug Vervik Bollestad, Aid Minister Dag-Inge Ulstein, and Knut Arild Hareide.

You can take a look at the Christian Democratic Party’s politicians here.

The Green Party are primarily focused on green policies and environmental issues. While they say that a left or right ideology doesn’t tie them down, generally, their policies place them on the left of Norwegian politics. The party’s main aim for this election will be getting above the four percent threshold.

In their own words: “The climate and nature crisis is the greatest injustice of our time. Short-term populism, growing differences and environmental destruction threaten the freedom and security many of us have taken for granted”.

Key players: Une Bastholm leads the Greens and is the party’s only member of parliament. Before that, she was an entrepreneur and environmental activist.

You can read more about the Green Party candidates and policies here.

The Red Party is furthest to the left out of any of Norway’s parties. The Red Party advocates replacing capitalism with socialism. They have only had one candidate enter parliament, and that was in the 2017 general election. Like the Green Party, the Red Party will be hoping to reach the levelling seats threshold this time around.

In their own words: “The Red Party aims to fight inequality in Norway. The growth of social disparities in the country means the top few percent get richer, while the purchasing power of ordinary people is progressively weakened.”

Key players: Party leader Bjørnar Moxnes and his deputies Marie Sneve Martinussen and Silje Josten Kjosbakken are the key members of the party.

You can take a look at the Red Party’s candidates here. 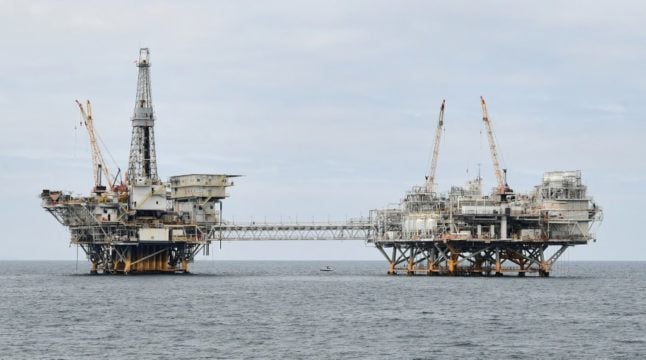 The Scandinavian nation — Europe’s primary natural gas supplier and a major oil producer — proposed 92 exploration blocks, including an unprecedented 78 in the Barents Sea in the far north. The other 14 are in the Norwegian Sea near the Arctic Circle.

“New discoveries remain necessary to continue to develop the Norwegian plateau” and are important for Europe, Oil and Energy Minister Terje Aasland said in a statement.

The announcement is part of the annual granting of oil licences in so-called “mature” zones that have already been widely explored. The centre-left government, lacking a parliamentary majority, reached an agreement with the Socialist Left party last year to forbid prospection in unexplored areas by 2025.

The government’s propositions sparked outrage among environmental organisations. Truls Gulowsen, head of the Norwegian branch of Friends of the Earth, condemned an “extremely aggressive” cycle of concessions presented as the United Nations and the International Energy Agency discourage further oil exploration to achieve climate goals.

The NGO said the proposal would violate the commitment not to explore virgin territory as some blocks were to be located far from existing infrastructure.

The right-wing opposition, a fervent defender of Norway’s oil sector, said the move was a “tactical game” by the government to give itself bargaining chips to use in future negotiations with the Socialist Left.

Oil industry body Offshore Norge welcomed the fact that “attractive areas” would be opened to prospection.

The proposals will go to a public consultation. Oil companies must submit their applications later this year and licences will be granted in January 2024.

The Barents Sea has long been seen as a productive area for the energy sector, but oil and gas extraction is so far only taking place at two sites in Norwegian waters.