A close up image of a police car. Photo by Maximilian Scheffler on Unsplash

The incident took place in February 2020 in the Swiss city of Basel, where two men raped a 33-year-old woman in the entrance of her apartment in Elsässerstrasse.

The sentence, which was handed down at the start of August, has caused controversy not only due to its lenient nature, but due to the mitigating factors cited by the judge in the case.

One of the men was a minor and as such will be sentenced in juvenile court. The other, a 32-year-old man, had his sentenced reduced from 51 months to 36 months on appeal and as a result will be released from detention in a few days due to time already served.

In reducing the sentence for the 32-year-old man on appeal, justice Liselotte Henz said there was only “moderate fault” for the perpetrator in the context of Swiss criminal law.

While the court report has not yet been released, Swiss media has reported several aspects of the judgement seemed to blame the victim rather than the perpetrator for the attack.

Several factors came into account in the reduced sentence, including that the attacks – which lasted 11 minutes – were “relatively short” and that there were no permanent physical injuries to the victim.

The judge said the victim had been “playing with fire” in the lead up to the attacks.

The judge also appeared to blame the victim for “the signals she sent out to the men”, referencing behaviour in the club where they met where the woman had withdrawn to a toilet with another man.

As both men are Portuguese nationals, the sentences will include a period of deportation from the country, which is expected to be six years for the adult offender and is not yet set for the minor.

Protests and outcry in Switzerland

On Sunday, August 8th, around 500 people protested outside the appeals court in Basel where the verdict was handed down.

Protesters at the rally, which police said was unauthorised but peaceful, carried signs emphasising the need for consent and chanted “11 minutes is 11 minutes too many”.

Signs carried by the protesters said “there is no such thing as a short rape” and complained that the legal system “was sending the wrong signals” to the general public.

The victim’s lawyer said she was shocked by the verdict.

Agota Lavoyer, who runs a victim assistance organisation in the canton of Solothurn, said the “shameful” verdict “cements rape myths”.

The verdict has attracted condemnation from across the political spectrum, with both left and right-wing political groups speaking out against it.

“The fact that the woman is portrayed as an accomplice because she may have entered into contact with other men is a harmful mixture of consensual acts and rape.”

Marcel Columb, from the Basel Social Democrats, said it sent the wrong signals to victims of sexual violence.

“A four year sentence was already mild, but now to imply the woman was complicity due to her behaviour to someone uninvolved with the crime is unbearable. What a sign for all victims of sexualised violence.”

Jérômie Repond, from the right-wing Swiss People’s Party, asked “What kind of society do we live in?” after the verdict, while party colleague Pascal Messerli said the sentence was too short when the victim would have to live with it her entire life.

The victim and the Basel public prosecutor have said they will wait for the publication of the written ruling before deciding whether to appeal to the Swiss Federal Court. 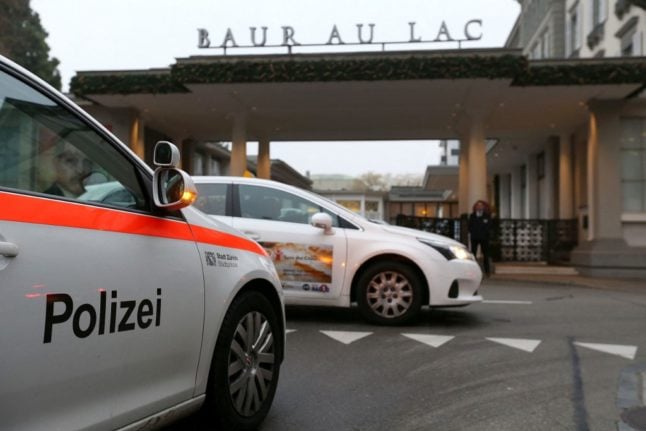 A 38-year-old American citizen reportedly stabbed two people in districts 5 and 1 one hour apart on Wednesday morning, fleeing after each attack, Zurich police said in a press release.

The first victim, whose injuries were severe enough to require emergency surgery, was stabbed at around 9.45 am on Hardturmstrasse, in the area of the VBZ tram stop Fischerweg.

The second attack occurred on Schweizergasse, near the Pestalozzi facility.

The police didn’t specify what the suspect used to attack his victims, just saying it was a “stabbing weapon.”

Based on witness descriptions, the suspect, whose identity beyond his nationality and age has not been released, was apprehended soon after the second attack and is now under investigation for “serious violent crime.”

It is also not known at this point whether the alleged attacker is a tourist or resident, whether he knew his victims, or what his motives were.