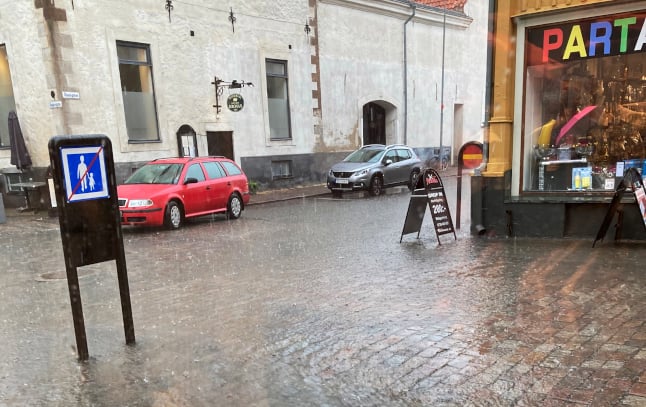 Up to 40 millimetres of rain fell locally in Kalmar on Tuesday, and around 24,000 households lost power for three hours.

Several shops were flooded, although it did not come close to the fatal floods seen in other parts of Europe in recent weeks.

The rainband was set to move north across central Sweden on Wednesday, but by the morning all heavy rain warnings previously issued by national weather agency SMHI had been lifted with the worst of it appearing to subside.

But SMHI meteorologist Mattias Lind warned of sudden local rain showers. “If they hit communities they could have major consequences, if the water can’t be absorbed when such large amounts fall in a short time, so it depends on where these showers end up.”

Around four millimetres of rain was expected to fall in Stockholm on Wednesday, but sunshine was forecast for northern Sweden, where wildfire warnings remained in place.

WEATHER
‘We don’t have much time to waste’: How will climate change affect Sweden?
Url copied to clipboard!