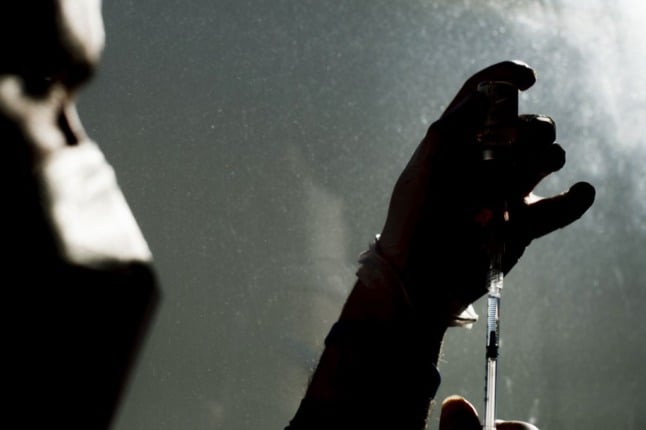 The new report released on Thursday by the GIMBE Foundation, Italy’s group for evidence-based medicine, said the country urgently needs to increase coronavirus screening and contact tracing, as well as analysis and sequencing of data on new strains.

It also sounded the alarm over a recent drop in the number of vaccinations carried out in Italy, and claimed that the number of new cases in the country was probably underestimated as testing rates had recently fallen.

The report urged the government to follow recommendations from the European Centre for Disease Prevention and Control (ECDC), which said this week that the more infectious Delta variant of coronavirus, first identified in India in late 2020, would soon account for 90% of cases within the EU as summer travel helped facilitate the spread.

“A ‘wait-and-see’ strategy on managing the Delta variant is unacceptable,” wrote GIMBE head Dr. Nino Cartabellotta in the new report.

“The measures recommended by the ECDC must be promptly implemented: enhance sequencing and contact tracing, implement screening strategies for those arriving from abroad, and accelerate the administration of the second dose in over 60s,” he said.

This would mean a change in approach to managing the pandemic in Italy, where authorities have so far hoped that the vaccination programme, along with public health measures such as mask-wearing, would be enough to keep new variants in check.

On Twitter, Cartabellotta said: “You can’t control the Covid pandemic only with vaccines, masks and distancing. Today the Delta variant requires tracing and sequencing”.

He added that the government’s approach of “hoping we can manage” had to change.

GIMBE also stated in the report that there was currently an “absence of reliable data on the presence of the Delta variant in Italy.”

Italy’s Health Ministry and Higher Health Institute (ISS) last week estimated that only one percent of cases in the country were caused by either the Delta or Kappa variants.

But independent data analysis found that the Delta strain may actually now account for more than a quarter of Italy’s coronavirus cases.

Some 26 percent of the country’s new cases can be attributed to Delta, according to an international report by the Financial Times together with data from Belgian research institute Sciensano, based on figures from the virus-variant tracking database Gisaid.

Analysis of the same data set by GIMBE found that the figure had risen to 32% this week.

The report placed Italy fifth in the world for the share of cases driven by the spread of Delta, coming behind the UK, Portugal, Russia and the US.

Amid rising concern about the impact of the variant, which is thought to increase the risk of hospitalisation, Italian health authorities on Monday imposed new travel restrictions on arrivals from the UK – almost a month after other EU countries including France and Germany did the same.

Meanwhile, Italy is easing its own coronavirus restrictions as the infection rate has fallen in recent weeks and months.

The nationwide Rt number, which shows the rate of infection, remained steady this week at 0.69.

While the number of new infections in Italy appears relatively low at the moment, Cartabellotta said this may be an “underestimation”.

The GIMBE report also found that the number of vaccine doses administered in Italy had dropped over the past week for the first time in months, by -4.5% week-on-week.

At the moment, just over a quarter of the Italian population is fully vaccinated against Covid-19, compared to 46% in the United Kingdom.

Cartabellotta described Italy’s percentage as “worrying” considering “the lower effectiveness of a single dose against this variant “.

He pointed out that some 2.5 million people aged over 60 in Italy have not yet received the first dose of a vaccine.

As the number of new coronavirus infections in the UK has risen sharply in recent weeks, health authorities attributed the relatively low number of hospitalisations and deaths in the country to its higher rate of vaccination coverage.

“Based on available scientific evidence, the Delta variant is more transmissible than other circulating variants and we estimate that by the end of August it will represent 90% of all SARS-CoV-2 viruses circulating in the European Union,” stated Dr. Ammon.

“Unfortunately, preliminary data shows that it can also infect individuals that have received only one dose of the currently available vaccines.”

“It is very likely that the Delta variant will circulate extensively during the summer, particularly among younger individuals that are not targeted for vaccination.”

“This could cause a risk for the more vulnerable individuals to be infected and experience severe illness and death if they are not fully vaccinated.”

In its latest weekly coronavirus data monitoring report, released on Friday, the ISS confirmed there were “clusters of the Delta variant” in Italy, and warned that this variant was more contagious and had the potential to partially elude vaccines.

The report also called for more sequencing and renewed efforts to increase vaccination coverage in order to prevent the country’s health situation from worsening.

“With the continued spread of monkeypox in Europe, we will expect to see more deaths,” Catherine Smallwood, Senior Emergency Officer at WHO Europe, said in a statement.

Smallwood emphasised that the goal needs to be “interrupting transmission quickly in Europe and stopping this outbreak”.

However, Smallwood stressed that in most cases the disease heals itself without the need for treatment.

“The notification of deaths due to monkeypox does not change our assessment of the outbreak in Europe. We know that although self-limiting in most cases, monkeypox can cause severe complications,” Smallwood noted.

The Spanish health ministry recorded a second monkeypox-related death on Saturday, a day after Spain and Brazil reported their first fatalities.

The announcements marked what are thought to be the first deaths linked to the current outbreak outside Africa.

Spanish authorities would not give the specific cause of death for the fatalities pending the outcome of an autopsy, while Brazilian authorities underlined that the man who died had “other serious conditions”.

“The usual reasons patients might require hospital care include help in managing pain, secondary infections, and in a small number of cases the need to manage life-threatening complications such as encephalitis,” Smallwood explained.

According to the WHO, more than 18,000 cases have been detected throughout the world outside of Africa since the beginning of May, with the majority of them in Europe.

The WHO last week declared the monkeypox outbreak a global health emergency.

As cases surge globally, the WHO on Wednesday called on the group currently most affected by the virus — men who have sex with men — to limit their sexual partners.

Early signs of the disease include a high fever, swollen lymph glands and a chickenpox-like rash.

The disease usually heals by itself after two to three weeks, sometimes taking a month.

A smallpox vaccine from Danish drug maker Bavarian Nordic, marketed under the name Jynneos in the United States and Imvanex in Europe, has also been found to protect against monkeypox.