One of Germany's most famous staircases, at the Bauhaus-Universität Weimar. Photo: picture alliance/dpa | Martin Schutt

Das Sitzfleisch – You may be familiar with this term if you have ever had to apply for Anmeldung (city registration) in Germany. Sitzfleisch, literally meaning ‘sit meat’ is the ability to sit still, particularly through long and tedious events.

Although we all know the stereotype that Germans love efficiency, the country’s love affair with bureaucracy suggests the opposite might be true, and it means Germans and expats alike often have to be quite patient when sorting out anything to do with rent, tax or education.

READ ALSO: EXPLAINED: What you need to know about dealing with German bureaucracy online

Der Aufschnitt – At first, you might be wondering what is so special about this German word, which we would translate to ‘cold cuts’ in English. In Germany, however, this is not just a snack but a whole cuisine.

Some of the staples of traditional German cuisine are meat, cheese, and most importantly bread. To have a meal of Aufschnitt means to sit down to an array of these things, and is a particularly popular meal for most Germans to prepare when no-one feels like cooking.

Eine Extrawurst bekommen – In a land famous for its sausages, you should not be surprised that Würste appear in so many common German sayings. One of the most common of these is eine Extrawurst, which means special treatment. If a person immer eine Extrawurst bekommt (always gets an extra sausage), it means they are being given an unfair advantage.

There is often an expectation of fairness and equity in many parts of German life, and Germans will not hesitate in pointing out when something is amiss. The idea of a teacher’s pet is much less likely to go unchallenged here than in other cultures.

Das Weichei – This term may confuse you at first, and you might expect to see it on a breakfast menu rather than hurled as an insult. The term Weichei literally means ‘soft egg’ but it is used to refer to someone who is a bit of a wimp, or a sheep.

Germans can often be quite forthcoming with their opinions, and look down on those who merely follow the crowd, or who are easily influenced.

Das Luftschloss – Germans are often fairly realistic when it comes to their hopes and expectations, but there are of course still some dreamers about. These people would be guilty of having Luftschlösser, or pipe dreams. The word translates to ‘air castle’ in English, referring to unreachable fantasies.

Die Schnapsidee – In English, we’ve borrowed the word Schnapps, which we tend to use to mean a fruity alcoholic beverage, from the German Schnaps, which refers to any kind of alcoholic spirit. A Schnapsidee is an outlandish or crazy concept, perhaps one that you would have to be drunk to come up with.

Schnappsidee! How a Berlin barman is serving up laughs as well as cocktails https://t.co/2whfvK6X1u pic.twitter.com/14r5l2lNdz

It is fairly well known that Germans like to drink, though beer is usually their beverage of choice. It is therefore apt that the word for a foolish idea has something to do with drunkenness. This term is fairly common, and is also used in cases when there is no alcohol in sight.

Der Treppenwitz – Germans aren’t famed for their humour, and this concept suggests their comedic timing could be the problem. A Treppenwitz (staircase joke) is a quip that you think of after the opportunity to tell it has passed.

If you have ever been left speechless by a conversation, only to think of the perfect witty response on your way out of the situation, this would be your Treppenwitz.

READ ALSO: A laughing matter: Looking beyond the stereotype of the serious German

Das ist nicht mein Bier – Beer is part of the fabric of life in Germany, so it is not surprising to find it in this common idiom. In English, we might say something is ‘not our bag’ if it is not quite our cup of tea. In German, however, if a food, activity or style is not for you, you would say it is not your beer.

The phrase in itself is not overly negative, and more an insight into a culture that is fairly accepting of individual opinions and preferences, even those having to do with more important matters than beer. 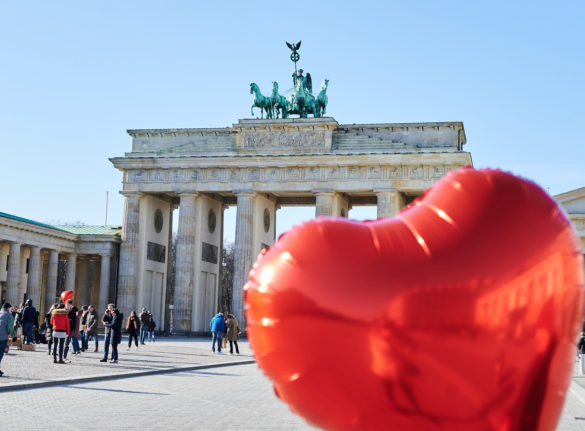 The feeling of excitement and anticipation when you set eyes on your crush is the same for Germans as it is for English-native speakers, it seems: the phrase “having butterflies in the stomach” – or Schmetterlinge im Bauch – is widely used in Germany too.

Before you reach the being-in-love part of a relationship, you may find yourself being verknallt in someone – meaning to have a crush on someone.

READ ALSO: ‘A huge leap’: How it feels to move to Germany for love

As the noun Knall means “bang” or “crash” in German, it’s likely that the expression comes from the feeling of being hit with a crashing infatuation.

If you want to hear the phrase sung, along with some other sweet German declarations of loving admiration, listen to this song from German cabaret sing, Helge Scheider.

If you want to take things up a notch from hand-holding and smooching, you might want to drop this one into conversation with your beau.

Anmachen literally means “to switch on” in German, but in the context of love, it means “to turn on”.

A stone-cold dating classic that’s sure to bring a smile to your German sweetheart’s face. Meaning “you have beautiful eyes” this phrase is a guaranteed winner. Of course, you can replace Augen (“eyes”) with any other part that you find particularly beautiful. Ahem.

Used sparingly, this phrase, which means “I can’t stop thinking about you” can be the ultimate compliment for your German lover. Try not to overuse it though, lest you stray into creepy territory. 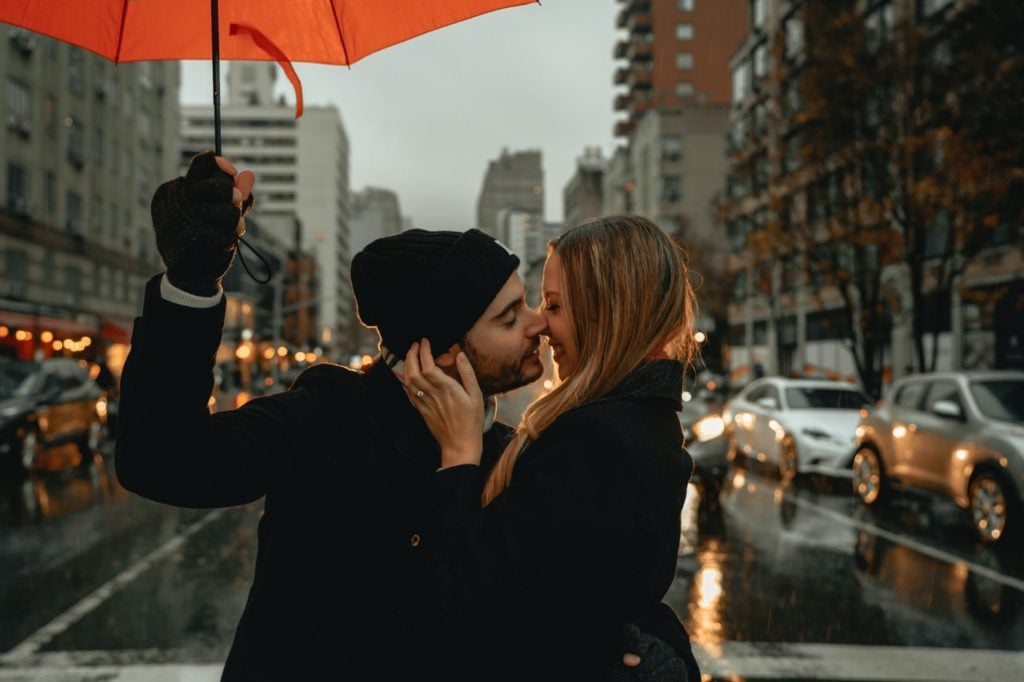 In the modern world – and especially in the dating scene of the German capital, Berlin – it might not always be clear where you stand with your lover in terms of exclusivity.

READ ALSO: 10 reasons why you should date (or even fall in love with) a German

To clear things up and move to the next level by becoming an official girlfriend or boyfriend you can ask this question, which means “Do you want to be my boyfriend/girlfriend?”

Ah, to be in love. This is the phrase you want to save for that special someone when you know it’s really love, as it means “I am in love with you”.

Another, very straightforward way to declare your love is to say “Ich liebe dich” or even “Ich hab’ dich lieb”.

Even if you don’t know any German, you can probably guess what this one means. But it’s just so crucial – we put it in anyway. Now kiss me.