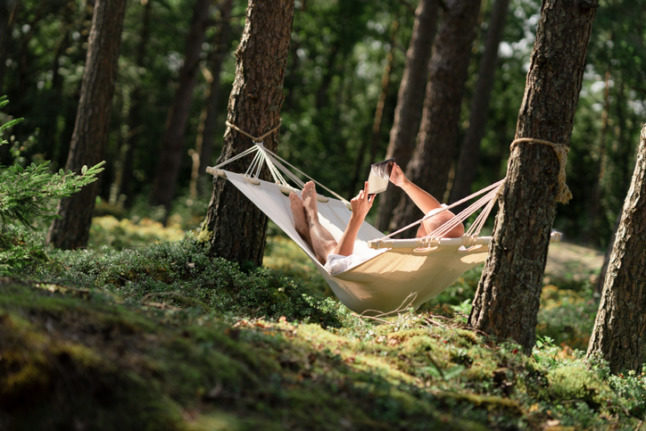 Here, in partnership with Stockholm University, and by drawing on some of its world class research, The Local looks at five ways you can make your new life a little easier.

1. Get out in the sunlight to protect your health

Summer is finally here and it’s not just the warmer weather that brings a welcome change if you live in Sweden. After the darkness of winter, the long hours of daylight also mean you can spend evenings outside, topping up your vitamin D through sun exposure.

Vitamin D deficiency can leave you feeling tired, lacking in energy, and even with symptoms of depression. It has also been linked with various chronic diseases.

One 2015 study found that up to half the Swedish population may suffer from a lack of vitamin D in the winter months. More recent research involving Stockholm University’s Stress Research Institute and the Karolinska Institute found that people born outside Europe are far more likely to lack vitamin D than European-born Swedish residents.

You really do need to make the most of the Swedish summer while it lasts – just be careful not to burn!

2. Never give people a reason to gossip about you!

Around one in five residents of Sweden were born abroad. But don’t be fooled into thinking the country doesn’t have its own distinct social rules. A recent international study, led by Kimmo Eriksson at Stockholm University’s Centre for the Study of Cultural Evolution, looked at how different countries treat people who break social norms.

More than 20,000 people in 57 countries were asked how they would respond to incidents such as someone taking too much of a group resource or listening to music on headphones at a funeral.

So, how will Swedes treat you if they consider you a norm-breaker? Simple: they’ll gossip about you behind your back. Other studies have already found that gossip can be highly effective in upholding social norms.

But Swedes view physical confrontation or completely avoiding the person in question (which gain wide support in countries such as Algeria and Indonesia) as inappropriate, according to the new research.

So, now you’ve been warned: observing Swedish social rules could help ensure you aren’t the subject of gossip that might do lasting harm to your reputation.

World class research in an international environment: find out more about life at Stockholm University

Finding a job in Sweden proves a major challenge for many newcomers, including the partners of international people who move for work. It’s important to adjust your approach to match Swedish business culture, which is more informal than in many countries. Job applications should reflect the local culture.

For example, you may just open an email with ‘Hej’ and the first name of the person you’re applying to, if you know it. Be sure to also keep your CV short – one page if you can, two at the most – if you want a Swedish hiring manager’s attention.

If you have solid Swedish skills, doing an application and interview in Swedish could be a real advantage. But well-written English is more likely to make a positive first impression than Swedish that’s full of errors.

Not sure where to start? Look out for mentorship programmes for newcomers, such as the City of Stockholm’s Stockholmsmentor.

Are you constantly tired? Well, here’s some good news. If you just can’t get enough sleep during the week, you should know that sleeping longer at the weekend to compensate is good for you!

That was the conclusion of a study by Torbjörn Åkerstedt, professor emeritus at Stockholm University’s Stress Research Institute, involving data from more than 40,000 people in Sweden.

Do you like talking with strangers in a queue? Or at bus stops? Besides the pandemic, you now have another reason not to bother: you live in Sweden and the locals are really not so keen on small talk.

Don’t worry, they’re friendly enough once you know them. But many Swedes just see no point in chatting with strangers. Perhaps you can spend the time you’ll save working out how to cut down your CV?

If avoiding small talk remains totally foreign to you, maybe you need to study more about Swedish society and everyday life to understand the roots of the country’s culture.

Stockholm University is one of the world’s top 100 universities: find out more about its study programmes including many in English