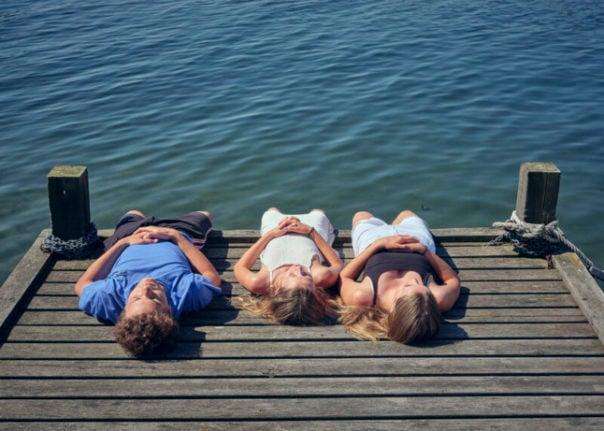 What can you do now?

Sweden’s five-step plan to lifting coronavirus restrictions gets under way on June 1st.

From this date, amusement and animal parks can reopen, albeit with a limited number of visitors. Permanent amusement parks such as Liseberg, Gröna Lund, Skara Sommarland and others will be allowed one person per 20 square metres.

Up to 50 people will be allowed at cinemas, theatres and other seated indoor events. Up to 500 spectators are also allowed at sports events that can offer designated seating. In smaller arenas or standing events, the maximum is 100 spectators.

Up to 150 people will be allowed at running events, orienteering, swimming and other outdoor competitions.

The maximum rule of eight people at public events will no longer apply to markets.

Masks are still recommended on public transport in many regions, but this mandate could change in mid-July.

From June 1st Sweden’s föreningar, the clubs and voluntary organisations that are an important part of society, will no longer have to hold their formal meetings digitally and can choose to hold a small in-person meeting instead.

The return of late(r) night drinking

Something that many have longed for is enjoying the longer summer evenings on a restaurant or pub terrace. Restaurants and bars can now stay open until 10.30pm, but they need to stop serving alcohol at 10pm.

You’ll still only be able to sit with a maximum of four people to a table and there needs to be a minimum of one-metre distance between each group with table service only.

You can read more about the changes to all the pandemic restrictions here.

Given the speed of progress in vaccinations and the dramatic fall-off in infections Sweden experienced last summer, the odds are that the reopening can go ahead as planned, unless a particularly virulent, vaccine-immune coronavirus variant emerges.

It’s worth remembering that the regions may still have narrower restrictions. To find out what applies in your region, you can find information in English on the official website KrisInformation.

The next step in the opening plan will take effect on July 1st, when the participation limits will be raised further. The advice to only hang out with people in your immediate circle will also disappear.

Is it possible to travel to Sweden?

Sweden has extended the entry ban for non-EU travellers through the summer, but lifted a requirement to show a negative Covid test for visitors from the Nordics.

From May 31st, it will be possible to travel to Sweden from Denmark, Finland, Norway and Iceland without having to show a negative Covid-19 test on the border.

But the test requirement for people from other EU and EEA countries has been extended to June 30th.

Budget airline Norwegian has just started operating routes from Sweden again, after shutting down traffic during the pandemic.

Sweden has not yet confirmed how it plans to use the European “Green Certificate” vaccination card, but is expected to announce the details in mid-June.

Parliament will vote on the new migration law

In April, the government proposed a draft bill to change the country’s migration laws. Parliament is now set to vote on this bill on June 22nd.

If approved, it is set to come into force on July 20th, 2021, and replace temporary legislation which was introduced in 2016 to bring down the unprecedented number of asylum requests at the time.

The bill makes, for example, residence permits for refugees time-limited as a rule of thumb rather than permanent. Since the temporary law was introduced temporary permits have been the norm in Sweden, but before that permanent permits were the default since 1984.

It also brings in exceptions from family maintenance requirements for Swedish and EU/EEA citizens who wish to bring their partner to Sweden, and makes it easier for people living in Sweden on temporary residence permits to have family members move to join them.

Note that a language requirement for permanent residency, which was floated when the bill was being drafted, is not one of the changes that will come into effect on July 20th. There are also plans in the pipeline to introduce similar requirements for Swedish citizenship, and these plans will be developed in tandem at a later stage. So it is not yet clear how it would work in practice, or when or if it would be implemented.

The Local takes a look at the key proposals in the government's planned overhaul of Swedish migration law and what they mean for you. https://t.co/dfodXQdxAT

Most schools in Sweden end term on or around June 10th, with studenten graduation ceremonies taking place in the first and second weeks of June.

As long as schools release pupils for the traditional utspringning, or “running out” ceremony, on a class-by-class basis, some adults can enter the schoolyard to receive pupils, and celebrate the end of the school year.

It’s officially shorts season. The days are the longest of the year and the forecast is set to remain sunny for the first few weeks of June.

Due to the humid spring weather and the current heat, you can expect a sudden influx of mosquitoes in different parts of the country.

Midsummer’s Eve falls on June 25th. Smaller public Midsummer’s Eve events of up to 100 people non-seated, or up to 500 people seated will in theory be possible, however as most Midsummer’s events attract far more people than this, it is likely that most won’t go ahead in any case. When it comes to private events, the health agency’s recommendation remains to only meet people in your “inner circle”, and not to socialise with people you don’t normally see. If you hire premises for a private Midsummer party, you can only have up to eight guests.