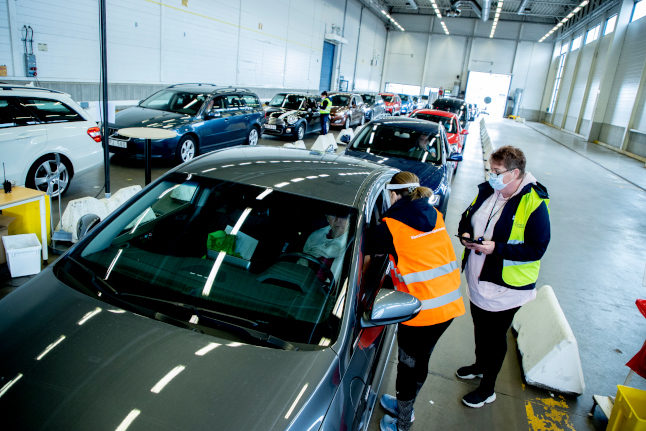 Here’s when your mortgage may get pricier

Sweden’s state-owned mortgage bank SBAB predicts that the cost of your mortgage is set to rise in spring 2023. This is because they expect Sweden’s Central Bank, the Riksbank, to raise its key interest rate above zero for the first time in over six years.

The Riksbank itself has said it thinks the interest rate will remain unchanged for another three years, but as inflation is rising, SBAB thinks it will be hiked ahead of schedule.

Between February and April, police received around 100 reports a month of attempts to defraud victims of their money under the pretence of booking a vaccine slot. This figure was down to 29 reports in the first 29 weeks of May, reports Swedish public radio Ekot.

The scam usually works like this: the fraudster calls and offers to help book a Covid vaccine appointment. They then ask the victim to prove their identity using a digital ID (such as BankID) and manage to gain access to the victim’s bank account.

So how do vaccine appointments actually work? In most regions, booking is done online using 1177.se, sometimes with a BankID and sometimes not. Some regions will send you a letter to let you know that bookings are open for your age group, but no regions will call you out of the blue and ask you to identify yourself. Sweden extends warning against non-EU travel, but removes 7 countries from the list

Sweden’s foreign ministry has again extended its advice against non-essential travel to non-EU countries until at least July 1st, with a few exceptions.

From June 1st, some countries will be exempted from the list, meaning travel from Sweden to the following countries will no longer be advised against: Australia, Israel, New Zealand, Rwanda, Singapore, South Korea and Thailand. These countries had previously been removed from Sweden’s non-EU entry ban, but it is the first time that they are added to the exempted list for travel in the other direction.

All countries in the EU, EEA and Schengen area, as well as the UK, have already had the travel advisory lifted, although this does not mean travel to these places is encouraged.

Sweden's foreign ministry has again extended its advice against non-essential travel to non-EU countries until at least July 1st, with a few exceptions. https://t.co/XrW3itjBX1

The Swedish Transport Agency has called on Swedish airlines to consider avoiding the airspace of Belarus, after Belarus forced a Vilnius-bound Ryanair flight carrying journalist Raman Pratasevich, a critic of the regime, to land in Minsk and arrested him.

The Transport Agency issued its recommendation shortly after 3pm on Monday, saying that it was acting on the advice of the European Aviation Safety Agency (EASA).

“The Swedish Transport Agency urges Swedish airlines to take into account the uncertain situation and that they should therefore consider avoiding flying in Belarusian airspace,” the agency wrote, with the agency’s unit manager Simon Posluk adding that the advice would remain valid until “the situation and the issue has stabilised”.

Scandinavian airline SAS said it would comply with the recommendation.

Scandinavian airline SAS said on Monday that it would avoid Belarusian airspace after Belarus forced a Vilnius-bound Ryanair flight carrying an opposition blogger to land and arrested him. https://t.co/Nq1K5tY4je

Swedish Mother’s Day is coming up

Mother’s Day is celebrated on different days in different countries, and in Sweden the celebrations take place on the last Sunday of May – that’s this coming Sunday.

More than 86 percent of Swedes plan to celebrate Mother’s Day this year, according to the Swedish Trade Federation, an increase that’s likely linked to the Covid vaccinations enabling families who live apart to go and meet their parents and grandparents.

People spend on average around 200 kronor on Mother’s Day, which is low compared to the estimated 600-700 kronor that Americans spend, writes Swedish newswire TT.