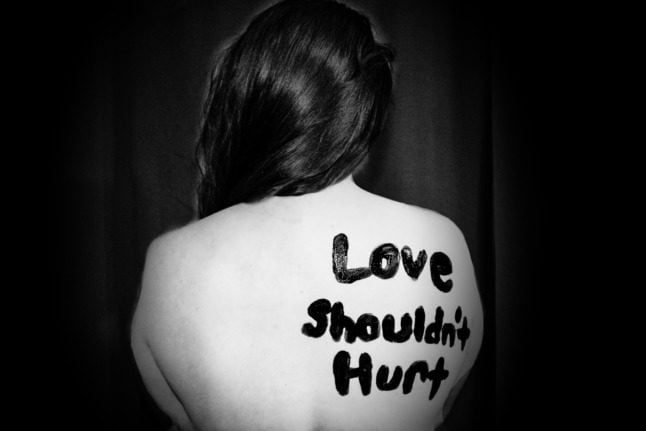 Photo by Sydney Sims on Unsplash

In early May, a 50-year-old woman and her 76-year old mother were shot and killed in the Salzburg Flachgau region.

Just days before, a woman was killed in Vienna.

This led to demonstrations against ‘femicide’ (the murder of women) in the capital and prompted the Minister of Social Affairs Wolfgang Mückstein to says, as the father of two daughters, he was “sad and angry” about the deaths.

So far this year 11 women have been murdered in Austria, making it the only EU country in which more women were killed than men.

READ MORE: Outrage in Austria over ninth woman is murdered in 2021

This has led some to ask whether there is a problem with violence against women culturally embedded in Austrian society.

Despite widespread political and academic discussion on the topic, there is no consensus on why murders of women are so prevalent in Austria.

Austrian writer Gerhard Ruiss, who created the initiative ‘Femicide – It’s All About Us’, told Germany’s Süddeutsche Zeitung that violence protection projects and women’s shelters are chronically underfunded in Austria.

Ruiss also indicated that an assessment of femicides often shows major police failings, particularly as the offenders often have long histories of violence and are “known to the authorities”.

However, a representative of the Archdiocese of Vienna claimed in a Die Presse newspaper comment piece that Austria did not have an unusual level of femicide in a European comparison, saying the country was “only remarkable” because it recorded very few murders of men in an international comparison.

Speaking to The Local, Teresa Ulleram of domestic violence charity Wiener Interventionsstelle gegen Gewalt in der Familie (Vienna Intervention Centre against Violence in the Family), agreed this could be the reason women seemed to be statistically more likely to be murdered than men.

“Most murders here do not happen on the streets or in public spaces, but actually at home, ” she said. “Domestic or family violence is a phenomenon that is primarily directed against women and children.”

Ulleram said in the vast majority of cases of femicide, the perpetrators are male, and are even often close relatives.

Not necessarily related to immigration

Despite claims to the contrary by some political parties, the statistics show the increase in murders is not necessarily related to immigration.

Maria Rösslhumer, the Head of the Association of Autonomous Austrian Women’s Shelters, told Zett magazine that the problem was too widespread in Austrian society to be blamed on immigrants.

“Politicians try to play down violence against women by increasingly labelling it as an “imported problem” that came to Austria through migration. But that’s not true,” she said.

“There is a problem in Austria with violence against women that cannot be reduced to migrants. Every fifth woman experiences physical or sexual violence in her life.”

The Local has reported previously on Austria’s relatively relaxed laws on gun ownership.

In May, Austrian gun manufacturer Glock prompted outrage with an advert in which a gun was shown in a Mother’s Day advert.

However, Ulleram was not convinced stricter gun laws would make the problem disappear. She said more gun control was “important” but perpetrators also used weapons such as knives or even their own hands to commit murders.

Although Austria signed the Istanbul Convention (an international treaty creating binding legal norms against violence against women and domestic violence) in 2011 and ratified it in 2013, not all the conventions recommendations and measures have been implemented yet in Austria, Ulleram said.

She called for a variety of measures to prevent femicides – such as more budgeting for victim protection institutions, and greater funding for the police and justice.

One positive aspect is women in Austria are protected by “very good laws,” Ulleram said women were particularly vulnerable just before or after a separation.

In Austria the Protection Against Violence Act was passed in 1997, and since then, women no longer have to automatically leave their homes and go to a women’s shelter in the case of violence in the home. Instead perpetrators can be made to leave by the police.

Last week, a government round table took place at which a package of measures against violence against women and to strengthen violence prevention was decided.

More money will be made available for violence protection institutions and for work with perpetrators such as men’s counselling.

Violence against women can be attributed to ‘many causes’

However, these more steps will not totally address the most fundamental root cause of violence identified by domestic violence charities  – the patriarchy.

Ulleram said that violence against women can be attributed to many causes, and in Austria was “deeply” embedded in patriarchal and historically developed social structures.

One telling statistic is that Austria is still one of the EU countries with the largest gender pay gap between women and men.

The change affects any parent that is being prosecuted for an assault on the life, physical integrity, freedom, moral or sexual integrity of their partner or their children.

“No regime of visits or overnight stays will be set up, and if one already exists, it will be suspended in the case of a parent who is facing criminal proceedings,” says article 94 of the civil code.

It also applies to cases where a judge has accepted that there are “well-founded indications of domestic or gender-based violence”, it says.

But a judge could still authorise visits or contact “based on the best interests of the minor… following an assessment of the parent-child relationship,” it says.

The change does not affect those who have already been convicted of such offences, whose visitation rights are laid down in their sentence.

The reform was published in the official state bulletin at the start of June just days before police found the body of a six-year-old girl believed murdered by her father, who had snatched her and her baby sister in April.

Investigators believe the father — who had a history of domestic violence — also killed the toddler then committed suicide in a case that shocked Spain.

The six-year-old’s body was found on the seabed, wrapped in a bag weighted down with an anchor, but so far, police have not found any trace of the father and the missing toddler.

Since 2013, 41 minors have been killed by their fathers, or by a partner or ex-partner of their mothers, government statistics show, in a gender violence phenomenon known in Spain as “violence by proxy”.