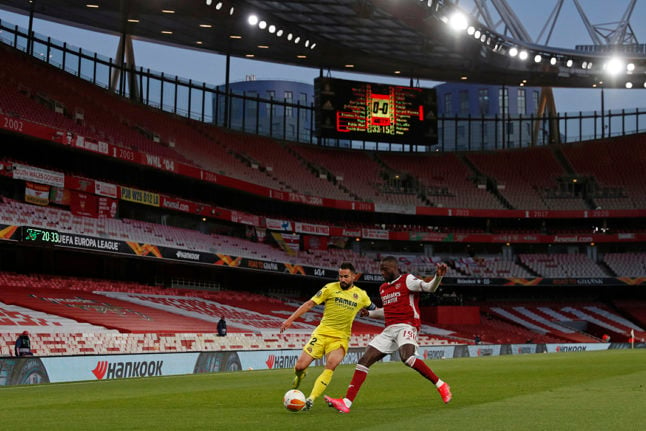 Ek co-founded Spotify with Martin Lorentzon in 2006, and the company which made its debut on the New York Stock Exchange in 2018 now has a market capitalisation of $56 billion.

Bald, bearded and usually seen in sneakers, T-shirt and a blazer, Ek is known for his reserved style and pragmatism. He’s a shy problem-solver with a creative streak who takes long walks to think things through and prizes collective teamwork over the individual.

Ek got into computer programming as a young child, and was a dollar millionaire by the age of 23 when he sold his online advertising company, Advertigo, in 2006 for a reported $1.25 million.

“But he’s more of a businessman than a tech nerd,” Sven Carlsson, co-author of “The Spotify Play”, told AFP, painting him as a visionary.

“He’s always thinking six months ahead. He’s not into the details. He’s known for having ambitious, lofty goals, with no understanding for how unrealistic they are,” he said.

“He thinks big, and he has patience” to see those projects through to fruition.

Ek was raised in Stockholm’s working-class suburb of Rågsved. His father left the family when Daniel was young.

“He’s always had something to prove… Being left by his dad was a formative experience,” Carlsson said.

Pelle Snickars, co-author of “The Swedish Unicorn: the Story About Spotify”, describes Ek as “quite Swedish in terms of values”.

“We don’t see him on magazine covers alongside celebrities, he’s not hierarchical and does not hesitate to showcase his collaborators,” Snickars told AFP.

With around 9 percent of Spotify’s capital and 37 percent of voting rights, Forbes put Ek’s fortune at an estimated $4.8 billion in April 2021.

In 2006, Ek and Lorentzon came up with the idea of creating a platform to distribute music online legally, a practice that was dominated by illegal file sharing sites at the time.

The duo experimented with sharing MP3 music files between the hard drives on their computers. In October 2008 Spotify was finally ready to go live after Ek pleaded with music labels to open their catalogues.

“Innovations are never entirely new,” Ek told the Royal Institute of Technology (KTH) in Stockholm during a 2013 visit.

“The success comes from combining things that already exist and trying to solve a problem that one is really involved in,” he added.

Ek reportedly dropped out of the university’s engineering programme to pursue an IT career – though his enrolment at the school has never been proven, Carlsson noted.

“They thought he always spiced up his stories a little to make them more interesting,” Carlsson said, adding that it wasn’t necessarily a bad thing.

“Storytelling is something Spotify and Daniel Ek have always been good at.”

Ek’s perseverance may have led to the remarkable rise of the start-up, but artists have over the years complained of it paying them too little and cannibalising sales from their albums.

Ek has repeatedly argued that streaming is a better alternative for artists and that “piracy doesn’t pay (them) a penny – nothing, zilch, zero.”

Snickars and co-author Rasmus Fleischer dispute the idea that Spotify was founded to end piracy and force consumers to pay for music.

They claim that neither Ek nor Lorentzon “had any experience with working professionally with music”, but they had a common background from digital advertising.

“They weren’t particularly interested in music…they could have worked on skin products instead,” Snickars told AFP.

Now, Ek is ready to dive into the football arena.

“As a kid growing up, I’ve cheered for Arsenal as long as I can remember. If KSE [Kroenke Sports Enterprises] would like to sell Arsenal I’d be happy to throw my hat in the ring,” Ek wrote on Twitter on April 23.

As a kid growing up, I’ve cheered for @Arsenal as long as I can remember. If KSE would like to sell Arsenal I’d be happy to throw my hat in the ring.

Kroenke has however insisted Arsenal is not for sale, despite growing supporter unrest at the American billionaire’s ownership of the club, whose last Premier League title came in 2003/04.

The Swedish company, which last week announced it was cutting almost six percent of its workforce to reduce costs, posted a net loss of 430 million euros ($465 million) for the year.

Analysts had forecast a loss of 441 million euros, according to Factset.

Revenue for the full-year also slightly beat forecasts, coming in at 11.7 billion euros or a rise of 21 percent from a year earlier.

The number of paying subscribers climbed by 14 percent to 205 million, beating analysts’ expectations of 202 million, which the group attributed to strong growth in all regions, especially in Latin America.

It is the first time Spotify has surpassed 200 million paying subscribers.

Among other things, the company said it had benefited from promotional campaigns, a strong holiday season, and robust growth among Gen Z users.

The total number of monthly users, including subscribers using the free version, totalled 489 million at the end of the year and should hit the 500 million mark in 2023, Spotify said.

The platform, based in Stockholm but listed in New York, has only occasionally posted a quarterly profit since its launch.

It has regularly posted annual losses, despite strong subscriber growth and having had a headstart on its rivals such as Apple Music and Amazon Music.

Spotify founder and chief executive Daniel Ek last week announced the group was cutting around 600 jobs, out of around 10,000, following other similar moves by tech industry giants.