Love it or hate it, the ice cream van is a tradition that's hard to ignore in Sweden. Photo: Christine Olsson/TT

Sweden’s ice cream vans or glassbilar are a bit different from the ones you might be used to.

In countries like the US and UK, ice cream vans usually drive to one spot and stop there, where they serve ice cream in individual portions to be eaten on the spot, or they move through residential areas.

In Sweden, one company has a monopoly on ice cream vans. Ice cream manufacturer Hemglass runs a fleet of 300 trucks that drive the length and breadth of Sweden, making a total of 15,000 stops each night and selling ice cream from the back of the van rather than through a serving hatch.

The biggest difference is that, since you’re close to home and your freezer, you usually buy in bulk. You’ll usually find typically Swedish flavours, with a lot of salty liquorice and seasonal variations, like semla-flavoured ice creams around Shrove Tuesday.

The vans were first introduced in 1968, the brainchild of ice cream manufacturer Eric Ericsson and delivery worker Anders Gavlevik.

Household freezers were starting to become common in the Nordic nation, creating new possibilities for selling ice cream direct to consumers rather than only at events. According to Hemglass, the trucks were devised as a way of ensuring quality to the consumer while improving distribution. Because the ice cream is travelling directly from the factory to the consumer, it doesn’t spend any time outside the freezer, something that can cause freezer burn (crystals forming on the ice cream when the partially unfrozen dessert re-freezes).

The idea was a hit among sweet-toothed Swedes, and after taking 160 kronor on the first day, the project soon expanded fast. Today, Hemglass trucks aren’t the only ones delivering ice cream locally, but they’re the best known, and are at least as well known for their signature jingle as for their products.

Originally, their arrival to the neighbourhood was signalled by a loud bell, but in the 1980s they adopted a tune that is seared into the memory of anyone who’s spent time in Sweden. According to the company, the problem with the bell was that it sounded too similar to truck reversal alarms – leading children to run into the street just as large vehicles were reversing.

The new jingle doesn’t have that risk, but is not without its own controversies. You can listen to it here, but be warned that it won’t leave your head in a hurry. Even its composer has disavowed the jingle, saying that the company changed the melody he wrote and made it “mechanical”.

Local residents frustrated by the earworm have taken Hemglass to court on numerous occasions, but environmental courts have usually been unable to intervene as the tune isn’t loud enough to be judged as dangerous to human health.

However, one reader of The Local said she had been able to get her local Hemglass truck to turn down the volume after complaining to customer service when the noise kept waking up her child. In 2013, the vans in one Swedish suburb went silent and used SMS messages to alert customers to their presence after repeated noise complaints.

So what’s the secret to the enduring popularity of the vans, and can they survive?

Well, as anyone who’s ever looked at a fully stocked fridge and declared there’s “nothing to eat” knows, food just tastes better when bought on impulse. The ice cream vans tailor to the Swedish habit of myskväll, or cosy evenings at home with family, where junk food is an essential component. For some, they’ve simply become a tradition. When you hear the jingle, you drop what you’re doing and run to the van.

Mostly, it’s a question of savvy marketing. The company adapts to consumer trends, for example also offering pizza and other ready meals as well as ice cream for dogs, using loyalty schemes and making the vans available to rent at events.

As for the future, at the moment it looks bright, with several ice cream van companies reporting a big boost to sales during the coronavirus pandemic as more people stay at home. 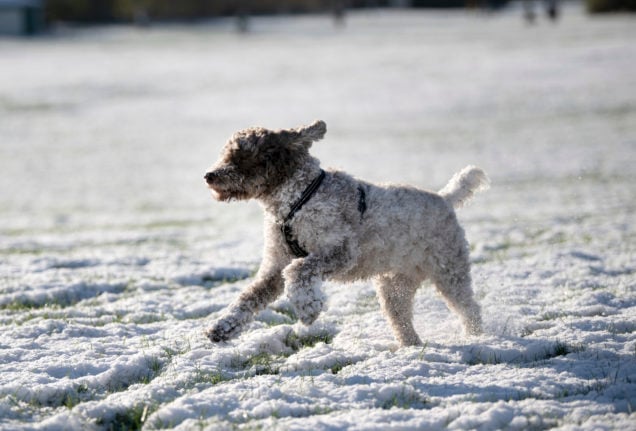 So you think you can handle Sweden? Here are 18 of some of the most common mistakes that newcomers make when they first arrive in the Nordic country.

Dating in Sweden can be a minefield. Here’s our guide to nine words you should learn to make your dating life easier.

Losing your job is stressful, especially if you’re in Sweden on a work permit. Here’s a guide to your rights if you’re made redundant or dismissed in Sweden.

Thinking of adopting a four-legged friend? Here’s a guide on how to adopt a rescue dog in Sweden, as well as what you should bear in mind before you take the plunge.

Finally, have you been wondering how long it takes for a law to be made in Sweden, or want to understand what it means when a law is at the utredning stage? Here’s our guide to how a law is made in Sweden.

NEWSLETTER
Why visitors vaccinated in Denmark are struggling to get an EU Covid-19 certificate
Url copied to clipboard!