The case concerned several Swedish classic poems and other literary works that had been published on a website run by the Nordic Resistance Movement (NMR).

The NMR is a group active in the Nordic countries and openly describes itself as adhering to National Socialism, another term for Nazism.

The group was banned outright in Finland by the country’s Supreme Court in September 2020.

The Swedish Academy, which also publishes dictionaries and is an authoritative voice on Swedish language issues, had claimed the works fell under copyright laws that protect classic works even after the authors are long dead and their copyright has expired.

According to a statement from the Patent and Market Court, the Academy had argued that the works could not be published alongside material that “was potentially criminal or at the very least expressed derogatory or offensive remarks about ethnic groups”, as doing so would present the works “in a foreign and offensive context”.

The NMR in turn argued that the works were not protected under the classics clause since they had been presented in their original form and had not been altered.

The court said this was the first time the clause, which dates back to the creation of the copyright law in 1960, had been tested but said there was nothing in the law that would be applicable to a situation like this.

Judge Tomas Norström noted that the court’s efforts to seek guidance from statements on the purpose of the law from the 1950s had been difficult since they were written for a different time.

But Norström added “that such an extensive interpretation as argued for by the Academy could have some consequences for freedom of speech and the press”, the court said in a statement.

The permanent secretary of the Academy, Mats Malm, said the body had interpreted the law differently, and compared it to how a living author who found their works among a collage of hate speech could turn to a court to stop that.

“But authors that have died don’t have that opportunity, and that’s where we think the protection for classic works comes in,” Malm told news agency TT. 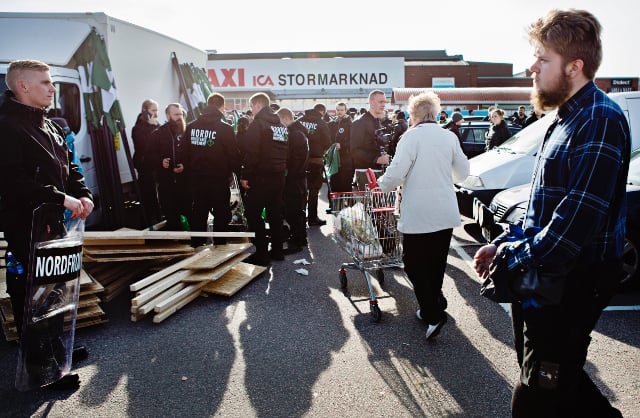