Sweden has presented its 2021 spring budget, designed to help the country recover when the coronavirus crisis ends. Here's The Local's round-up of some of the key proposals and how they may affect you.

The spring amendment budget (vårändringsbudgeten) is usually mainly used to tweak or add bits and pieces to Sweden’s main annual budget, which is presented in autumn.

In pandemic times, the government has had to make more continuous investments than they usually do, to support businesses, vaccinations and the healthcare sector. So in a way, the 2021 spring budget is just one in a series of several amendment budgets in 2021 (the government presented its sixth amendment budget for 2021 only last week). And in another way, paradoxically, it is far more significant than Sweden’s usual spring budgets.

The budget proposal has been worked out by the governing Social Democrat-Green coalition in collaboration with the Liberal and Centre parties. That means it has majority support, and is expected to go through without a hitch when put to parliament.

In total, Finance Minister Magdalena Andersson on Thursday presented proposals to the tune of almost 45 billion kronor (approximately $5.3 billion) – made up of a separate amendment budget as well as 22 billion kronor which are part of the spring budget.

Here’s how those proposals may affect you:

The budget comes amid a rise in newly reported cases and intensive care admissions for Covid-19, with Sweden one of the European countries worst hit by a third wave of the virus.

Unsurprisingly, as The Local wrote in this article, a large chunk of the money will go directly to the healthcare sector. This includes 1.65 billion for testing and contact tracing work, one billion for buying more vaccine doses and 700 million to Sweden’s 21 regions to help them carry out vaccinations.

An injection of two billion kronor will not only support healthcare directly related to Covid-19 but also other care that has been postponed due to the pandemic.

“Money cannot, must not, will not be an obstacle in limiting the spread of infection or in caring for the sick,” Finance Minister Magdalena Andersson told journalists.

Several of the Covid-19 support measures put in place earlier will be extended, for example rent support for businesses and lower employer contributions for young employees.

The government will also continue to cover sick pay for the first day of sickness (which is usually unpaid in Sweden due to a ‘waiting period deduction’), a measure which had been set to expire at the end of the month and will now last until June 30th. Compensation for people in Covid-19 risk groups who cannot work due to the pandemic was also extended until the end of June.

Since the start of the pandemic, the government has spent 420 billion kronor on crisis measures, which Andersson called an “astronomical sum” but said it was possible due to savings made “during the good years.”

As well as extending crisis support for businesses, one of the biggest new announcements on Thursday was a “job package” amounting to 1.8 billion kronor.

That includes 180 million for municipalities to fund 15,000 additional summer jobs for young people, some of which should be aimed specifically at young people from a socio-economically vulnerable background.

Between April and June last year, Sweden saw its biggest quarterly drop in GDP (8.6 percent) in 40 years, and recovery stagnated in late 2020 as the second wave of Covid-19 hit Sweden hard. Even though the current third wave has already surpassed the second, the government predicts that GDP growth will reach 3.2 percent for 2021, increasing further to 3.8 percent in 2021.

“It is our judgement that by the end of this year, we will be back at the GDP level we had before the crisis,” said Andersson earlier this week.

But economists at major Swedish banks believe the government is too cautious in its prognosis. “The 3.2 percent for 2021 is quite a lot too low according to our assessment,” Annika Winsth, head economist at Nordea bank, told the TT newswire at the time.

The worst crisis facing Sweden at the moment is however not GDP, but unemployment, which is expected to land at 8.7 percent this year and 7.9 percent – with young people, foreign-born job-seekers and those without secondary education expected to be hit the hardest.

Sweden will soon reach 200,000 people who have been without a job for a year, unless current trends are halted.

What do other parties think of the budget?

The Left Party’s leader Nooshi Dadgostar criticised the government for not doing enough to stem high unemployment. “We can tell from this budget that we have a government that has accepted mass unemployment. They aim for around seven, eight percent unemployment and are fairly content with that,” she told a press conference.

She also called for more long-term support for healthcare, social care and education, rather than temporary measures, and more investments in a climate-friendlier future.

On the other side of the political aisle, the conservative Moderates’ economy spokesperson Elisabeth Svantesson thought the government’s job package missed the target.

“They talk about jobs, but don’t have a policy for getting more people into work. We need a cap on benefits so that it pays to go to work instead of staying at home, and increased demands on learning Swedish when you come to Sweden, and qualifying for welfare through work,” she told the TT news agency.

She did not comment on the investments in healthcare, saying that time would tell whether the government’s measures would turn out to be sufficient. 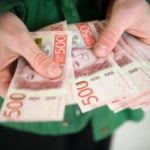 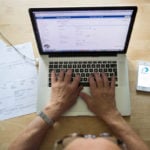 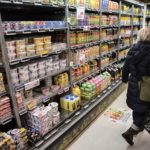 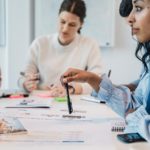