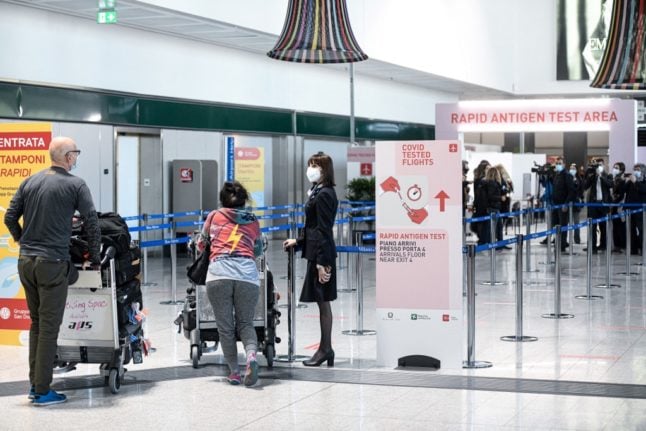 Almost all travellers to Italy are currently subject to quarantine as well as testing for coronavirus. Photo: Piero Cruciatti/AFP
The Local Italy
[email protected]
@thelocalitaly


Some of those travelling from the UK recently say they’ve faced a string of bureaucratic problems and are now left ‘in no-man’s land’ while trying to follow Italy’s coronavirus quarantine rules.

Travel between Italy and the UK is anything but straightforward right now. Italy is still imposing tight restrictions on arrivals from the UK amid ongoing concern about a highly-contagious coronavirus variant first detected in England. Meanwhile, British authorities made all foreign holidays illegal from March 29th, with a fine of up to £5,000 for anyone travelling out of the UK without a “reasonable excuse”.

Essential travel is still possible, though some who have had to make trips recently say that even following quarantine restrictions back in Italy has been fraught with complications after the rules changed for UK arrivals last week.

EXPLAINED: Which travellers have to quarantine in Italy and for how long?

Julia Buckley, a British citizen who lives in Venice and recently had to travel to the UK for emergency reasons, told The Local she has encountered “an absurd ‘computer says no’ attitude” upon her return to Italy, despite her efforts “to do everything by the book”.

The day after Julia flew back to Venice from the UK on Sunday, April 4th, Italy’s government announced that it would be changing the quarantine rules for arrivals from the UK, cutting the required quarantine period from 14 days to five and changing the testing requirements.

“Obviously 14 days quarantine was required when I left, so I was prepared to do that,” Julia says, “but if the UK was moving to list C, I assumed my 14-day quarantine would be commuted to five plus a test.”

“It didn’t occur to me that it wouldn’t be.”

But the Veneto health authorities soon insisted that, as she’d arrived before the rule change came into effect on April 7th, her quarantine period “must be 14 days – and that, by law, I must test at the end of it.”

EXPLAINED: How has Italy changed its rules on travel from the UK?

Julia pointed out that the government’s decree itself doesn’t actually specify this.

“It talks about the UK being downgraded, not specific arrivals who come afterwards. But the ASL (Azienda Sanitaria Locale, or local health authority) told me “la legge non e’ retroattiva” (the law is not retroactive) and anyone who entered before April 7th must quarantine for 14 days.”

“I had also pointed out the original law was 14 days quarantine only – no test needed at the end of it.”

“At this point, the ASL said the 14-day test was now only voluntary, so they would “waive” it.”

“A lawyer friend said their “la legge non e’ retroattiva” line is wrong, and he read the law as I did, but said that ASLs can impose their own rules on top of the national legislation so there was nothing I could really do.”

Julia added that 1500 (the Italian quarantine hotline) also told her the decision was up to the ASL.

“I’ve gone back and forth with the ASL – I even suggested doing five-day quarantine after the 7th, so eight days for me – which ended in them sending me a document saying that people breaking their 14-day quarantine are committing a ‘reato’ (offence).”

“I called the embassy, who said others have rung them, but they have no answer other than to say, keep calling 1500 and if enough people do they might do something to clarify this grey area.”

“I’ve complied with every rule,” she says. “It feels like we’ve been forgotten about.”

Julia says she’s now spending the 14-day quarantine in her cramped studio apartment, attempting to do yoga to relieve her chronic pain as she is not allowed to go out for exercise.

The ASL has meanwhile sent “documents for how to behave in quarantine, saying it was a legal requirement to read them and follow them.”

“I opened them – they are specifically headed as instructions for symptomatic people, and they are things like, I must take my temperature twice a day and write it down to tell the ASL if they ask me; I must promise to open all the windows and wash my hands every 20 minutes; I am not allowed to put out any raccolta differenziata (recycling). And if I break any of these rules, I could get a three-month jail sentence.”

On top of this, she says the ASL also lost the personal details she submitted to them ahead of being tested on arrival at the airport in Venice – and then accused her of breaking the law by not giving the information. (Travellers are required to give their contact information to the regional health authority upon arrival.)

“Of course, I signed up for this – I didn’t have any other option when I had to fly back,” Julia says. “But to keep us in 14-day quarantine after they’ve changed the rules for the UK seems an absurd ‘computer says no’ attitude.”

“From losing my details to changing the requirements, I feel like they’ve made it up as they go along.”

Each Italian region is also allowed to tighten the local emergency Covid-19 measures, meaning restrictions can vary significantly across Italy.

Here’s where to find the latest rules and contact information for each region.

For non-emergency information and assistance anywhere in Italy, you can also call the national, 24/7 coronavirus helpline on 1500.

Find more information about travelling to or from Italy on the Health Ministry’s website (in English). 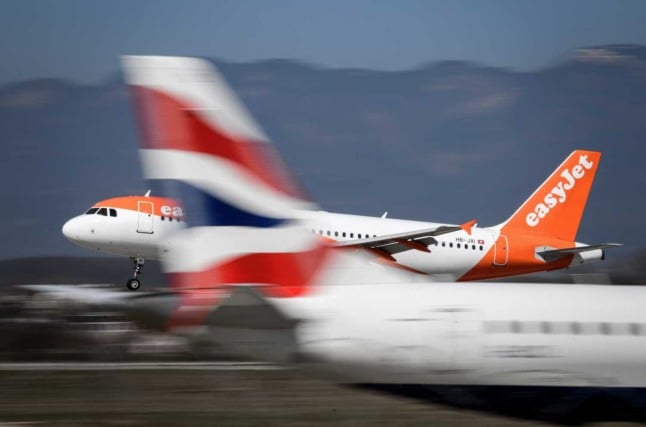 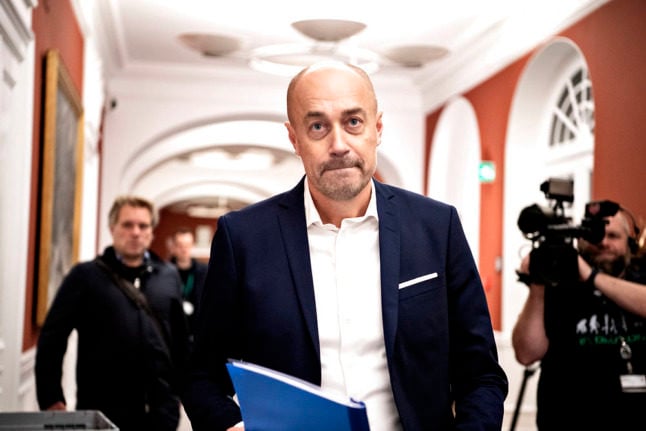