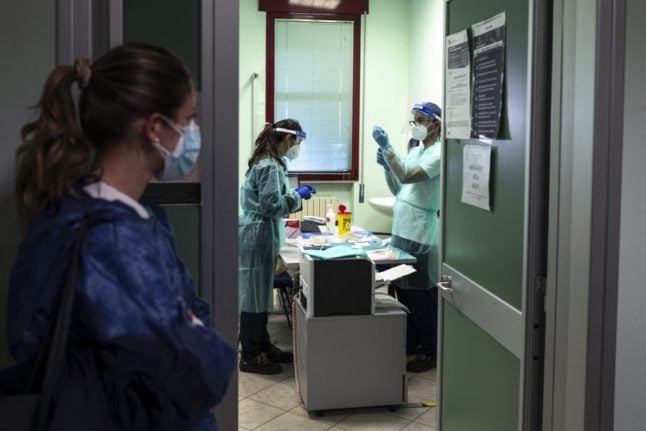 Prime Minister Mario Draghi’s government will introduce the requirement in its new emergency decree, the government announced on Wednesday night.

All healthcare professionals, including pharmacists now that Italy has authorized vaccination to take place in pharmacies, will be obliged to get vaccinated in order to continue in their roles.

Those who refuse could be suspended, without pay, until the end of the year. The bill will allow those refusing to be vaccinating to be reassigned, if possible, in roles away from the public.

“The aim of the measure is to protect, as much as possible, both medical and paramedical staff and those who are in environments that may be more exposed to the risk of infection,” the government said in its statement announcing the new measures.

Included in the decree is also a measure to protect those administering the doses from legal action. Medics had called for  safeguarding after healthcare workers in Sicily were investigated for manslaughter following the death of a man who had been vaccinated.

The latest decree “excludes the criminal liability of medical and health personnel in charge of administering the SARS-CoV-2 vaccine, for the crimes of culpable homicide and culpable personal injury committed during the emergency period”, the government said.

This applies as long as health professionals give the vaccinations in accordance with government guidelines.

Speaking last Friday, Draghi told a news conference that the government cannot allow unvaccinated workers to be in contact with sick people.

The day before, Liguria’s regional president Giovanni Toti called for a national law after at least 12 people were infected with coronavirus at two hospitals in the area due to two unvaccinated health workers.

“In light of the need to protect citizens at a fragile time, such as hospitalisation, there may be the legal conditions, and also political, for a measure,” Toti said.

“It’s clear that we need a national law, because we risk chaos in our hospitals in a few weeks,” he added, calling for a “clear regulatory framework”.

Italy has a small but significant “anti-vaxx” movement and some experts fear their numbers may swell following safety fears over the AstraZeneca coronavirus jab.

The use of the vaccine was suspended in March across several EU countries before the bloc’s regulator declared it safe.

How many health workers in Italy have opted not to be vaccinated is unknown, although Health Minister Roberto Speranza said on Friday that it amounted to a “very minimal” number of people.

PM got vaccinated with AstraZeneca

Mario Draghi received his first shot of the AstraZeneca vaccine on Tuesday, to show support for the jab after Italy paused its rollout in March over concerns about possible rare side effects.

Jabs resumed after the European Medicines Agency re-confirmed it was “safe and effective” against Covid-19. The World Health Organisation also gave the all-clear.

Italy has struggled with its vaccination campaign, as logistical and organisational problems add to EU-wide supply shortages.

Italy is particularly lagging behind on vaccinations for the elderly, despite them being at higher risk of contracting the coronavirus.

The country has now administered over 10 million doses and fully vaccinated just over 3.1 million people of the total population of 60 million.