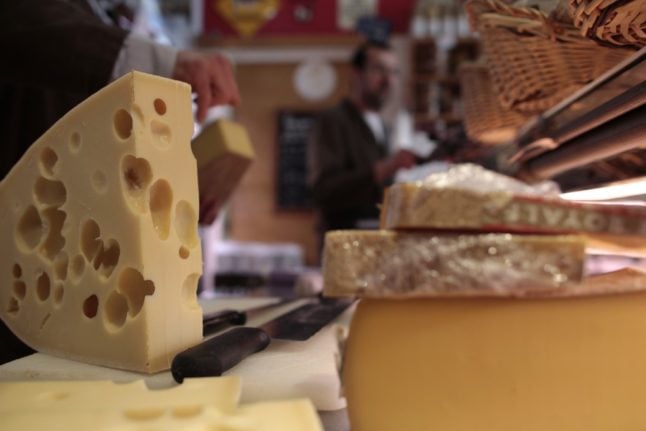 This 'Swiss' cheese is Emmentaler. Photo by Photo by CHARLY TRIBALLEAU / AFP

While there’s nothing really ‘mythical’ about Swiss food, some myths need to be dispelled anyway.

Let’s face it — unlike France and Italy, Switzerland is not known for its gastronomy.

But if you live here, you need to get some facts straight about the food you eat (or even the food you wouldn’t touch).

Just as there isn’t such a thing as Swiss language, there also isn’t a singular ‘Swiss’ cheese.

In many countries, any cheese with holes is called ‘Swiss’, but in Switzerland that ‘holey’ cheese is Emmentaler.

If you visit Switzerland and ask for Swiss cheese, all you’ll get is a blank stare.

If you believe Swiss food has no ‘kick’ to it, just try Cenovis.

This brown sandwich paste made of yeast, invented in 1931 in the canton of Aargau, is so salty, it can only be eaten when a thick layer of butter is spread on a slice of bread.

For those who have never tried it, according to the bastion of knowledge that is Wikipedia, Cenovis “is similar to English Marmite, Brazilian Cenovit, and Australian Vegemite”.

According to the company itself, Cenovis’ history is closely tied to that of the amber ale.

“In 1931, a brewer recycled the yeast used for the fermentation of beer: vegetal substances very rich in vitamin B1. After several tests, the product was perfected and a group of Swiss brewers launched Cenovis; the product was an immediate success and the famous spread was so good that from 1955 it was included in the rations for Swiss soldiers… Healthy and strong soldiers!”[1]

Still, Cenovis sandwiches are quite popular in Switzerland.

While many people will gladly commute across the border to France, Italy, and German to buy cheaper food, others would much rather pay higher prices for the “Made in Switzerland” label.

They claim local foods are of higher quality and taste better than imported ones.

It is not quite clear whether this is a myth, but there’s no scientific proof that either side is right or wrong.

At the end of the day, it’s up to you and your tastebuds.

Myth 4: ‘Swiss Miss’ is not Swiss at all

American tourists plonking down at a Swiss cafe and asking for a glass of Swiss Miss are likely to be in for a rude shock when they realise the American hot chocolate drink is not Swiss at all.

In fact, Swiss Miss is not well known outside of the US – and particularly not in Switzerland.

Swiss Miss was invented in the 1950s by a Sicilian immigrant to the United States. Originally it was served only on airplanes, but eventually became so popular that you’ll find it in pantries all across the United States.

As for why it got that name, your guess is as good as ours.

Myth 5: The Swiss haven’t invented any foods or drinks

OK, so Swiss Miss isn’t a Swiss invention, but actually, the Swiss have had an important role in culinary innovation.

Perhaps the most famous Swiss food is muesli – otherwise known as birchermüsli – which was invented by Swiss doctor Maximilian Bircher-Benner in 1900.

The cereal made of oats, grains, nuts, seeds and fresh or dried fruits grew in popularity and now can be found the world over. Another (in)famous Swiss invention is instant coffee, which is now found in the back of cupboards the world over.

Besides Cenovis mentioned above, there is the Aromat powdered seasoning. There is hardly a household in Switzerland that doesn’t have this condiment in the kitchen.

It is most commonly used on boiled or hard-cooked eggs. And let’s not forget Rivella, the quintessential Swiss soda drink made from milk whey.

It is said that only those who were born and bred in Switzerland actually enjoy the unusual taste of this drink.  But that, too, may be a myth.

Myth 6: If it sounds appetising, then it must be

Actually, the opposite is true as well.

Yes, cholera. While you may naturally be put off by this name, it is actually a delicious savoury pie, which just happened to be invented during the cholera epidemic in the 19th century.

It combines cheese with various vegetables, and is a hearty meal by itself. 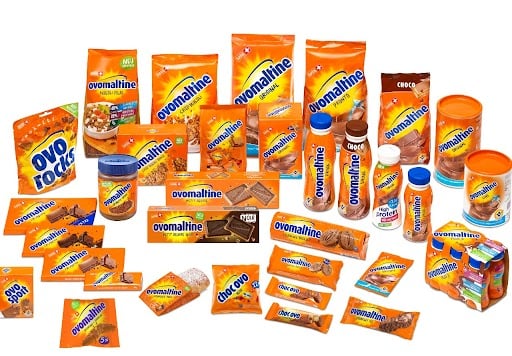 In more ways than one, Ovomaltine has a lot of ‘Swissness’ in it: it first saw the light of day in Bern, has a chocolaty flavour, and is consumed with milk.

If you are partial to chocolate drinks like Caotina or Suchard, the less sweet taste of Ovomaltine may not tickle your fancy as much, especially if you are discovering this beverage as an adult.

The Swiss, on the other hand, develop a taste for it in childhood, drinking it hot for breakfast or cold for zvieri / quatre-heures — a traditional snack the kids have in the afternoon when they return from school. 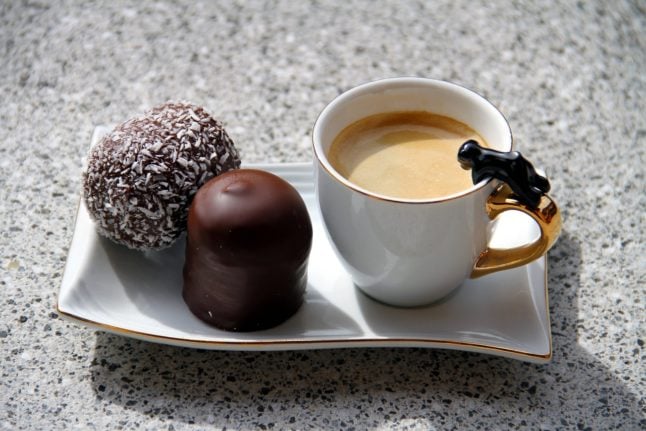 What exactly is Ovomaltine?

It is a – cocoa flavoured powder made from malt extract and dried eggs, which is dissolved in cold or hot milk — pretty much the same way as instant chocolate powder is.

However, it is less sweet than a traditional cocoa drink, with a distinct malty flavour.

Ovomaltine is a brainchild of a chemist Georg Wander who lived in the second half of the 19th century.
The only blemish in this Swiss success story is that Wander was actually German. However, as many German immigrants then and now, he was naturalised and settled in Bern, where he opened a laboratory which manufactured tinctures, ointments, oils and beverages.

This is how we got interested in malt, and in how its extracts could be used in various edible forms.

However, it was only after his death that Wander’s son, Albert, perfected his father’s recipe, launching the early version of Ovomaltine in 1904.

It was originally marketed as a doctor-recommended health drink, although how much of this is actually true is debatable.

According to House of Switzerland organisation, “though Ovomaltine was never strictly proven to have medicinal properties, the product began to conquer all sorts of new consumers and markets, including nursing mothers, exhausted factory workers, stressed motorists and sports people. Next the Swiss wonder drink was adopted by the armed forces, where it was deployed to ‘strengthen Switzerland’s defences’.”

For decades, Ovomaltine had been sold in large orange tins, though over the years the original powder morphed into a wide variety of products, including candy, biscuits and chocolate spread.

And if you think the world ‘Ovomaltine’ sounds vaguely familiar, that’s because its sweeter version is sold in foreign countries under the ‘Ovaltine’ label.

These are some other typically Swiss foods:

How can we explain the Swiss obsession with the drink Rivella?