The tabac is central to life in France. Photo: Loic Venance/AFP

An anti-domestic violence law passed this summer includes a clause about “allowing minors to access sexual content” which allows the CSA to issue legal notices to any site which it considers has insufficient age verification processes.

The offender is liable to three years’ imprisonment and a fine of €75,000, which is multiplied by five for businesses – so sites face a maximum of €375,000 fines. The CSA can also apply for a court order to make a certain site inaccessible to users in France by blocking access from French IP addresses.

It is up to each site to come up with its own age verification process that will satisfy the regulator.

In France the tabac, as well as selling tobacco, also provides a range of administrative services from paying bills to buying un timbre fiscale which allows you to make payments to the government for taxes or pay fines such as parking fines.

You can also buy stamps or place a bet. 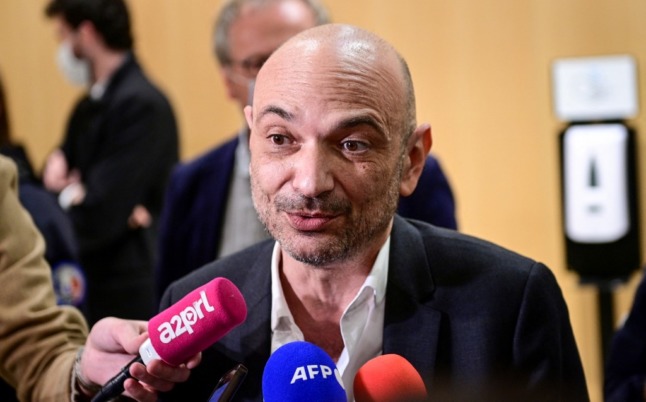 The  ‘Affaire Mila’ sparked outrage and renewed calls to uphold free-speech rights after the 16-year-old was subjected to a torrent of abuse on social media after her expletive-laden videos went viral last year.

“The Koran is filled with nothing but hate, Islam is a shitty religion,” Mila said in the first post on Instagram in January 2020.

READ ALSO What is the Affaire Mila and why is it causing outrage?

A second one in November, this time on TikTok, came after the jihadist killing of high school teacher Samuel Paty over his showing of controversial cartoons of the prophet Mohamed to students.

The reactions were swift and virulent.

“You deserve to have your throat cut,” read one, while another warned “I’m going to do you like Samuel Paty”.

Mila had to be placed under police protection along with her family in Villefontaine, a town outside Lyon in southeast France, and was forced to change schools.

Even President Emmanuel Macron came to her defence, saying that “the law is clear. We have the right to blaspheme, to criticise and to caricature religions.”

Investigators eventually identified thirteen people from several French regions aged 18 to 30, and charged them with online harassment, with some also accused of threatening death or other criminal acts.

“This is a trial against the digital terror that unleashes sexist, homophobic and intolerant mobs against a teenager,” Mila’s lawyer Richard Malka told AFP ahead of the trial, which opens on Thursday afternoon.

“This digital lynching must be punished,” he said.

But defence lawyers have argued that the 13 on trial are unfairly taking the rap as scapegoats for thousands of people taking advantage of the anonymity offered by social media platforms.

“My client is totally overwhelmed by this affair,” said Gerard Chemla, a lawyer for one of the accused. “He had a fairly stupid instant reaction, the type that happens every day on Twitter.”

The accused face up to two years in prison and fines of €30,000 for online harassment.

Mila, now 18, is to publish a book this month recounting her experience, titled “I’m paying the price for your freedom.”