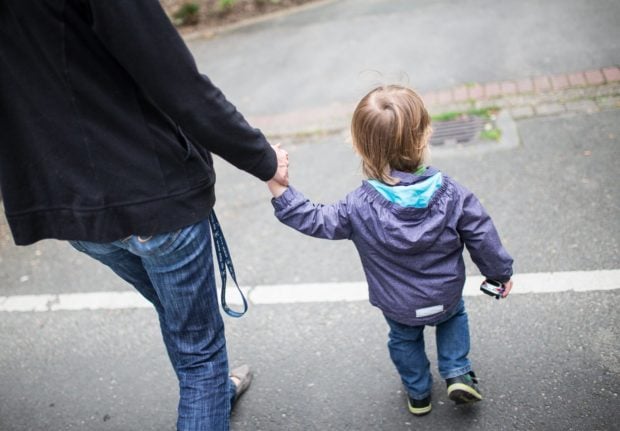 From Kurzarbeit (reduced hours) and homeschooling to hardship and health issues – the coronavirus crisis has deeply shaken the population in Germany. The effects can be seen in almost all areas of society, a report by the WZB Berlin Social Science Centre shows.

The results of the Data Report 2021 – A Social Report for Germany – primarily cover the first shutdown in spring 2020 until the summer of 2020, giving a snapshot of the effects of the pandemic. Germany has currently been in a shutdown since November, although there are plans to reopen public life.

Sectors particularly affected, such as restaurants and hotels, lost almost 90 percent of their turnover during the ordered closure. Mobility also fell abruptly by a third in the spring as a result of the ordered contact restrictions. Air traffic came to an almost complete standstill for months.

How is the pandemic impacting people?

In the first pandemic phase, higher income groups experienced more frequent income losses. But for the people with low incomes, the financial consequences were harder.

In interviews, 17 percent of semi-skilled and unskilled workers and just under 14 percent of employees without a degree reported being affected by financial difficulties, or expect this to happen in the next year.

In skilled, master and qualified occupations, the figure was only nine percent.

What about the general picture on poverty in Germany?

According to the report, the risk of falling into poverty in Germany is highest among single parent households (41 percent), people with a lower secondary school leaving certificate without a vocational qualification (35 percent), and in those with a direct migration background (29 percent) – people who have immigrated to Germany.

The study found German residents who have fallen into poverty are increasingly getting stuck in this situation for a longer period of time compared to previous years.

For several years the gap between rich and poor increased significantly in Germany. Now the structure of poverty has changed.

According to the report, 88 percent of people who lived in relative income poverty in 2018 had already been affected by poverty for at least one period of time in the previous four years – and just under 44 per cent of them had been permanently poor during this time.

Structurally weak areas in the west – such as the industrial Ruhr region (Ruhrgebiet) in North Rhine-Westphalia, Germany’s most populated state, also show an increased risk of poverty, as does eastern Germany – more than 30 years after reunification.

People are said to be at risk of poverty in Germany if the net household income is less than 60 percent of the country’s median income. In 2018, this threshold was around €1,040 per month for a one-person household, and €1,352 for single parents with one child.

Meanwhile, people in the Bundesrepublik are becoming more frustrated about the income gap. Only just under half of the population feels that their own gross wages are fair, the report found.

Almost 75 percent of western Germans are now in favour of the state taking action to reduce income disparities. In 2002, it was still less than half. In eastern Germany about 80 percent of people want the government to do something about it.

The study has been published jointly by the WZB, the Federal Statistical Office and the Federal Institute for Population Research every two years since 1983.

The data aims to paint a comprehensive picture of living conditions in Germany. It combines official stats with social research including interviews with people affected.

Coffee Break German aims to take you through the basics of German in a casual lesson-like format. It is extremely easy to listen to. Each 20-minute episode acts as a mini-lesson, where German native Thomas teaches Mark Pendleton, the founder and CEO of Coffee Break Languages, the basics.

All phrases are broken down into individual words. After new phrases are introduced the listeners are encouraged to repeat them back to practise pronunciation.

The advantage of listening to this podcast is that the learner, Mark, begins at the same level as you. He is also a former high school French and Spanish teacher. He often asks for clarification of certain phrases, and it can feel as if he is asking the very questions you want answered.

You can also stream the podcast directly from the provider’s website, where they sell a supplementary package from the Coffee Break German Academy, which offers additional audio content, video flashcards and comprehensive lesson notes

German Pod 101 aims to teach you all about the German language, from the basics in conversations and comprehension to the intricacies of German culture. German Pod 101 offers various levels for your German learning and starts with Absolute Beginner.

The hosts are made up of one German native and one American expat living in Germany, in order to provide you with true authentic language, but also explanations about the comparisons and contrasts with English. This podcast will, hopefully, get you speaking German from day one.

This is a great podcast if you don’t have any previous knowledge of German. The hosts guide you through a series of scenarios in each episode and introduce you to new vocabulary based on the role-plays. Within just a few episodes, you will learn how to talk about your family, order something in a restaurant and discuss evening plans. Each phrase is uttered clearly and repeated several times, along with translations.

Learn German by Podcast provides the podcasts for free but any accompanying lesson guides must be purchased from their website. These guides include episode transcripts and some grammar tips.

This podcast takes the form of a casual conversation between hosts Manuel and Cari, who chat in a fairly free-form manner about aspects of their daily lives. Sometimes they invite guests onto the podcast, and they often talk about issues particularly interesting to expats, such as: “How do Germans see themselves?”. Targeted at young adults, the podcasters bring out a new episode very three or four days.

This is a fantastic podcast to improve your German listening skills. What’s more, it helps you stay informed about the news in several different levels of fluency.

The speakers are extremely clear and aim to make the podcast enjoyable to listen to. For the first part of each episode the hosts talk about a current big news story, then the second part usually features a socially relevant topic.

A new episode comes out once a week and subscriptions are available which unlock new learning tools.

This podcast is somewhat interesting as it is run by an Australian broadcaster for the German-speaking community down under. Perhaps because ethnic Germans in Australia have become somewhat rusty in their mother tongue, the language is relatively simple but still has a completely natural feel.

There is a lot of news here, with regular pieces on German current affairs but also quite a bit of content looking at what ties Germany and Australia together. This lies somewhere between intermediate and advanced.

This is another great podcast for people who have a high level of German. The host, Robin Meinert, talks in a completely natural way but still manages to keep it clear and comprehensible.

This podcast also explores a whole range of topics that are interesting to internationals in Germany, such as a recent episode on whether the band Rammstein are xenophobic. In other words, the podcast doesn’t just help you learn the language, it also gives you really good insights into what Germans think about a wide range of topics.

Bayern 2 present their podcast Sozusagen! for all those who are interested in the German language. This isn’t specifically directed at language learners and is likely to be just as interesting to Germans and foreigners because it talks about changes in the language like the debate over gender-sensitive nouns. Each episode explores a different linguistic question, from a discussion on German dialects to an analysis of political linguistics in Germany.