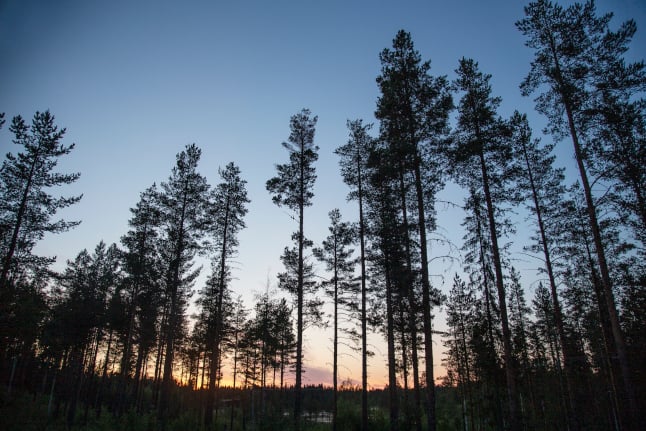 The steel plant is set to be built in northern Sweden. Photo: Helena Landstedt/TT

The new fossil fuel free steel plant will include “a giga-scale green hydrogen plant as an integrated part of the steel production facility,” employ some 1,500 people and aims to start production in 2024, the company said in a statement.

Behind the project is investment firm Vargas Holding, co-founder of battery maker Northvolt which is also building a massive battery factory in the north of Sweden.

“We want to accelerate the transformation of the European steel industry. Electrification was the first step in reducing carbon dioxide emissions from the transportation industry. The next step is to build vehicles from high-quality fossil-free steel,” Carl-Erik Lagercrantz, chair of the boards of H2GS and Northvolt, said in a statement.

H2GS also announced that Henrik Henriksson, currently the chief executive of truckmaker Scania, had been recruited to lead the project.

The company said production would start in 2024 and by 2030 it would have annual output of five million tons of steel.

Financing for the first phase of the project would total 2.5 billion euros ($3 billion), which would be raised through “a combination of equity and green project financing.”

The budding steelmaker conceded that an “important source of inspiration for the initiative is the groundbreaking HYBRIT project.”

HYBRIT is a joint project between state miner LKAB, steelmaker SSAB and state-owned utility Vattenfall with the aim of developing a fossil fuel free process for producing steel, which currently relies on the combination of iron ore and coal.

In November 2019, SSAB announced it was aiming to be the first to bring fossil fuel free steel to market, saying it would “be able to deliver fossil-free steel… in 2026.”

According to the International Energy Agency, “the iron and steel sector ranks first when it comes to CO2 emissions,” among heavy industries.

The sector “directly accounts for 2.6 gigatonnes of carbon dioxide emissions annually, 7.0 percent of the global total from the energy system and more than the emissions from all road freight,” the IEA said in a report in October.

QUALITY OF LIFE
What makes a northern Swedish town of 1,000 a great place to live?
Url copied to clipboard!