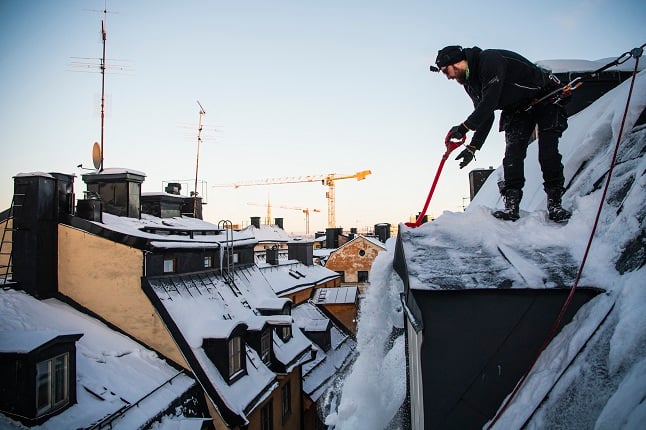 Teetering on the edge of a black tin roof ten metres (33 feet) above ground, Andrei Plian and Alex Lupu clear a thick white blanket of snow off a building in Stockholm's historic Gamla Stan (Old Town), while their colleague on the street below keeps watch to warn pedestrians passing by.

While to many the job would be vertigo-inducing, for Plian and Lupu – two roofers by trade – it gives them a chance to admire the view.

“Being here on the roof and looking up at the sky, you feel that freedom,” Plian tells AFP, seemingly ignoring the biting subzero chill.

Secured with ropes, carabiners and a safety harness, he climbs the few remaining steps on a ladder attached to the roof and breaks the serene quiet of the sunny February morning with a clank as his shovel hits the tin roof.


The constant clearing of snow from the city's roofs is first and foremost done for “the safety of the people”, but also to maintain the buildings, many of which are hundreds of years old.

“If there is too much snow on the roof it is too heavy for it so you have to take it off,” the 36-year-old says

A ten-year roofing veteran, he moves around fluidly and with confidence. Getting the job done quickly is key as more roofs are waiting, but safety remains a top priority.

“Every time you have to think about safety, it's the number one rule. You don't have room for a mistake here. If you make one mistake it could be your last,” Plian says.

In early February, another snow clearer was seriously injured while clearing a roof in the northern Swedish town of Umeå, with initial findings showing he wasn't wearing his safety harness.

Under Swedish law, property owners are responsible for clearing snow and ice off their buildings if it threatens to fall and injure someone, but accidents are rare.

“As far as I can remember there has only been two deaths in the last 20-30 years or so,” Staffan Moberg, spokesman for the insurer industry group Svensk Försäkring, told AFP.

In one case in 2002, a 14-year-old died after being struck by a large block of ice that broke off a building on Stockholm's main shopping street Drottninggatan.

Moberg added that they don't keep statistics on incidents since they are rarely requested, and while accidents do happen on occasion, “the consequences are mostly not lethal and very seldom even severe”.

But after every fresh snowfall, signs immediately sprout up on sidewalks and facades warning passers-by of the risk of falling snow and ice, awaiting the arrival of the “snowploughs” in the sky.

While Plian and Lupu are busy at work on the roof above, Fredrik Ericsson is tasked with ensuring the safety of pedestrians down below.

Snow being shoveled off the rooftops in Stockholm today ❄️ pic.twitter.com/cD0lsibga9

Using a high-pitched whistle, he signals their comings and goings: when he blows his whistle once the shovelling stops to let people pass, and two whistles signals the all-clear to resume work.

Ericsson concedes that it can be a tricky task as people are often oblivious, sometimes wilfully, to the work going on.

“They don't show that much respect, they just walk past, so I have to stop and yell at them,” he explains. “They don't see the danger.” 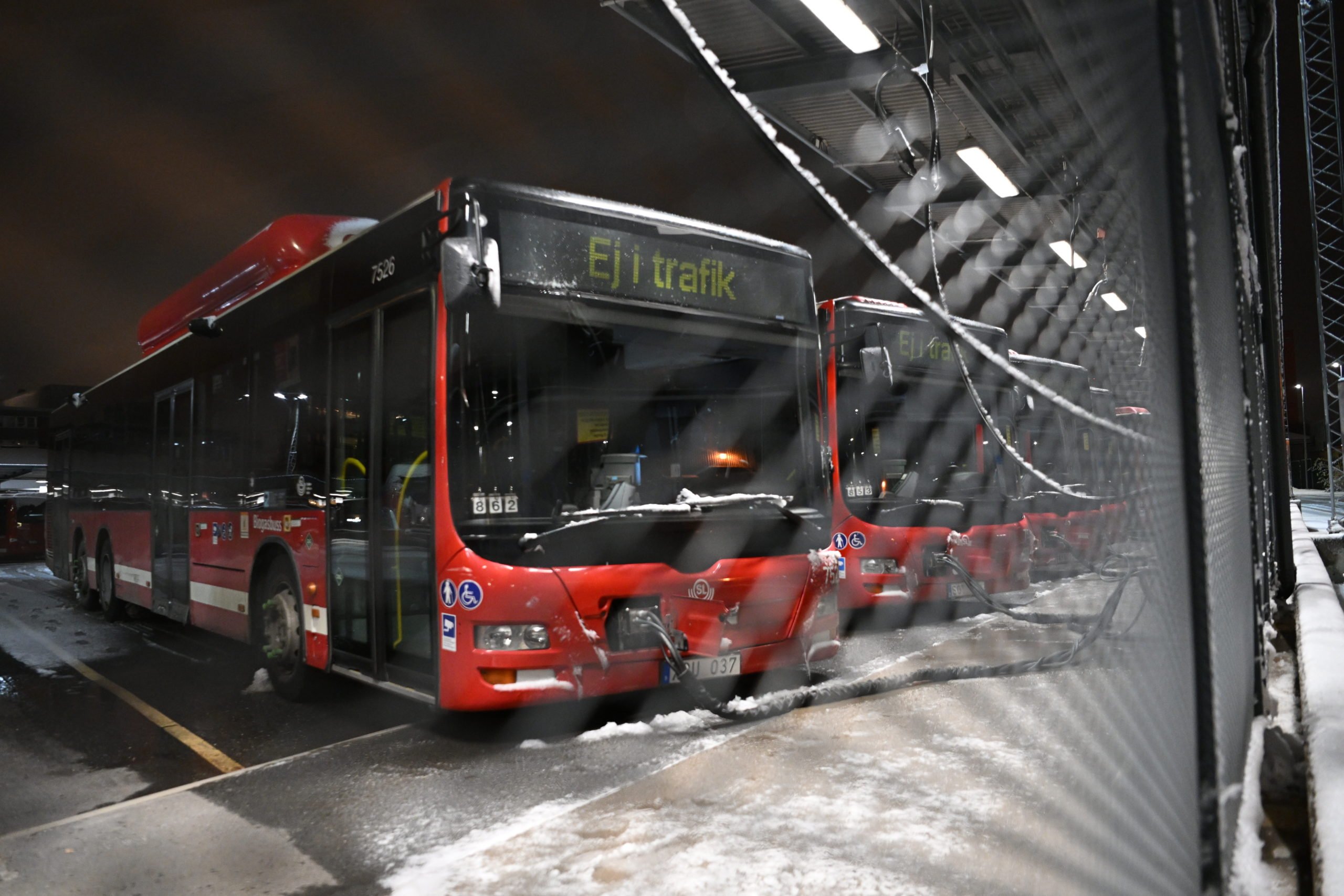