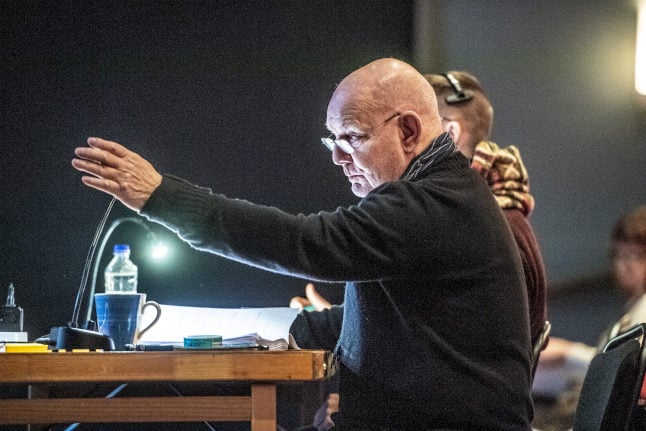 “The importance of Lars Norén as an author and dramatist is almost impossible to convey at the moment in a couple of sentences, but he was one of the greats of our time,” Eva Bonnier, editor at his publishing house Albert Bonniers Förlag, said in a statement.

Famous both at home and abroad he was seen as following in the footsteps of renowned Swedish author August Strindberg (1849-1912) and film director Ingmar Bergman (1918-2007).

He started with poetry in the 1960s before honing in on theatre in the late 1970s, as both a writer and director.

In addition to directing plays at the Royal Dramatic Theatre in Stockholm, he also worked abroad including at the Comedie-Francaise in Paris, France, including with his own play “Dust” in 2018 which deals with torments at the end of life and dementia.

One prisoner, who had received furlough to participate in the play, fled and took part in a bank robbery and subsequently the grisly murder of two police officers.