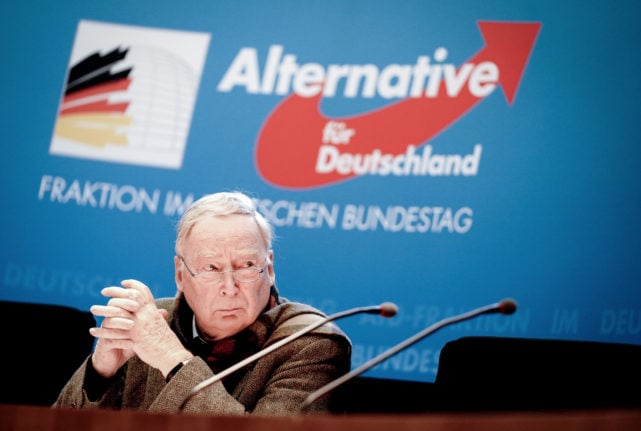 After a two-year investigation and a report totalling over 1,000 pages, the Federal Office for the Protection of the Constitution (BfV) is to decide in the coming days if the Alternative for Germany (AfD) will be classed as a “suspected case” over its ties to right-wing extremism.

The classification would allow intelligence agents to shadow the party, tap its communications and possibly use undercover informants.

The anti-Islam, anti-immigration AfD has often courted controversy by calling for Germany to stop atoning for its World War II crimes. Senior figure Alexander Gauland once described the Nazi era as just “a speck of bird poo” on German history.

The BfV's decision comes at a sensitive time for the AfD. While it is the largest opposition party in parliament, it has seen its ratings fall as the pandemic has kept the spotlight firmly on Chancellor Angela Merkel's ruling coalition parties.

AfD leader Jörg Meuthen has vowed to take legal action if the BfV decides to begin surveillance, accusing the government-run agency of playing politics in what pundits have dubbed a “super election year” in Germany.

The AfD faces six regional elections this year and a general election on September 26th, the first in over 15 years that won't feature Merkel.

The first regional test will come with state polls in Baden-Württemberg and Rhineland-Palatinate on March 14th, where support for the AfD is hovering around 10 percent.

READ ALSO: Nearly 50 percent of Germans expect the far-right AfD 'to be part of the government' by 2030

The AfD started out at as an anti-euro outfit in 2013 before capitalising on public anger over Merkel's 2015 decision to allow in a wave of asylum seekers from conflict-torn countries like Syria, Afghanistan and Iraq.

The AfD took nearly 13 percent of the vote in the 2017 general election, allowing it to make its debut in the German Bundestag.

But the party has long been locked in an internal battle between an extremist faction and populist, conservative members who are wary of scaring off mainstream voters.

Germany's domestic intelligence service already placed a radical fringe of the party, known as The Wing, under surveillance last year over its association with known neo-Nazis and on suspicion of violating the constitution.

The faction, led by firebrand Björn Höcke, dissolved itself last March but many of its 7,000 members remain active in the AfD.

“This gives rise to doubts about whether they really lost influence,” Der Spiegel weekly said. 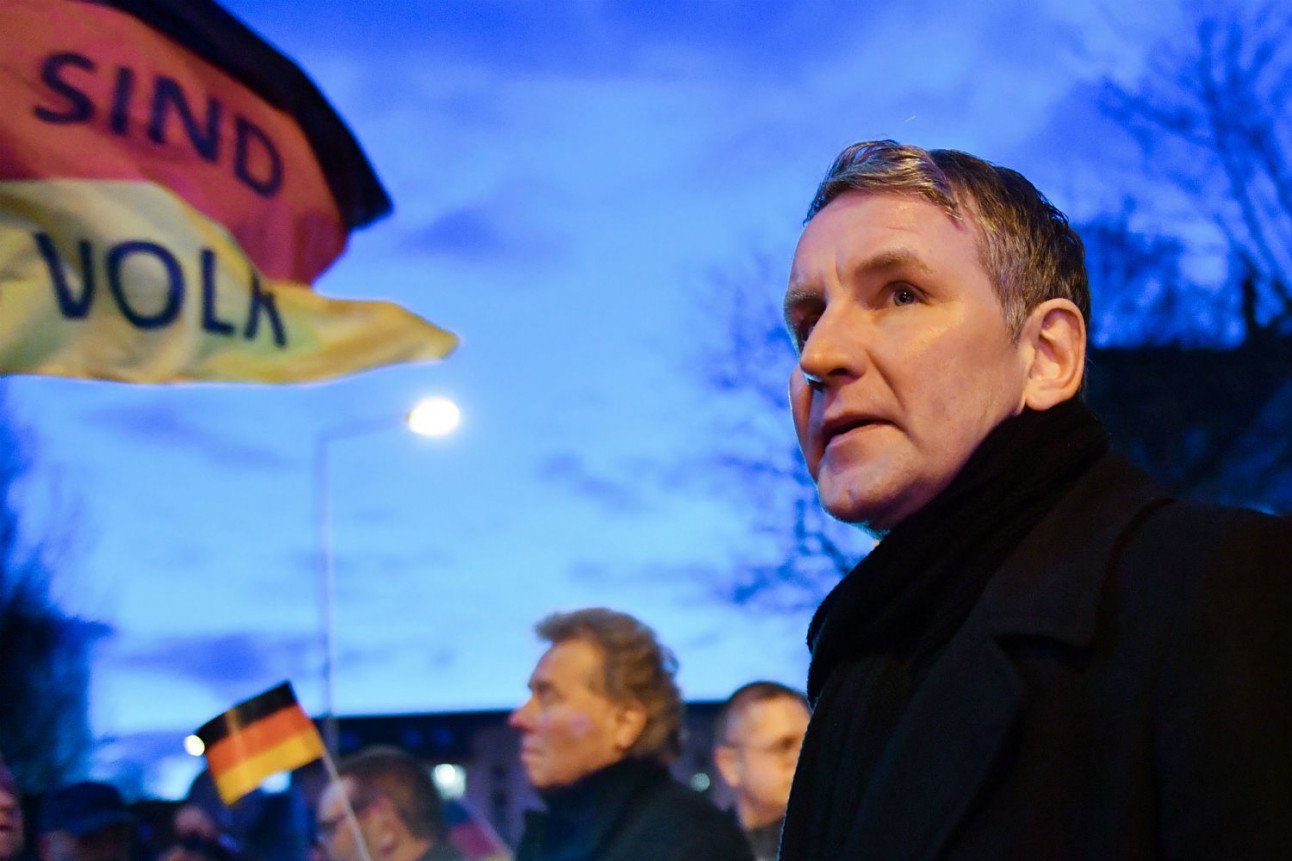 Höcke, the AfD's leader in Thuringia state, famously referred to Germany's Holocaust Memorial in Berlin as “a monument of shame” and has called for a “180 degree reversal” in the country's remembrance culture.

The AfD's Thuringia branch and another one in Brandenburg have also been designated as “suspected cases” of right-wing extremism by the BfV.

The authorities' concern about the AfD has grown after the country suffered a string of right-wing, anti-Semitic attacks in recent years. The risk of violence from Germany's far-right scene is now considered the country's top threat.

AfD chief Meuthen has struggled to rein in the party's more radical figures, telling a congress in November that they would not win over voters by being “increasingly crude, aggressive”.

He also rubbished comparisons of the current coronavirus restrictions with a “dictatorship”, as AfD lawmaker Gauland had done.

Nevertheless, more than a few of the AfD's 35,000 members are believed to harbour extremist sympathies.

One of them, Andreas Kalbitz, was the head of the AfD in Brandenburg before he was kicked out for hiding his past membership in a neo-Nazi youth group.

“The AfD could be declared a suspected case because it is dominated by the radical wing of the party, whose influence has only grown in recent months,” Hajo Funke, a political scientist at Berlin's Free University, told AFP.

As for the party's chances at the ballot box in 2021, Funke said “endless” infighting had left the AfD without clear policies, settling instead on “simply saying the opposite of whatever the government proposes”.

As part of a host of energy relief measures to cushion the cost of living crisis, the German government is offering cheap public transport for the months of June, July and August.

Monthly tickets will be available at a price of €9 (or €27 for all three months) and they will allow people to use all buses, trains and trams in local and regional transport throughout the country.

So even if people buy the ticket in Munich, they will also be able to use local and regional buses, trains and trams elsewhere in Germany, whether it’s Hamburg or Cologne.

READ ALSO: How to explore Germany by train with the €9 ticket

The ticket will not be valid, however, on long-distance transport such as ICE trains or Flixbus.

The offer was put together by the coalition government – made of the Social Democrats, the Greens and the FDP.

The Bundestag voted for the initiative on Thursday, agreeing to give federal states a subsidy of €2.5 billion to fund the project.

And on Friday, the Bundesrat – the upper house of parliament that represents the states – gave the green light to the ticket, paving the way for it to begin on June 1st.

States had wanted an extra €1.5 billion funding boost to deal with lost revenue, however it would have been hugely controversial if they had blocked it.

READ ALSO: German states threaten to block the €9 ticket in the Bundesrat

During a debate on Thursday, federal Transport Minister Volker Wissing (FDP) said the €9 project was “already a success”.

“All of Germany is talking about local public transport,” he said, adding that it is also being viewed with interest abroad.

The Left party (Die Linke) voted in favour of the €9 ticket, but leader Bernd Riexinger said he thought the plan didn’t go far enough. “Three months is simply too little,” he said.

The opposition, however, slammed the move. Christian Democrat Michael Donth called it an “expensive experiment”.

Rail operator Deutsche Bahn will offer the ticket for sale as early as Monday. Local public transport providers across the country are also preparing their ticket machines for the initiative. It will also be available in travel centres.

People with subscriptions to local transport will automatically benefit from the offer.

In some regions, such as Stuttgart and Freiburg, the ticket is already available for purchase.

READ ALSO: How to get a hold of the €9 ticket in Berlin