Total deaths in France in 2020 were substantially above average. Photo: AFP

French national statistics body Insee has released its annual report into the country's demographics, showing rates of births, marriages, deaths and migration over 2020.

Here's some of the main takeaways from the report. 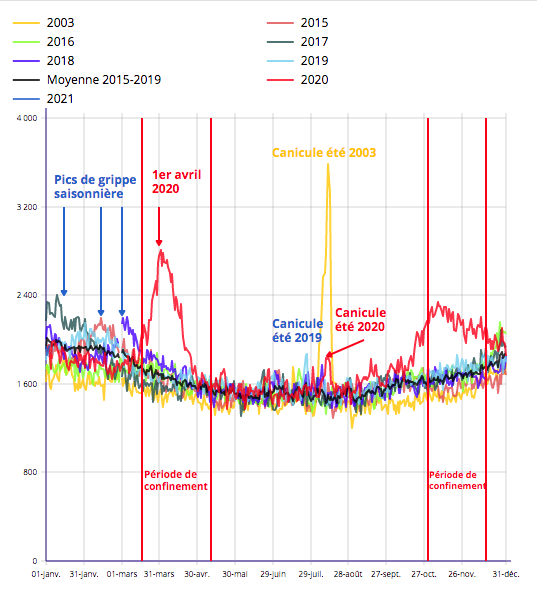 Total death numbers in France with the black line showing the 2015-2019 average and red showing 2020 figures. The vertical red lines show the periods when France was under lockdown. Graphic: Insee

The graph shows death rates for 2020 grouping into two peaks which follow the first and second wave of Covid-19 in France. Deaths peaked at the end of March – two weeks after the first nationwide lockdown was imposed on March 17th, before falling steadily until the late summer. The second peak of deaths was lower than the first and occurred at the end of October as the country locked down for a second time.

This would seem to indicate that official Covid death tolls in France do not have any 'missing' deaths – for example some countries do not count people who died in nursing homes or in their own home.

But deaths from other causes also fell – particularly during the first, strict lockdown the number of deaths from crashes on the roads halved and deaths at work also showed a sharp fall. It also seems likely that some of the elderly or frail people who might have died of seasonal flu in 2020 instead fell victim to Covid.

However in terms of death tolls for a single day, 2020 did not top the appalling heatwave of 2003 (shown in yellow on the graph) when 20,000 people – many of them elderly and living in cities – died over the course of a few days at the height of summer when temperatures soared. 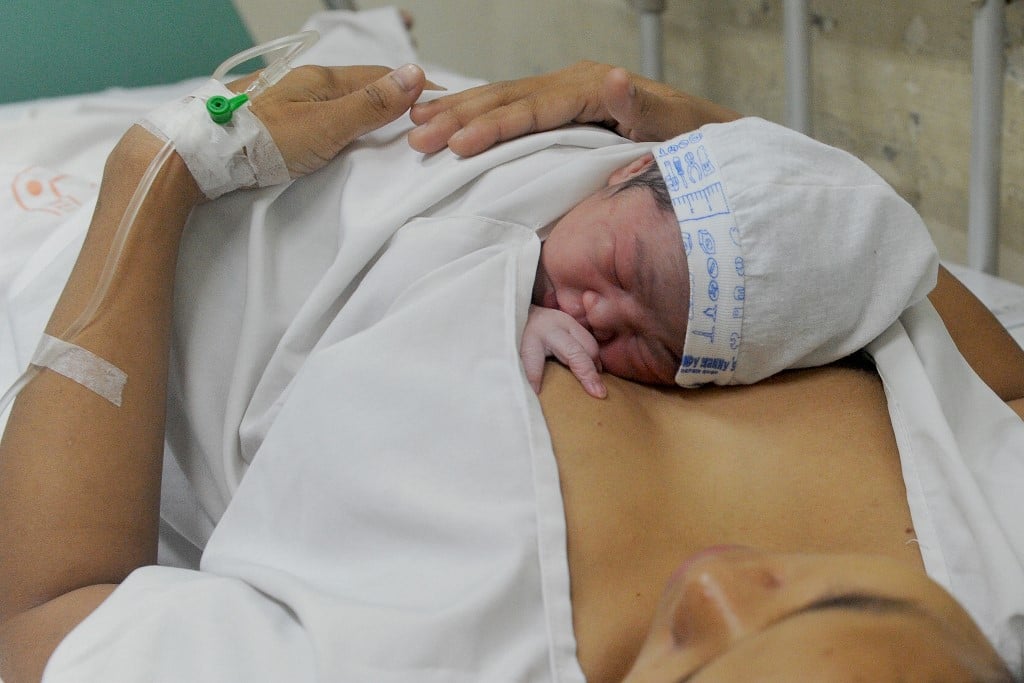 There doesn't seem to have been a noticeable trend of 'lockdown babies'. Photo: AFP

There were plenty of jokes during the rounds during the spring lockdown that the end of the year would see a spike in births, as people had very little to do apart from watch TV and – if they were already living together – have sex.

However if people were doing more of that then it certainly didn't result in any extra babies – in total 740,000 babies were born in 2020, down 1.8 percent on the previous year.

This follows a long-term trend of declining birth rates in France which began a decade ago and has been steadily accelerating. On average, women in France have 1.84 children in 2020, compared to 1.86 the previous year.

However France remains the country with the highest birth rate in the EU – well above the average of 1.56 children per woman and topping the next highest of Sweden and Romania at 1.76 each.

With births only just higher than deaths, the biggest driver of the population increase was migration

In previous years the largest single factor in population growth has been births outnumbering deaths, with migration as a secondary factor. However in 2020 that ratio was reversed – probably due to the excess death toll – and migration was the biggest single factor for growth with net inward migration of 87,000 people during the year.

Unsurprisingly for a year in which large gatherings were banned for many months at a time, the number of weddings fell by 34 per cent compared to the year before.

Excluding some weeks at the start of the the spring lockdown, for most of the year in France it has been possible for couples to get married, but gatherings of family and friends to celebrate the marriage have been strictly limited.