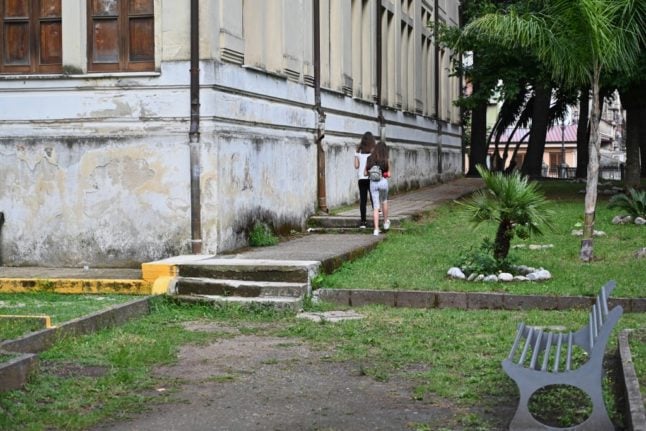 Children in the Calabrian town of Cinquefrondi. All photos: Andreas Solaro/AFP

Lucia urged her six-year old twins to move quickly but quietly as she bundled them into the car under cover of darkness.

Only once they were on the plane from Calabria, in Italy's southern tip, to an undisclosed location in the north could she begin to feel free of her mafioso husband and relatives.

“I knew that it wouldn't be enough just to change neighbourhoods or social circles, we had to get away from everything in that world, from that mentality,” she said.

Their escape from the town of Cinquefrondi is one of dozens of interventions since 2012 to distance children, and sometimes their mothers, from families belonging to the 'Ndrangheta, one of the world's most powerful mafias.

The scheme, believed to be the first of its kind, aims to prevent at-risk children following their parents into a life of organised crime.

Lucia herself was on bail pending an appeal against her conviction for mafia association.

“If I had been sentenced to prison I would have had to leave the children in the hands of my husband's family, and this thought terrified me and filled me with anguish,” said 36-year-old Lucia, whose name has been changed for this story. 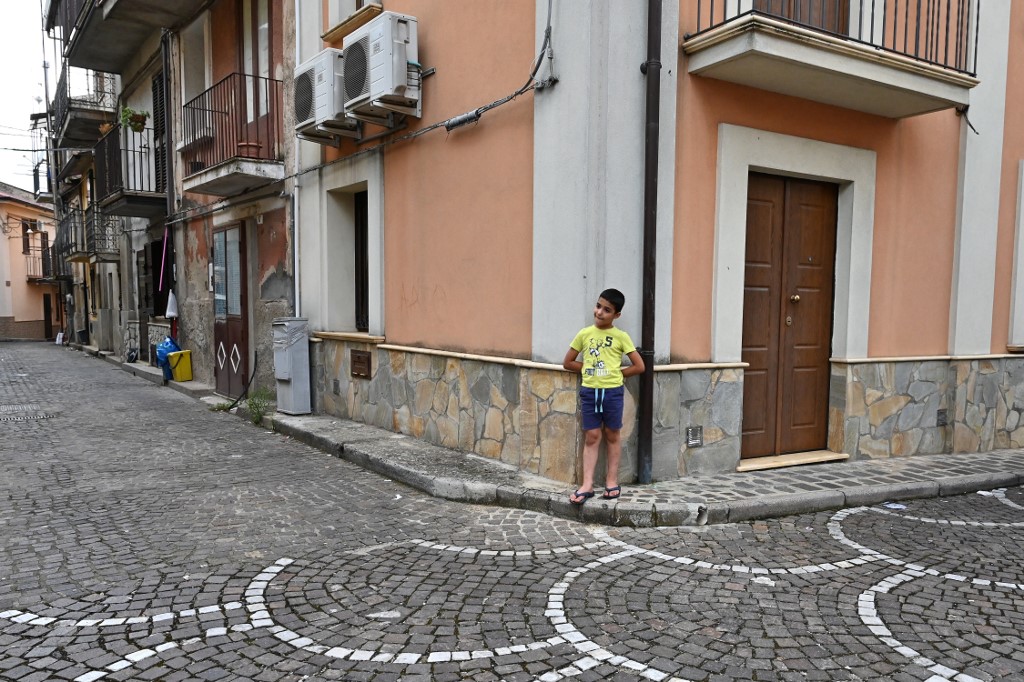 Despite initial outcries of “child-snatching”, the judicial programme has become government-approved anti-mafia protocol in Italy, so far involving more than 80 minors.

Its founder, juvenile judge Roberto Di Bella, believes it could be rolled out to prevent children falling prey to other organised crime groups in Italy and abroad.

The 'Ndrangheta is based on the “blood-soaked family ties” of birth or alliances through marriage, rather than the “merit-based” recruitment of outsiders widely found in other mafias.

“The children from those families, with those surnames, are condemned to… an inescapable destiny: death or imprisonment,” Di Bella told AFP.

The 'Ndrangheta, more than 350 of whose alleged members and associates went on trial in southern Calabria on Wednesday, is the most powerful of Italy's mobs, present on all five continents, and makes billions of euros through illicit activities.

It was only classed as mafia under Italian law in 2010, although it dates back to the mid-19th century.

“The children live and breathe a mafia culture from their infancy; a culture of subjugation, of violence… including violence to be inflicted on even their closest relatives, should they break the rules of honour,” Di Bella said.

However it also “holds a perverse appeal for teenagers”, said Rossella Marzullo, an expert in child education and learning at Reggio Calabria University who advised Di Bella on the project.

“It immerses them, without any effort on their part, into a system of power that gives them an easily recognisable status and makes them feel 'visible'… which is seen as the key to social success,” she told AFP.

Di Bella, 57, who lives under police protection, has almost 30 years' experience in the methods of the Calabrian mob.

He says he can immediately spot minors from 'ndrine – as local clans of the 'Ndrangheta are known – in his courtroom because they are trained at an early age not to show any emotion to avoid betraying themselves or their families. 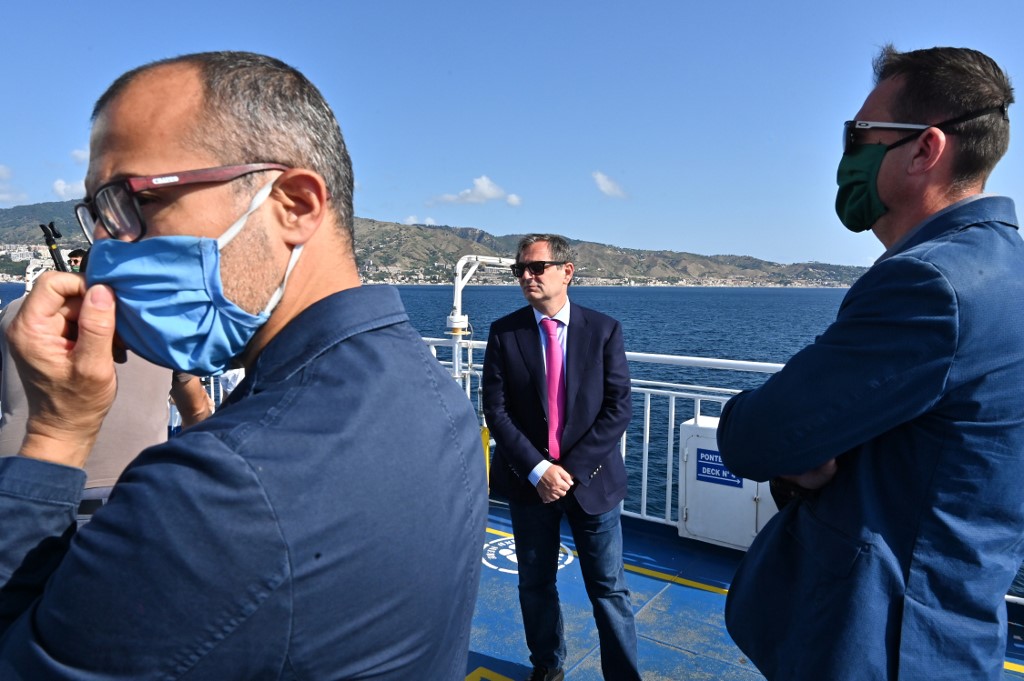 “Often they had seen their fathers, brothers, grandparents killed. And, according to the mafia code, they have to seek revenge, so violence begets violence in a perverse spiral,” he said.

Sprawled on a hillside in the rugged Calabrian hinterland, Cinquefrondi is a maze of alleys and little squares.

Behind a row of neat houses with hanging flower baskets lies a cluster of abandoned homes, walls open to the sky.

Locals lounge on plastic chairs along the main street or gossip between balconies as they hang out their washing.

The town, a Greek and Byzantine settlement now home to some 6,500 people, became synonymous with the 'Ndrangheta after two minors – one just 13 years old – were killed in a shootout at an amusement arcade in 1998.

Under Di Bella's project, the court can order that minors from 'ndrine showing signs of serious delinquency – such as torturing animals or threatening the police – receive counselling, a civic education and social services support.

If necessary, youngsters are temporarily placed in nearby children's homes, removing them from immediate danger, such as involvement in the smuggling and stocking of illegal weapons or drugs.

If this fails, the court can go further.

Working with national anti-mafia association Libera and the Catholic Church, children are taken out of Calabria and sent into foster care with families until they are 18.

Their families have no choice; police and social services arrive at their homes without warning to take the children. 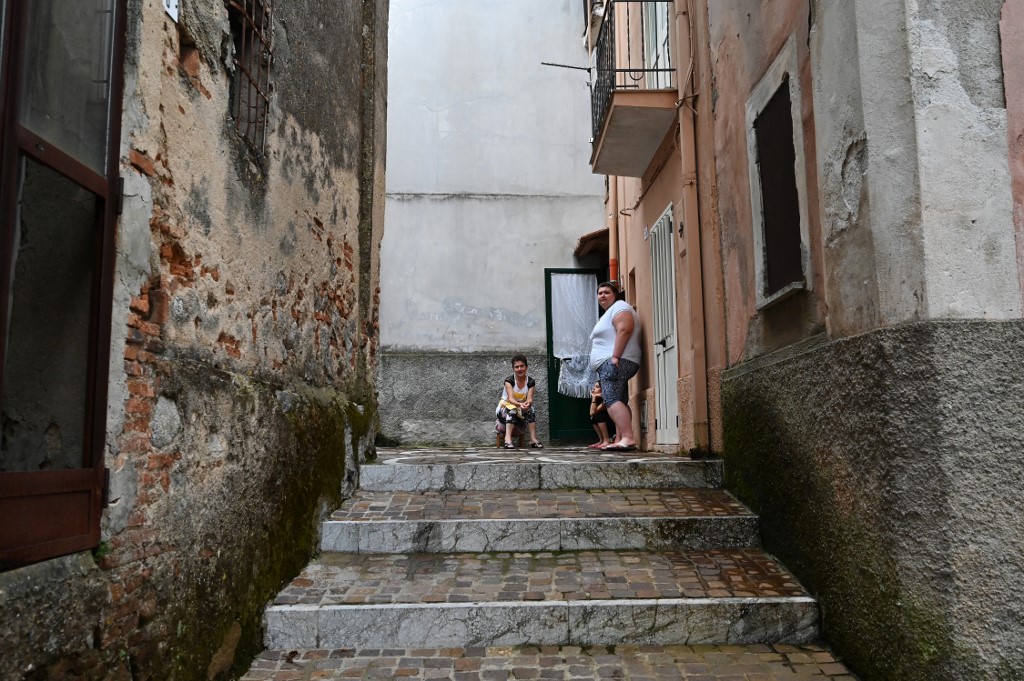 Leaving Cinquefrondi did not come easily to Aurora, the 12-year old daughter of another convicted mobster, who was removed from her family after her mother joined her father behind bars.

“I cried the whole way. I wanted to know what I'd done wrong… I was scared,” she told AFP about the car journey north with a social worker and police escort in 2015.

“I have always felt punished, but have managed over time to make the best of it,” she added.

Aurora, whose name has also been changed, suffered from vivid nightmares, “of death, guns, war-like scenes in which she had to save herself or someone she loves”, a member of her foster family said via email.

Five years on, she is still “torn between the desire to do the right and courageous thing, and to be recognised and appreciated as a daughter by her origin family”.

Aurora has not been in contact with her father for three years after deciding to cut him out of her life.

“He is utterly selfish. He loves crime, and has spent 90 percent of his life behind bars like an animal in the zoo. He ruined not only my beloved mother but the rest of the family too,” she said.

She also lives with the guilt of having “persuaded my mother to give him another chance” during a period he spent out of jail, “so we could have a united family, which I so wanted, like all little girls”.

Child education expert Marzullo said 'ndrine youngsters “undergo a painful and precocious process of adultisation” from what they are exposed to and can suffer anxiety and constant fear.

“There are children aged 10 or 11 able to handle weapons with skill, they know where to hide drugs, how to evade the controls of the police.”

“From a very young age, they are used as messengers for fugitives, they practise racketeering on local entrepreneurs using the family name on behalf of their parents in prison, they are fully involved, sometimes as killers, in local feuds,” she said.

Several parents have appealed against the court's decision to remove their children, but lost in most cases.

For mothers fearful for their children's futures, like Lucia, it has finally opened a chink in the 'Ndrangheta's armour.

The court had to move fast once Lucia asked if she could accompany her children into hiding in 2016.

Her husband was a powerful boss, also suspected of murder, and police feared the family could try and stop her leaving, resulting in “inexplainable suicides or sudden disappearances,” Di Bella said.

“I was terrified the night we escaped,” Lucia said in the written testimony for AFP.

She said she found courage, however, through wanting “a different, freefuture” for her children, and she has never looked back.

“No-one who tastes freedom would ever willingly go back into the cage,” she said, describing how in her previous life “my every step depended on the consent of others”.

“As a wife, I was treated mostly as a slave and had to endure constant humiliation, never really being taken into consideration,” Lucia added.

Di Bella said that he had also been approached in secret by “white widows”, young women often married off to men they have never met before, whose husbands were later jailed or are living as fugitives.

Around 20 such women have been relocated with their children. 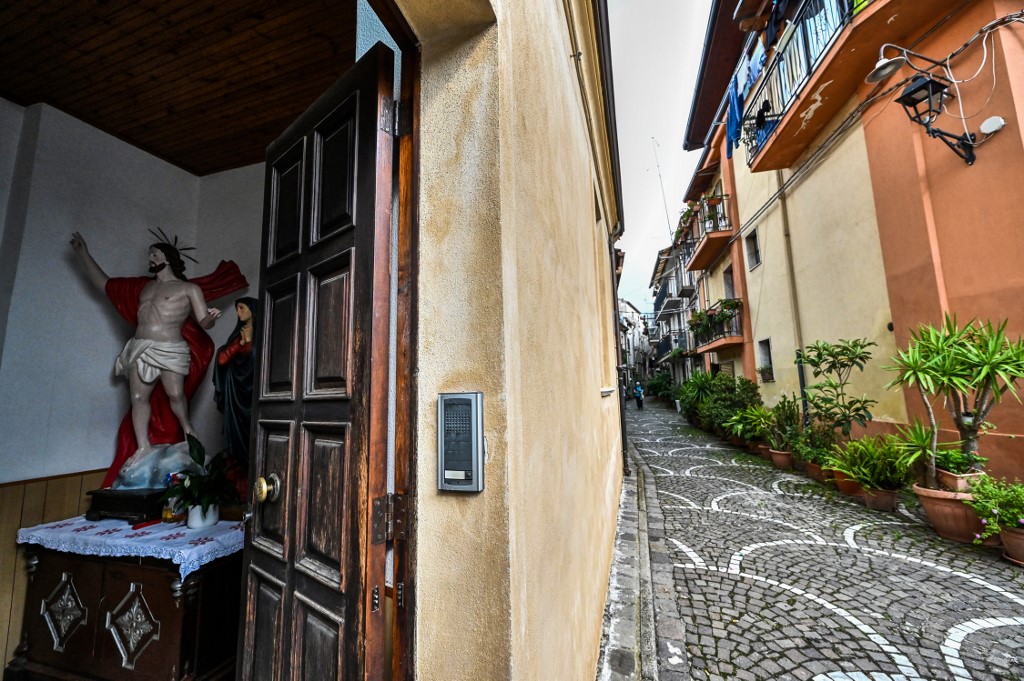 'Pay with their lives'

“The men know that the solidity of the entire system relies on the women's compliance. If this is undermined, the monolithic, unassailable strength of the 'Ndrangheta is shaken,” Di Bella said.

Under the crime group's code, “women who leave their families must pay with their lives”.

Di Bella has had to judge minors who have attempted to kill their own mothers in the name of family honour.

Overall, in about five cases 'Ndrangheta families have tried — unsuccessfully — to trace children and their mothers, who were quickly relocated.

Up to four children have ended up returning to Calabria when they came of age and left the project, rejoining their families and going on to commit crimes.

The scheme is anchored in Italian family law – rather than criminal law – whereby children can be separated from their parents and homes when the family situation is harmful to their education and wellbeing.

When Liberi di Scegliere first began, reactions ranged from disbelief to anger – even a renowned anti-mafia priest described the removal of children from their families as “absurd”.

Di Bella, who left Calabria in 2020 to head the juvenile court in Catania in Sicily and has published a book on the project called “Liberi di Scegliere”, said he was initially branded a “child thief” who “deported children”.

He received threats from enraged fathers behind bars.

But some jailed fathers have begun to not only accept the project but praise it – one penitent husband even joined his family in the north, the judge said.

Criminology expert Anna Sergi at the University of Essex says it is too early to rate the scheme's success, but agrees with Di Bella that it could, in theory, be exported to other crime groups where membership is handed down the generations.

Britain in particular has been tackling issues similar to those raised by Di Bella's project in trying to protect minors from family-inculcated religious extremism, pedagogy expert Marzullo said.

But Federico Varese, an expert on organised crime at Oxford University, stressed there were structural reasons why organised crime exists – such as distrust of the state or blocked social mobility – and said it was “a bit optimistic” to think the 'Ndrangheta could be defeated by distancing children.

It is “an extreme measure, to be used with great care,” he said, adding that even mob bosses “have a right to be a father”.