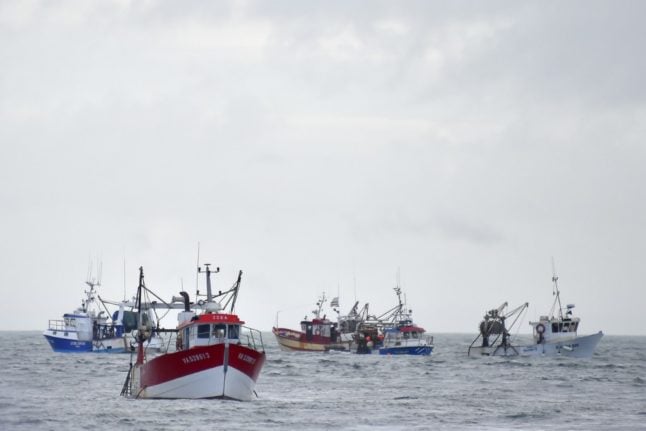 “Our fishermen are no less important than theirs and they didn't have the right to vote in the referendum,” European Affairs Minister Clement Beaune told reporters on a visit to Madrid.

He was referring to the weekend's last-ditch trade talks between Britain and the EU in London at which British foreign minister Dominic Raab said fishing rights remaining an “outstanding major bone of contention”.

“We are still very far from an agreement,” he said with just one month and a day left until the transition period ends and Britain leaves Europe's trade and customs area.

Should the parties fail to reach an agreement, trade would be switched to World Trade Organization terms, causing economic chaos with tariffs immediately imposed on goods and customs checks required at borders.

And Beaune ruled out the idea that “one country should law down the law”, he said, referring to Britain.

“There can be no agreement unless there is one that gives sustainable and wide-ranging access to British waters,” he insisted, echoing Raab in saying fishing rights was one of the main sticking points.

A no-deal scenario or “a bad fishing agreement” would have a knock-on effect on all fishing policies in Europe, and risk harming “a carefully-designed trade balance”.

“Our terms are known, they are not new,” he said, pledging to “try again” to reach a deal so French fishing business would knew where they stand on January 1.

“We have a bit of time left but still a long way to go and if the UK believes that (limited) time left works in its favour as it has in the past few years, that is not the case,” he warned.

The pound is on the slide once again and that means that for those of you living in France who have income in sterling, it could have a huge impact.

British pensioners living across France who received their income in pounds were particularly hard hit.