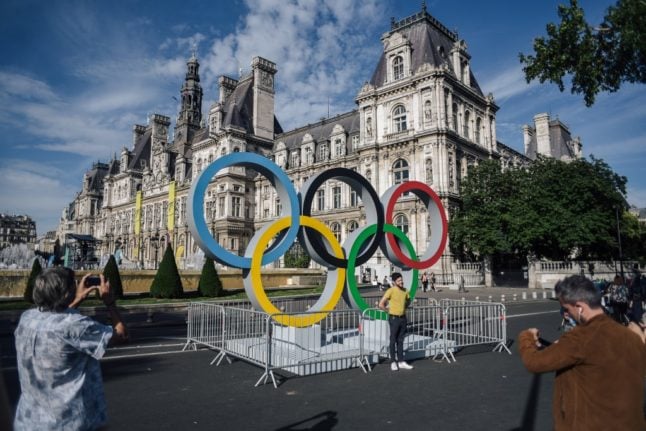 The revised map of venues still needs to be approved by the board of directors on December 17th, but is expected to remain unchanged.

Faced with the financial crisis caused by the pandemic and lockdowns, the Paris committee has come up with a revised venue list which its says will save €150 million by scrapping two building projects and amalgamating other events into the same venue.

The big loser is the département of Seine-Saint-Denis north of Paris, which was to get two new temporary sites for aquatic events and volleyball.

However the area keeps the Olympic Village for athletes, while the opening ceremony and athletics events will be at Stade de France in the area.

Here is a high-res version of the above map, and here is an overview of the revised map of events;

Lille – The handball events, previously planned for Paris, will be held at the Pierre-Mauroy stadium in Lille in northern France.

Marseille – the southern city of Marseille will hold sailing events

Tahiti – will host surfing. The island of Tahiti is part of French Polynesia, one of France’s overseas territories, which makes it technically part of France, despite being 15,000km away from Paris.

Versailles – The site of one of the world’s most famous royal palaces is only about 20km outside Paris and will host equestrian events and the modern pentathlon.

Saint-Quentin-en-Yvelines – the Vélodrome nationale in the town of Saint-Quentin, about 25km outside Paris, will host the track cycling events, while golf will be held in the same town.

Elancourt – the town of Elancourt, about 30km from Paris, will hold the mountain bike events, while nearby Trappes will host the BMX bike events.

Vaires-sur-Marne – the commune about 25km east of Paris will host canoeing and kayaking at the Stade nautique.

But unsurprisingly for a Paris Olympics, most events are in or around the city. Here’s an overview of the bigger events.

Stade de France – France’s 81,000-seater national stadium in the suburb of Seine-Saint-Denis north of Paris will host the opening ceremony, followed by athletics and rugby.

Seine-Saint-Denis is one of France’s poorest départements, and the Olympics had been envisaged as a major regeneration project for the area. In spite of the loss of two venues in the cost-cutting programme, there is still plenty happened in the northern area.

Diving, synchronised swimming and water polo will all be held in the Aquatics Centre.

Olympic Village – the athletes will stay in purpose-build accommodation in Saint-Denis which afterwards will be available as housing for local people.

Shooting, climbing and the media centre – will be hosted in Le Bourget, Seine-Saint-Denis.

Hockey – will be held in Colombes, in the Hauts-de-Seine département to the west of the city.

Moving within the city boundaries there are 12 locations that will be used for Olympic events.

Swimming – will be at the La Défense Arena in western Paris. A multi-function arena, it is the home of Stade Français rugby club, while also hosting multiple sports events and being used as a music venue in the evening.

Tennis and boxing – Roland Garros – home of the French Open – will naturally host tennis events, as well as boxing.

Table-tennis, weight-lifting, volleyball and basketball – the Parc des Expositions will host these events and the preliminary matches of the basketball events.

Gymnastics and basketball – the Accor Arena hosts the finals of the basketball, as well as gymnastics events.

But the Paris committee is also keen to use non-sporting venues to host events, including plenty of outdoor venues, to really integrate the games into the daily life of the city.

Taekwondo and fencing – the beautiful and historic Grand Palais, which usually operates as a museum, will host fencing and taekwondo.

Cycling – some cycle events will finish along the Champs-Elysée, as the Tour de France does.

Urban sports – this year’s new events, including breakdancing, and other urban sports will be held in the Place de la Concorde

Archery – will be held at Invalides, a historic landmark begun in 1690 on the orders of Louis XIV for injured soldiers.

Wrestling, judo and beach-volleyball – will be held on the Champs-de-Mars, next to the Eiffel Tower.

Cycling, walking racing, marathon, triathlon and open-water swimming – these will all be held partially on (or underneath in the case of the swimming) the Pont d’Iéna over the River Seine in central Paris.

The Paralympics take place between August 28th and September 8th 2024, two weeks after the Olympics which end on August 11th.

In total, 23 medals will be awarded on the first day – for taekwondo (three), swimming (16) and cycling (four).

“The Paralympic Games are a mirror image of the Olympic Games,” Ludivine Munos, head of integration at Paris 2024, said.

The athletes will stay in the same village, and compete at the same venues and France is fielding simply a ‘Games’ team – not dividing its athletes into Olympian and Paralympian teams.

These venues will host the following events.

As with the Olympics, most of the events will take place in Paris, but there are some non-Paris events;

The para-canoeing and para-rowing events planned for Vaires-sur-Marne will take place on a weekend, to ensure a maximum number of spectators. The para-swimming finals will take place in the evening, while the wheelchair rugby tournament is scheduled at the beginning of the Games.

How to get tickets?

Although the draw for Olympics tickets has now closed, Paralympic tickets do not go on sale until autumn 2023 – full details HERE.