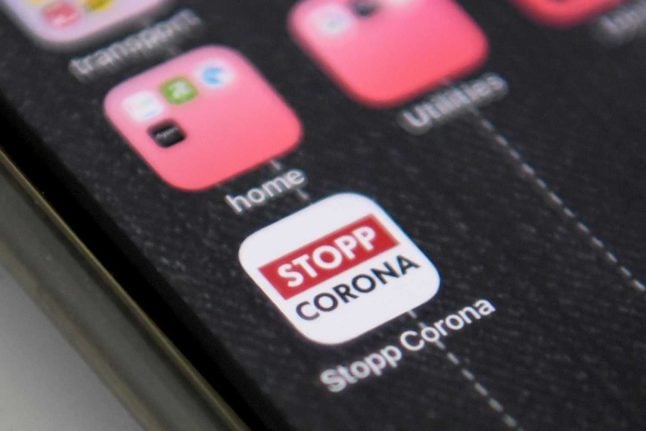 Launched during the peak of the pandemic in late March, ‘Stopp Corona’ – Austria’s coronavirus tracing app – is now preparing to go international.

The app was one of the first contact tracing apps launched anywhere in Europe. So whether you don’t have the app yet – or if you have it but want to know more – here’s what you need to know.

What does the app do?

Like other contact tracing apps, the goal of the Stopp Corona App is to “identify chains of infection and break them”.

The app tells users when they may have come into contact with someone who is positive with coronavirus, encouraging the recipient to isolate and get tested.

How does the app work?

As soon as someone reports a positive test to their app, the app is able to trace every other app user they have come into close contact with for more than 15 minutes.

These contacts are known as a “digital handshake”, with all contact data recorded.

Anyone who has come into contact with someone will receive a warning – either yellow or red – to notify them that they may be infected.

What are the yellow and red alert levels?

The app has two different types of warnings: yellow and red.

Will I be forced to isolate when receiving a warning?

When someone receives a warning, they are told to isolate – but unlike quarantine orders from doctors or the 1450 hotline, this is only a recommendation rather than a mandatory requirement.

Like most other contact tracing apps which have been deemed to be effective in Europe, the app uses a decentralised information storage system which sees data encrypted before being exchanged. This helps to protect privacy from app developers and other users.

This also means that the app is compatible with other apps used in EU nations.

UPDATED: Where are Austria's coronavirus hotspots?

When will the app be effective internationally?

As a decentralised app, it is compatible with the EU’s ‘Gateway’ system which went live in October.

Currently the International system has been set up in Germany, Ireland, Spain, Czech Republic, Denmark, Latvia and Italy.

The EU hopes that 16 countries – including Austria – will be a part of the international framework by Christmas.

Who developed the app?

The app was developed by the Austrian Red Cross in collaboration with Apple and Google.

Is the app effective?

Having the app is of course better than not having it, but whether it is truly effective depends on a variety of things.

Initially, the app only worked in iPhones when the app was open, severely limiting its functionality. Now, it can work at any time provided bluetooth is activated.

The rollout of the app was also hampered by an earlier pledge by National Council President Wolfgang Sobotka (ÖVP) to make the app compulsory.

According to Future Zone, this “caused irreparable damage to the image” of the app in Austria.

Why have so few people downloaded the app?

A major question relates to how many users the app has in order to be effective.

As at October 2020, the Stopp Corona App had just crossed one million downloads in a country of almost nine million people.

While a study from Oxford University from earlier in 2020 reportedly said such apps should be used by 60 percent of the population in order to be effective, the authors of the study say apps with a lower take-up rate can still be effective to some extent.

“Our models show that we can stop the epidemic if around 60 percent of the population use the app.”

“(However) Even with a smaller number of app users, we still estimate that the number of coronavirus cases and deaths would decrease with the help of tracing apps.”

In late October, Austrian Health Minister Rudolf Anschober appealed to members of the public to download the app amid a fresh rise in case numbers and a national lockdown.

“Now is the time to take part. It is not a big effort and helps to protect yourself and others. The app is now recording 1.1 million downloads already, 1,100 'red warnings' have already been passed on, plus 2,100 'yellow warnings’.”

For perspective, Austria recorded more than 5,000 cases per day over the first week of November.

On what phones and platforms is the app available?

The app works on smartphones with platforms beginning at Android 6 and iPhones from iOS 13.5.

The app can be downloaded here.

PARTNER CONTENT
The internet is not your doctor: When self-diagnosis goes wrong

As of September 9th, people can make reservations for monkeypox vaccination in Vienna, authorities announced. It is possible to register for the vaccine using the health service line by calling 1450 or via the Impfservice website.

The City of Vienna has said the pre-registration is needed because all planning will be done through a central system due to a shortage of vaccines.

“Please understand that due to the vaccine shortage, we cannot offer preventive monkeypox vaccination to everyone interested. We can use the reservation platform to quickly allocate available appointments and contact interested parties as soon as there are more vaccines”, the authorities said.

After the registration, people will be contacted to book appointments on September 14th. The first available date will be September 19th.

READ ALSO: Monkeypox in Austria: What causes it and is it serious?

Who should be vaccinated against monkeypox?

Vaccination of the general population is currently not recommended.

Preventive vaccination is only offered to health care workers with a very high risk of exposure to people with monkeypox (designated monkeypox departments/outpatient clinics/offices) and persons with individual risk behaviour (persons with frequently changing sexual contacts), the City of Vienna said.

The health authorities in Vienna also have a specific information sheet in English with more information on the disease.

Monkeypox is a notifiable disease caused by a virus closely related to the smallpox virus and which can cause a condition similar to smallpox but rarely deadly. People with immunodeficiencies, pregnant women and children are at risk of more severe symptoms.

The virus spreads from person to person through contact with infectious skin lesions, via air droplets through speaking, coughing, sneezing, or other body fluids, and when having prolonged and close physical contact, e.g. through sexual intercourse.

Usually, the first symptoms show up 5 to 14 days (at the latest, 21 days) after exposure. These include fever, general exhaustion, headaches, muscle and body aches, gastrointestinal problems and frequently painfully swollen lymph nodes.

“If you have symptoms and have had contact with someone with monkeypox, you must self-isolate at once and call 1450. If you have a confirmed monkeypox infection, you need to stay in self-isolation until the last crust has fallen off”, the Austrian authorities added.