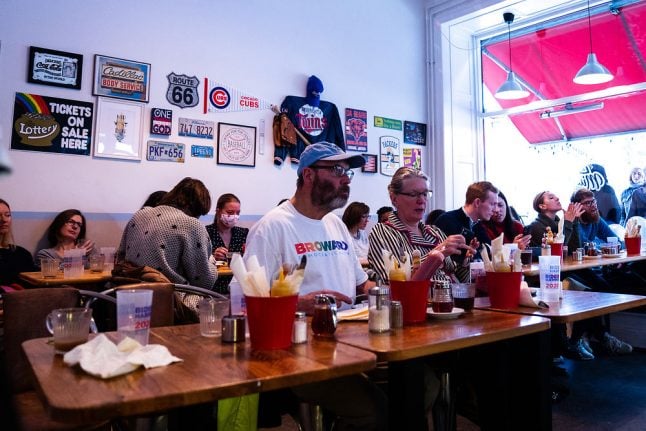 Americans from Democrats Abroad at the Midwestern Diner in Copenhagen on Wednesday. Photo: Emil Helms/Ritzau Scanpix

With several states still yet to finish counting votes, those on a thin margin could still hand the presidency to either incumbent Donald Trump or challenger Joe Biden, though Biden looks closer to the line at the time of writing.

The United States Ambassador to Denmark Carla Sands – a Trump appointee – said in the aftermath of the vote that she hoped for a peaceful transition regardless of the result.

Speaking at a small post-election event at the Marriott Hotel in Copenhagen on Wednesday morning, Sands said she did not want to “speculate about who wins”.

The ambassador said she hoped for a Trump win but also that her hope was “for a peaceful transition of power”, according to news wire Ritzau’s report from the event.

She also said she hoped “all Americans will support the man – whoever that will be – who is president”.

Sands’ comments strike a remarkably conciliatory note, given that Trump propagated disinformation about voter fraud prior to the election and has already falsely claimed victory and filed lawsuits in a number of states.

Denmark-based Americans who responded to The Local’s requests for reactions to the election tended to lean Democratic – in fact, we didn’t receive any responses expressing support for Trump.

Ryan Glass said on Thursday morning he was “cautiously optimistic” about the outcome of the national vote.

“Happy America showed up to the polls. Hoping we’ll see a return of the US to the global table,” Glass wrote via a tweet.

Cautiously optimistic. Happy America showed up to the polls. Hoping we’ll see a return of the US to the global table.

The importance given to global engagement by a Denmark-based American is perhaps unsurprising.

David S. Miller, vice chair and spokesperson with Democrats Abroad Denmark, told The Local via email he was “hopeful that Joe Biden will win the presidential election” based on election counts as of around noon on Thursday, Danish time.

“Most of the Democrats living in Denmark who I've talked to, as well as myself, are not taking it for granted that Biden is going to win. We all suffer from the trauma of 2016, where the polls showed that Hillary Clinton would win. Even this time around, polls showed that Biden would win, but when it came to Election Day, the actual margins were much thinner than what the polls indicated,” Miller noted.

Votes by foreign-based US nationals, which could be expected to lean Democratic, appear to have increased in 2020 compared to 2016, he said.

“From the statistics Democrats Abroad has gathered, it looks like votes by Americans living abroad has doubled in this election compared to 2016. I feel this is due to the polarizing effect Trump has had on Americans, and Americans living abroad in particular have seen how the international reputation of the United States has been damaged under his Administration,” Miller wrote.

“We have a very divided United States, and among Joe Biden's many tasks will be to reunite Americans,” he added.

READ ALSO: OPINION: Watching the US coronavirus response from Denmark is surreal 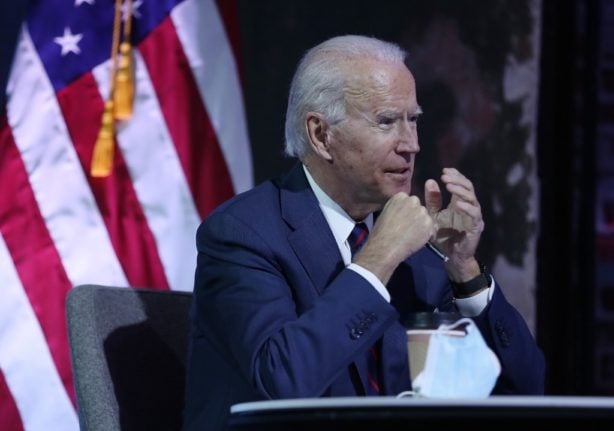