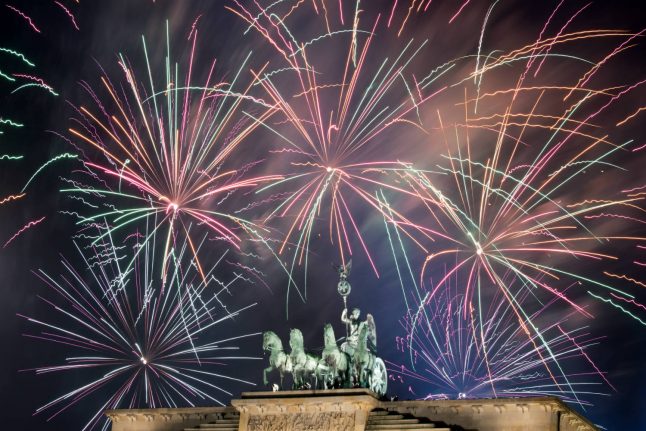 Fireworks at the Brandenburg Gate for the New Year on January 1st, 2018. Photo: DPA

Unfortunately 2021 is not looking like the best year for public holidays in Germany. Unlike countries such as the UK or US, workers don’t receive a day off if a public holiday falls on a weekend (and they work a Monday through Friday schedule).

German Reunification Day on October 3rd falls on a Saturday, and both Christmas and the day after fall on a Saturday and Sunday. Several other regional holidays occur on a Sunday.

READ ALSO: Should Germany ensure that workers get a day off for every public holiday?

That said, there is still a generous helping of holidays in Germany, particularly for some southern states. Other Bundesländer have their own public holidays, whether International Women’s Day in Berlin or World Children Day in Thuringia, both of which have only been a work-free day since 2019.

We look at all public holidays around the Bundesrepublik, where they’re celebrated, and what they’re all about.

Here are the national holidays first:

The Friday before Easter is a countrywide public holiday, in which Christians commemorate the crucifixion of Christ. Some states take its religious significance more seriously than others, such as in 12 out of the 16 states where it's 'illegal' to dance on the day.

Yet some (here's looking at you, Bavaria and Baden-Württemberg) particularly enforce the ban.

The holiday in honour of workers dates back over 130 years and is celebrated around the country with a range of festivals involving everything from dancing around poles to chasing away evil spirits.

In Berlin, one of the largest – and typically rowdiest – marches campaigning for workers' rights nationwide typically occurs on May 1st in the Kreuzberg district. 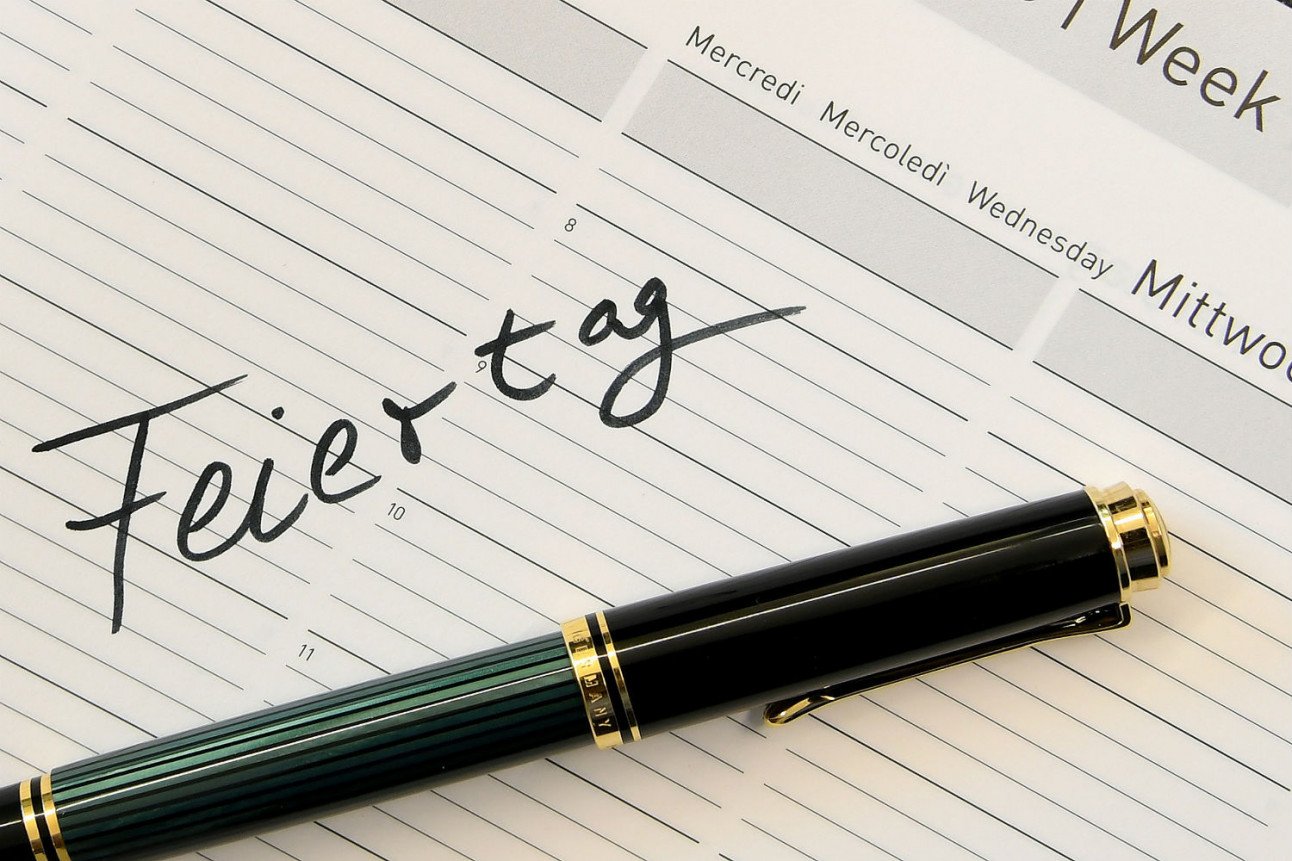 In its most pure form, this day is about commemorating Jesus' event into heaven. Yet the public holiday, which also marks Germany's Father's Day, is an epic excuse for many to delve into day-drinking debauchery rather than pious reverence.

This religious holiday marks the Holy Spirit's descent on Jesus' followers. But whether you're religious or not, it's always a nationwide public holiday in Germany.

This monumental day commemorates the reunification of former East and West Germany in 1990, following the fall of the Berlin Wall.

Not all western countries (the US for example) have December 26th as a day off work. But in Germany it remains a public holiday for all workers. However, as it falls on a Sunday there will be no day off during the week in 2021.

Now let’s take a look at other state specific holidays, and where they’re celebrated.

For countries such as Spain, this day is celebrated as a public holiday nationwide. It commemorates the arrival of the magi in Bethlehem to present their gifts to the baby Jesus.

READ ALSO: What you should know about Three Kings Day in Germany

For the third year in a row, Berliners are celebrating their own public holiday. For most, it’s only the second time around since it fell on a Sunday in 2020.

READ ALSO: What you should know about Frauentag, Berlin's newest public holiday

This holiday is known in English as Corpus Christi, or the Feast of the Body of Christ. While it's an official public holiday in six German states, it's celebrated in Roman Catholic communities around the country. 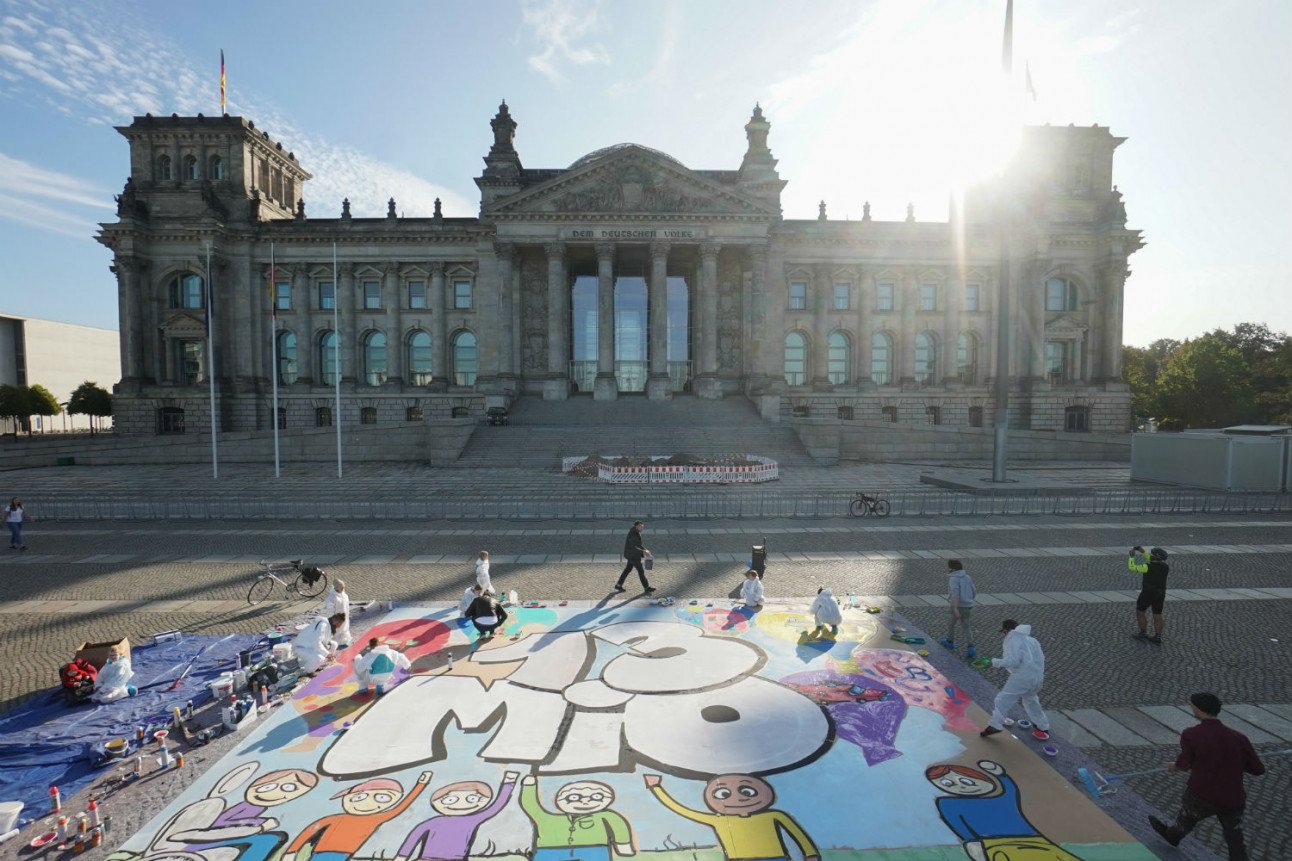 Berlin also celebrated Weltkindertag, even if not as a public holiday, in 2020 by this work of street art with the number of children in Germany. Photo: DPA

The eastern state has only celebrated the day as a public holiday since 2019, following Berlin’s example of declaring a public holiday in honour of a specific group. Children are the future, a state description of the holiday reads, and as such extra time should be devoted to improving their well-being.

This day marks the anniversary of religious reformation in Europe, commemorating when Martin Luther nailed his 95 proposals on to the door of a church in 1517. Only in 2017, on the 500th anniversary, was it a public holiday for all of Germany.

Catholics, and some Protestants, honour this day by visiting the graves of deceased relatives. While it's recognized in five states as a public holiday, some states have declared it a stiller Tag, in which certain activities like dancing in public are restricted.

The “Buß- and Bettag” (day of penance and prayer) always takes place on the Wednesday before the Ewigkeitssonntag (Eternity Sunday), also called Totensonntag (the Sunday before Advent on which the dead are commemorated).

READ ALSO: Saxony public holiday: What is the history behind Buß- und Bettag?

PARTNER CONTENT
Enjoy a taste of paradise in Malta

The 96-year-old died over the weekend, but left the unfinished complex in Mejorada del Campo to a charity run by a priest that has vowed to complete his labour of love.

Gallego began the project in 1961 when he was in his mid-30s on land inherited from his family after a bout of tuberculosis forced him to leave an order of Trappist monks.

Today, the “Cathedral of Justo” features a crypt, two cloisters and 12 towers spread over 4,700 square metres (50,600 square feet), although the central dome still does not have a cover.

He used bricks, wood and other material scavenged from old building sites, as well as through donations that began to arrive once the project became better known.

The building’s pillars are made from stacked oil drums while windows have been cobbled and glued together from shards of coloured glass.

“Recycling is fashionable now, but he used it 60 years ago when nobody talked about it,” said Juan Carlos Arroyo, an engineer and architect with engineering firm Calter.

The charity that is taking over the project, “Messengers of Peace”, hired the firm to assess the structural soundness of the building, which lacks a permit.

“The structure has withstood significant weather events throughout its construction,” Arroyo told AFP, predicting it will only need some “small surgical interventions”.

Renowned British architect Norman Foster visited the site in 2009 — when he came to Spain to collect a prize — telling Gallego that he should be the one getting the award, Arroyo added.

The sturdiness of the project is surprising given that Gallego had no formal training as a builder, and he worked without a blueprint.

In interviews, he repeatedly said that the details for the cathedral were “in his head” and “it all comes from above”.

The complex stands in a street called Avenida Antoni Gaudi, named after the architect behind Barcelona’s iconic Sagrada Familia basilica which has been under construction since 1883.

But unlike the Sagrada Familia, the Cathedral of Justo Gallego as it is known is not recognised by the Roman Catholic Church as a place of worship.

Father Angel Garcia Rodriguez, the maverick priest who heads Messengers of Peace, wants to turn Gallego’s building into an inclusive space for all faiths and one that is used to help the poor.

“There are already too many cathedrals and too many churches, that sometimes lack people,” he said.

“It will not be a typical cathedral, but a social centre where people can come to pray or if they are facing difficulties,” he added.

Father Angel is famous in Spain for running a restaurant offering meals to the homeless and for running a church in central Madrid where pets are welcome and the faithful can confess via iPad.

Inside the Cathedral of Justo, volunteers continued working on the structure while a steady stream of visitors walked around the grounds admiring the building in the nondescript suburb.

“If the means are put in, especially materials and money, to finish it, then it will be a very beautiful place of worship,” said Ramon Calvo, 74, who was visiting the grounds with friends.

FIND OUT MORE: How to get to Justo’s Cathedral and more amazing images

PARTNER CONTENT
Winter getaways: the stunning Swedish region with something for everyone
Url copied to clipboard!