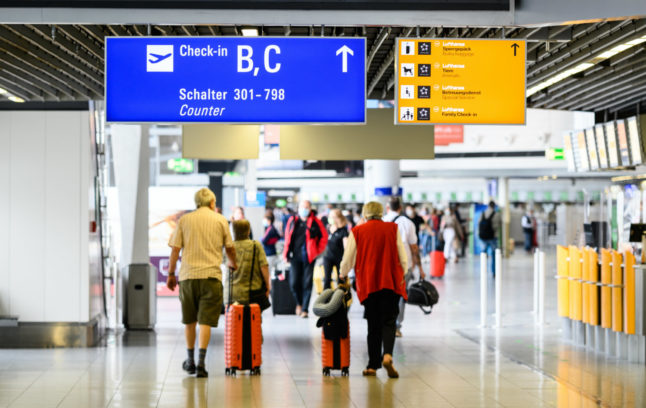 As The Local has been reporting, British people who have registered in Germany before December 31st automatically have the right to remain in the country after the transition period ends.

However, they do need to apply for their residence document with their local Ausländerbehörde (Immigration Office) by the end of June 2021. At the moment, though, Germany is processing the draft law so the application process has been put on pause.

This could be frustrating for the Brits who have already registered for a residence permit, such as in Berlin which introduced a system at the start of 2019, and have not heard anything yet.

On December 16th, the British government updated its advice to urge Britons living in Germany to carry their German residence document (if they have been issued one), or proof of residency as well as their passport when travelling after December 31st.

“If you have applied but not yet received your document, carry your certificate of application (Fiktionsbescheinigung),” said the UK government in its Living in Germany section.

If you do not have a residence document or the application “you should carry evidence that you are resident in Germany,” says the UK government.

“This could include an address registration certificate (Meldebestätigung), tenancy agreement, or a utility bill in your name, dating from 2020.

“If you cannot show that you are resident in Germany, you may be asked additional questions at the border to enter the Schengen area, and your passport may be stamped. This will not affect your rights in Germany.”

Brits will be able to travel

During an open information evening held online by the British Embassy earlier this year, authorities said that Brits who hadn't heard anything about their application should not be concerned at this stage.

It is likely they will hear back after the transition period ends. After that they can also contact their Ausländerbehörde to apply for the residence document if they haven't yet. The deadline for applications is the end of June 2021.

The head of the Brexit Taskforce in Germany, Axel Dittmann, said not having the document wouldn't mean that British people would be excluded from travel and return to Germany from January 1st 2021.

“By the time Christmas and New Year is here, no British citizen in Germany will have been issued a residence permit. But by no means you won’t be able to travel,” he said during the info evening.

“Simply take your British passport with you.”

Dittmann said Brits should also think about taking other documents with them that prove they live in Germany, just in case they are asked to at the border.

Until December 31st British travellers can join the EU queue when arriving at borders but from January 1st they will likely have to join different lanes. They will also face different border checks.

“It might be useful to take with you some kind of documentation that proves your residency. The lease of your apartment for example, or Anmeldung (registration document).

“But it's no problem to travel.”

READ ALSO: Q&A – What does Brexit mean for my rights as a Brit living in Germany

Brits could also carry other proof of residency such as bills, work contracts or insurance documents.

Deputy British Ambassador to Germany Robbie Bulloch said Brits should also be aware of an important point about their passport.

“From 1st January it’s very important when travelling to most European countries that British citizens have at least six months on their passport which is not something required at the moment,” he said. “It’s something you should make sure you have.”

Meanwhile, Brits were also advised that if they want dual British and German citizenship they have until December 31st to apply.

After the transition period ends, British people who want German citizenship can still apply but they won't be able to also keep their British passport. That's because Germany usually only allows dual citizenship for EU countries.

“If you want to have citizenship of both countries get your paperwork together and apply by the end of the year,” said Dittmann.

If you apply by December 31st, you will still be granted dual citizenship, even if that happens after the transition period has ended.

Find more information here: What you need to know about applying for German citizenship