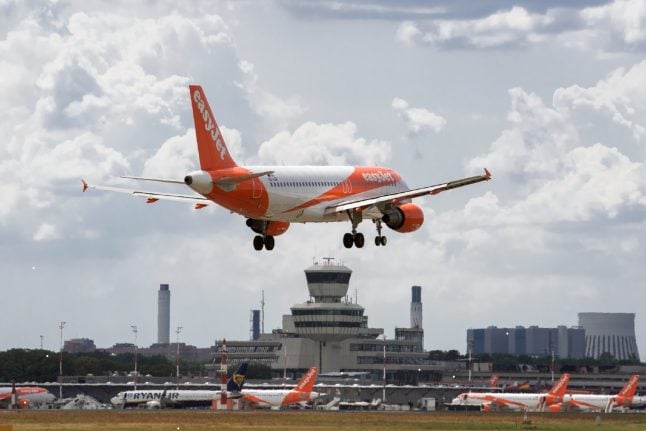 The final flight will take off from Berlin's Tegel Airport on November 8th. Photo: DPA

Visitors to the Reichstagskuppel (Reichstag dome) in central Berlin can watch as planes from Tegel airport fly over the city.

With Berlin’s long-awaited new airport set to open at the end of October, many now watch these flights take-off with a sense of nostalgia.

That’s because when Berlin Brandenburg Airport (BER) finally opens its doors, it will mean that Tegel has to close.

The grand opening of BER has been beset with controversies and delays, forcing Tegel to remain operational for nine years longer than originally planned.

Many Berliners were grateful to still see the code TXL on their plane tickets, however. Some even see the airport as an indispensable part of Berlin, even though it has long been falling apart at the seams.

Residents of Munich were similarly fond of their old airport, Munich-Riem, which was closed in 1992 to make way for the new Messe München airport. A plane departing from Tegel airport flies past the Reichstag dome. Photo: DPA

A symbol of freedom

During the Berlin Blockade of 1948, a makeshift airfield was set up in just 90 days to deliver goods to the citizens of West Berlin.

No one expected that this provisional airport would soon become the city’s gateway to the rest of the world. The first commercial flight touched down at the airport in January 1960.

The airport’s distinctive architecture is the work of architects Meinhard von Gerkan and Volkwin Marg.

It was their unconventional design for a hexagonal terminal that won them the commission. Building work began in 1970, and the airport was opened four years later.

Since its opening (and until the outbreak of the coronavirus crisis) passenger numbers have risen continuously, reaching levels hardly imaginable when it was first opened. Twenty-four million passengers passed through the airport last year alone.

The airport has been visited by many famous faces, including Queen Elizabeth II, to heads of state such as Barack Obama and Vladimir Putin, and film stars such as Marlene Dietrich and Renée Zellweger.

One particularly memorable moment saw Philipp Lahm, captain of the German national football team, emerge from a plane with a shiny gold trophy in his hand after winning the 2014 World Cup in Brazil.

“That was a very emotional moment for many German football fans, myself included”, admitted the boss of the new BER airport, Engelbert Lütke Daldrup.

Tegel has seen plenty of emotional moments in its time. “But Tegel is now too small for its purpose and doesn’t meet the demands of a modern airport”, he said.

“Anyone who has had to queue with 1,500 other people at security in Terminal C will know what I mean.”

Not everyone agrees, however. Sebastian Czaja, parliamentary chair of the liberal Free Democratic Party (FDP), sees the closure of Tegel as a big mistake.

READ ALSO: Ready for take off? Inside Berlin's long-delayed BER airport before it opens

“Its proximity to the city centre is not only beneficial to Berlin financially and as a hub for conferences and trade fairs, but it also relieves the strain caused by the long-delayed BER airport”, he said.

Czaja has campaigned against the closure of the airport for years. The Berlin branch of the FDP joined forces with the Pro Tegel Association in 2015 to launch an initiative to keep it open.

In a 2017 referendum, which was not legally binding, a narrow majority voted to keep the airport open. But the Berlin Senate decided not to uphold the decision.

The last day of normal service at Tegel will be November 7th, with the final Air France Airbus A320 taking off for Paris the following afternoon. With that the airport will come full circle: the first flight in 1960 belonged to the very same airline.

As one era ends, another begins

Tegel is also a popular tourist attraction for Berliners. When the city was divided during the Cold War, many went to the visitors’ terrace to watch planes take off from West Berlin. Tegel Airport in 1973, shortly after its opening. Photo: DPA

Tegel represented freedom for West Berliners, said Lütke Daldrip. This year, the visitors’ terrace had to close for months due to the coronavirus pandemic, but it reopened last weekend and will remain open until November 7th.

Even when the airport closes its doors, however, it won’t simply disappear from the map. The letters TXL may no longer be an airport code, but they will soon stand for an exciting new project.

There are plans to build a new district with over 5000 apartments and space for over 10,000 people, as well as a new research and industrial park with the futuristic name ‘Urban Tech Republic’.

The Tegel Projekt GmbH, the state-owned organisation responsible for the area’s development, wants to bring together founders, students, investors, industrialists and scientists in a new urban space.

The Urban Tech Republic will be home to up to 1000 different companies, and there are also plans to turn the current Terminal A into a university campus.

The new area will be largely car-free and its houses will be constructed with wood. Residents will be able to leave their cars at so-called ‘Mobility Hubs’ to switch to bicycles or public transport.

But these plans will take a while to be released. Tegel will remain ready-for-use for another six months, until the Tegel Projekt receives ownership of the land in Summer 2021. Building work on the new project will begin shortly after.

Project leader Philipp Bouteiller expects that the new ‘Schumacher District’ will welcome its first residents in 2026, and that the entire project will take between 20 and 30 years to complete.

It will come as no surprise to Berliners, of course, that these provisional dates take unexpected delays into account. 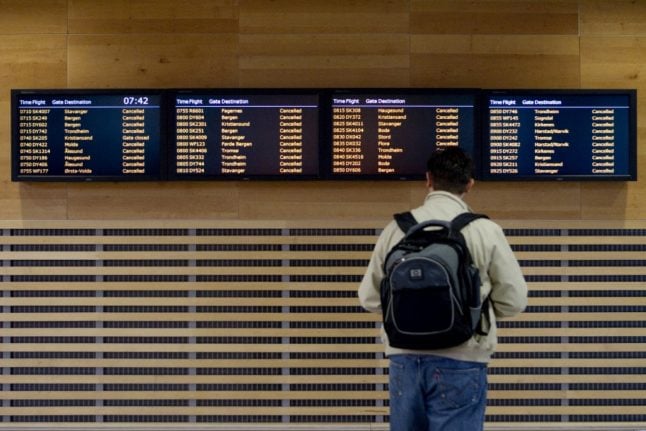