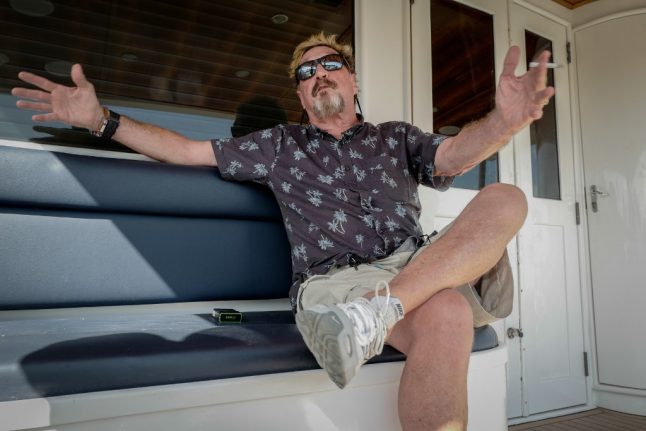 File photo of John McAfee interviewed in July 2019 on his yacht in Havana. Photo: AFP

Officers detained the 75-year-old on Saturday as he was about to board a flight to Istanbul and he was being held at a jail near Barcelona awaiting extradition to the United States, a Spanish police source told AFP.

His arrest comes a day after US prosecutors released an indictment against McAfee for allegedly failing to report income made from promoting crypto-currencies, making speaking engagements and selling the rights to his life story for a TV documentary.

The indictment, which was issued in June but only unsealed on Monday, said McAfee failed to file tax returns from 2014 to 2018, despite receiving “considerable income” from several sources.

McAfee allegedly evaded taxes by directing his income to be paid into bank accounts and crypto-currency exchange accounts in the names of others, according to the indictment.

He is also accused of evading the US tax office by concealing assets, including real estate, a yacht and a car, by putting them in the name of others.

US officials issued an arrest warrant through Interpol and have asked for his extradition, according to Spanish police.

Since making a fortune with his eponymous antivirus software in the 1980s that still bears his name, McAfee has become a self-styled crypto-currency guru, claiming to make $2,000 a day. He has nearly one million followers on Twitter.

He suddenly became tabloid grist after moving to Belize and his neighbour in the Central American country was mysteriously murdered in 2012, a crime that remains unsolved.

When the police found him living with a 17-year-old girl and discovered a large arsenal of weapons in his home, McAfee disappeared on a month-long flight that drew breathless media coverage.

The dead neighbour's family later filed a wrongful death suit against McAfee and last year a court in Florida found against him, ordering him to pay the family more than $25 million.

In 2015, McAfee was arrested in the United States for driving under the influence. He again disappeared from view until January 2019, when he fled the country. 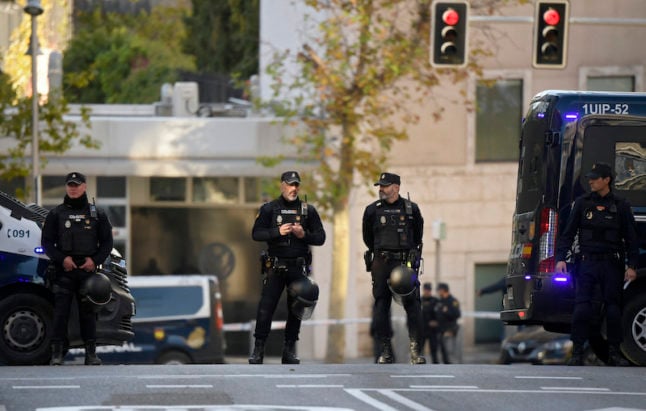 It took place in a northeastern district of the Spanish capital at around midday and the man was taken to hospital in a serious condition, the emergency services said.

“We treated a man who had suffered serious burns and took him to La Paz hospital,” an emergency services spokesman told AFP.

Police sources confirmed the man “had set himself on fire outside the Moroccan consulate” but were unable to give further details.

Details of the incident were confirmed by a Moroccan diplomatic source.

“The person set himself on fire next to the consulate. We have no idea why
he did it. It happened very quickly,” the source told AFP.

“There was no contact with the consulate, it happened just outside.”

Unconfirmed media reports said the man was a Moroccan national in his 40s,
with an eyewitness telling Spain’s RTVE public television he saw what happened
while driving past.

“I saw him running and there were people behind him trying to pull his clothes off,” said the witness, who gave his name as Rasheed, adding that he saw someone running over with a fire extinguisher to try and put out the flames.

“From the way the flames were starting from his head, I think he had poured
petrol over himself.”