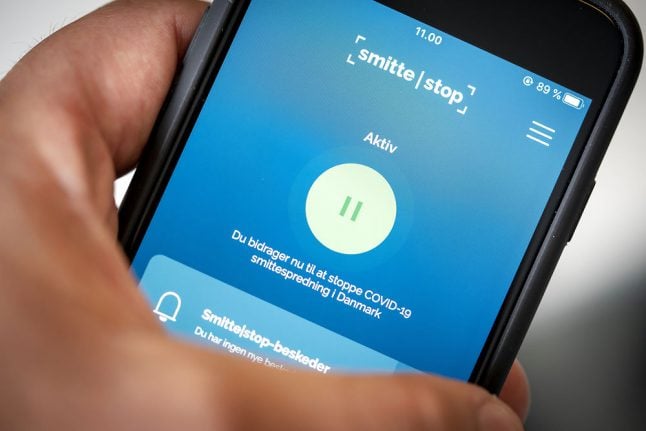 The technical problem may have caused certain users not to be notified they have been close to a person infected with coronavirus, when in fact this was the case.

It is currently unknown whether the issue has been present since the app was launched in June, according to DR.

Newspaper Politiken has reported that Copenhagen city councillor Pia Allerslev found that her family did not receive warnings from the app even though she tested positive for Covid-19 and had been close to them for over 15 minutes, the requirement for the notification.

Similar situations have subsequently been reported in other media in Denmark.

“We have recently tested the app to recreate the situation and appear to have found a possible cause for (the error),” Lene Ærbo, the technical leader of the app for the Danish health ministry, told DR.

Technical staff are working to confirm the error before releasing an update, according to the broadcaster’s report.

“We can see that in some cases, where mobile phones are together for a longer period, for example people who live together, close contacts don’t get a (possible) infection notification,” Ærbo said.

She added that because Google and Apple, who developed the Danish app, update it on an ongoing basis, it was not currently possible to say whether the error has always existed.

The Smittestop app is regarded as a supplement to manual contact tracing in Denmark, which is conducted by the Danish Patient Safety Authority (Styrelsen for Patientsikkerhed).

One of its key intended functions is to identify infection chains between people who do not know each other.

Ærbo said to DR that the technical problem is limited to very close contacts – such as people in the same household – and not those for which contact had a relatively short duration.

“We can see that infection notifications are sent out for short-lived contacts. That is typically unknown contacts, so this is positive,” she said.

“But there have been challenges with household contacts and we are testing and working to improve this as soon as possible,” she added.

According to Ministry of Health figures reported by DR, 2,266 people registered their positive coronavirus test on the app between its launch and September 21st. The app has been downloaded 1,393,967 times.

READ ALSO: Which European countries' coronavirus phone apps have had the most success?