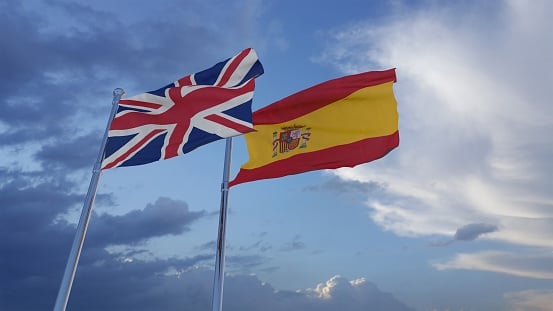 However, you may need to take some action this year to keep all your rights and access to services in four key areas: residency, healthcare, travel and driving. This guide, presented in partnership with the UK Foreign, Commonwealth and Development Office (FCDO), tells you what you need to do.

If you’re British and are legally living in Spain before 31 December 2020, there’s a simple and welcome message on residency: no need to say ‘adiós’. Your right to live in Spain will be protected.

However, you may still need or want to take action. If you register as a resident between now and the year’s end, you’ll be issued with a biometric identity card called a TIE (Tarjeta de Identidad de Extranjero). If you're not yet registered, you should do so as soon as possible.

As a UK citizen, your TIE will confirm your status under the Withdrawal Agreement between the UK and the EU. From 6 July this year, TIE cards have been issued instead of the green A4 residency certificates and green credit-card sized pieces of paper issued by Extranjería (the migration office) or the police as proof of residency.

So, what if you have one of these older documents? Don’t panic – your current document will remain valid after the transition period ends. You can choose to exchange it for a laminated TIE – which the Spanish government says is more durable and explicitly mentions your status as a beneficiary of the Withdrawal Agreement.

A TIE will make administrative formalities and border crossing easier. But the older documents provide equal proof of your residence, so it’s up to you whether or not to change! 2. Ensuring you're registered for healthcare

You need to have healthcare cover in order to register as a resident in Spain. If you’re living in the country before the end of 2020, your rights to Spanish healthcare will be protected as long as you remain legally resident. But access to healthcare in Spain works differently to in the UK – where the NHS is a residence-based system.

UK nationals access Spain’s national health system in various ways depending on personal circumstances. For example, you’re entitled to the same healthcare as a Spanish resident if:

Once you’re registered for healthcare, basic state services are free. You can expect to pay in part for prescriptions – or in full if you use the Convenio Especial.

3. Checking you're ready for trouble-free travel

You live abroad – so crossing borders is no big deal, right? But you’ll face some new rules on travel within Europe next year – so doing your homework now could save you a lot of trouble later. From 1 January 2021, you’ll need six months left on your passport to travel within Europe (be aware that any extra months you had added to your passport's validity when renewing it early last time won't count towards this).

You can check your passport’s validity here to know for sure if you need to renew it before booking a trip. This new rule applies to children’s passports, as well as adults, and applies for travel to most European countries.

It doesn’t apply for Ireland or if you’re entering or transiting to Spain and have your rights protected by the Withdrawal Agreement.

Living in Spain, you'll know it's a beautiful country to explore by car – whether you're on a coastal road or crossing the rugged interior, the scenery is often breathtaking. But if you still have a UK driving licence, you'd be wise to exchange it for a Spanish licence soon.

Do this before the end of 2020 to be guaranteed an exchange under the current rules – which don't require you to take a driving test. You’ll need a valid residence document to make the swap.

Book an appointment with the Spanish Traffic Authority (DGT) to set the wheels of your licence exchange in motion.

You can sign up to get emails with the latest official UK government updates about these topics in Spain. It may also be worth signing up if you’re waiting for information to be announced on a topic not covered here – such as travelling with pets, for example.

British embassies and consulates in Europe have held over 775 Brexit-related outreach events with UK nationals since November 2017 to understand people’s concerns and explain actions they need to take. Initiatives during the coronavirus crisis have included Q&A events on facebook.com/britsinspain.

See the video below featuring Jalloul and Hugh Elliott, the British Ambassador to Spain, for more information on your rights.