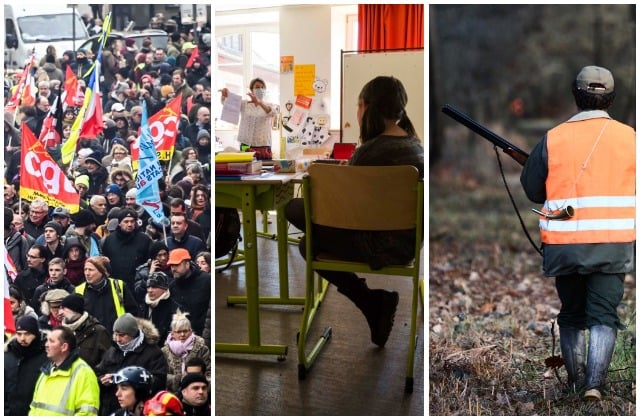 September 1st is the day some 12 million school pupils will return to classrooms across France for what's known in French as la rentrée scolaire (to read more about the cultural phenomenon that is la rentrée, click here).

Reopening schools will be different this year, especially seeing as teachers and pupils over 11 years old (in secondary and high school) will be masked. We took a look at both the general changes in schools in France this September and the anti-coronavirus health plan set in place.

Masks become compulsory in the workplace

September is also when many people return to work after a summer holiday. This year, anyone working in a shared indoor workplace will need to wear a mask from September 1st. We have explained the rules on wearing masks in workplaces here.

No large gatherings yet

Gatherings of more than 5,000 people were supposed to be allowed as of August 15th, but a surge in the number of new coronavirus cases in France saw the government push back the date to October.

Additional rules limiting gatherings in public can be made in France's 21 “red zones”, which have been identified as particularly vulnerable due to the high number of cases confirmed in the area.

In Bouches-du-Rhône, the Marseille area, local authorities banned public gatherings of more than 10 people after a Covid-19 spike last week.

The 5,000 person-limit on does not affect demos, and the hardline worker's union CGT has called on people to take to the streets across the country on Thursday, September 17th, in a what a “general strike” to “condemn the government's social policies,” the union wrote in a statement.

Worker's unions FSU and Solidaires have declared their support of the protest, which could mean some schools or public transport will be affected.

The 'yellow vest' movement, which saw its heyday in the winter of 2018/2019 when thousands of protesters took to the streets across France to protest the government's policies, has been out of the public eye for quite a while.

On September 12th, the movement will try and make a comeback.

One of the social movement's main public figures, Jérôme Rodrigues, told Slate that “Covid has been our best ally,” by spotlighting inequalities and proving the 'yellow vest's' claims on the “degrading of the health system and the limits of the capitalist system.”

Previous attempts to reignite the movement have resulted only in sparse numbers.

This is the month the French hunting season kicks off, which means that people living in rural areas do well to watch out for people with guns.

READ ALSO: How to get through the hunting season in France without being shot

In most areas, the season begins in mid September and lasts until sometime in February. The rules vary however so check the French National Federation of Hunter's website for details about your area.

Cigarette prices increase (but not all of them)

Continuing the government’s aim to reach a goal of an average price of €10 for a pack of cigarettes in France before the end of the year, some brands will see the price of their 20-packs increase by €0.10 in September, from €9.20 to €9.30. A few packs currently set at €9.60 will on the contrary decrease to €9.40.

Gas prices in France will rise for the second month in a row, following months of steady decrease. On September 1st French households will see a slight price hike of 0.6 percent on average, according to French utility multinational Engie.

France’s chômage partiel (partial unemployment) furloughing scheme, which was ramped up in March to avoid mass layoffs during the nationwide lockdown, will continue to be gradually phased out.

Domestic workers working for private employers – cleaners, gardeners, carpenters, babysitters, teaching assistants – will no longer be able to access the scheme as of September 1st, according to a decree published in the French online legal portal Journal Officiel. The scheme will be maintained in French overseas territories of French Guinea and Mayotte for these workers until the end of the health state of emergency (a date not yet set).

France will divide its furloughing scheme in two in October and continue cut down on the financial support in the months to come.

READ MORE: What you need to know about France's crisis unemployment scheme

Children aged between 4 and 11 in the greater Paris region Ile-de-France will, as of September 1st, be able to travel on a new 'junior pass'. The pass will cost €24 and can be used on all types of public transport in the region.

As of September 1st, a person caught with less than 10 grammes of cocaine or 100 grammes of cannabis will be fined €200 instead of being arrested – if they admit to the offense and are more than 18 years old. This new rule has been tested in several French cities already, including Rennes, Lille and Marseille, and will now be made national.

Using narcotics in France is illegal as of a 1970 law and offenders face a fine of €3,750 and up to one year in prison, but this law is rarely enforced because of all the administrative work required. The goal of the new law is to make it easier for police to sanction cannabis smokers and cocaine users without going through all the administrative work currently in place.

PARTNER CONTENT
Around the world: the leadership styles of different countries 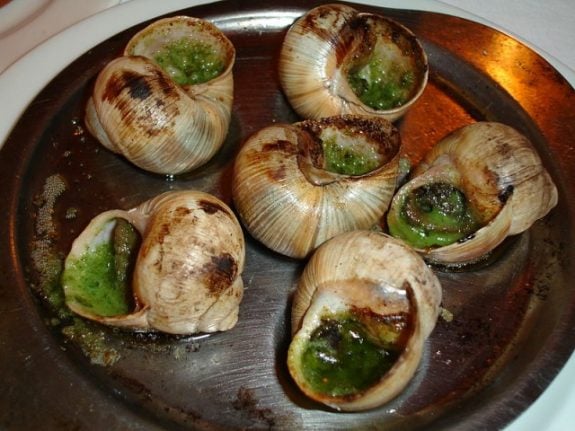 The French Constitution offers broad legal protection to anyone in France from the right to trial to the right to legal advice, but there are some scenarios specific to foreigners in France, as well as some advice from lawyers and embassies on dealing with French police.

EXPLAINED: What are your legal rights as a foreigner in France?

What to do if you are arrested in France

Summer’s here and as well as trips to the beach and drinking rosé and spritzes, it can all too often be the season for wildfires, especially in the south of the country.

If you’re unfortunate enough to be in the vicinity of a wildfire, here’s what to do

What to do if you see and wildfire

And if you need to call emergency services for any reason while in France, here’s our emergency vocab guide.

Emergency in France: Who to call and what to say

If you’re planning to study in France, some cities are more attractive than others. This year, for the 2023 ranking, five French cities – Paris, Lyon, Toulouse, and Montpellier – made the 140-city list, with Paris making the top 10.

Revealed: The best cities in France to be a student

If you drive in France, you may have seen the people who go straight through the toll booths without having to queue. Ever wondered how they do it? It’s a little thing called télépéage.

Driving in France: What is télépéage and how does it work?

Along with wine and the baguette, certain culinary habits are along the most often-cited clichés about the French – in fact the supposed habit of eating frogs’ legs even led the English to nickname the French ‘frogs’ (in return they are called les Rosbifs – the roast beef-eaters). But, do they really…?

It’s the question that every foreigner in France has been asked – why did you move here? From cycling opportunities to education, retirement to romance and – overwhelmingly – an improvement in their quality of life, readers of The Local have been sharing why they moved to France, and what keeps them here

‘Our life is so much better here’ – Why do people move to France?

PARTNER CONTENT
7 out of 10 academics in Sweden are members of a union. Here’s why you should join one, too

PARTNER CONTENT
Five ways to transform your career in 2022
Url copied to clipboard!