Northern Swedes rushed to the store to buy the iconic Polarbröd flatbread after one of its major bakeries burned to the ground in a devastating fire inferno, threatening hundreds of jobs.

Polarbröd is the largest employer in Älvsbyn where the fire broke out at its factory late on Sunday evening, after a lump of dough caught fire which spread to a conveyor belt and then the roof.

Around 270 people are employed at the factory, reported Swedish radio station Ekot. It is unclear how the company will resolve the situation, but they risk having to furlough or lay people off.

“It is too early to say, but we can't rule it out since the situation is what it is,” Polarbröd's CEO Karin Bodin, the fifth-generation owner of the family business which was founded in 1971, told Ekot. 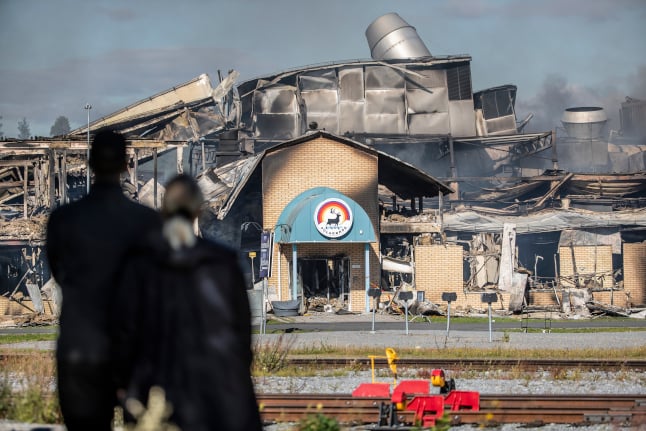 Polarbröd pledged to rebuild the bakery at a press conference on Monday. It owns another bakery in Bredbyn, although around three-quarters of the company's total production is baked at the factory in Älvsbyn.

The fire did not claim any lives or physical injuries, but it will have left a large mark on the municipality of Älvsbyn. Situated some 50 kilometres west of Luleå in northern Sweden, it is home to around 8,000 people, many of whom have worked or know someone who works at the factory.

Polarbröd's soft or hard flatbread is well-known in Sweden and many of The Local's readers took to our Facebook page to share their memories of what many described as their favourite bread. 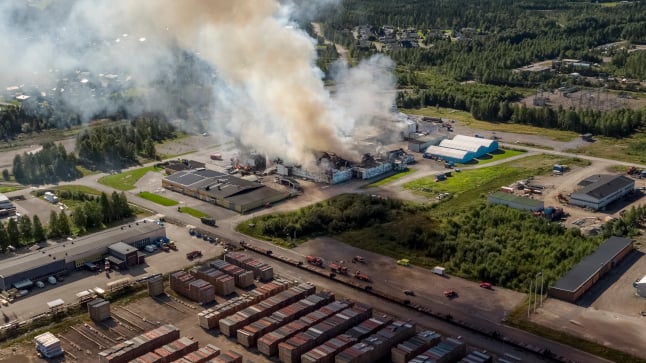 Smoke rising from the building on Monday. Photo: Jens Ökvist/TT

Firefighters were called to the blaze at around 11.30pm on Sunday, and spent much of Monday fighting to extinguish the flames, which occasionally flared up again.

By Monday afternoon there was no longer a risk of ammonia gas spreading from cooling systems in the building, so a warning to all residents to stay inside and close their windows was lifted.

My Swedish Career: ‘We wanted to make Lapland accessible to those with disabilities’

The sun won’t set in northern Sweden until July