Remote learning remains a possibility, but not an obligation, for schools in Sweden as students around the country begin term this week, the Education Minister said on Wednesday.

Minister Anna Ekström made the comments during a press conference in which she outlined the rules ahead of back-to-school season but did not make any new announcements.

She urged schools to be “flexible”, outlining some of the measures which have been recommended by the National Board of Education since an early stage in the pandemic.

This include changing furniture arrangements to promote distancing, staggering lesson and break times to prevent students mixing in large groups, and increasing cleaning. Many parent-teacher meetings are likely to be cancelled, she said.

Schools for under-16s have remained open throughout the pandemic, and Ekström said this decision was based on research showing children were affected by the virus to a lesser extent. “The younger the child, the more mild the symptoms,” she said.

In Sweden, only one of the almost 6,000 people to have died after testing positive for the coronavirus was aged under 10, and none of the victims have been in the 10-19 age group.

Ekström added that no occupational group linked to schools had been over-represented in Sweden's coronavirus statistics.

In addition to taking this kind of measures, heads of schools have also been given additional decision-making powers.

These include the ability to switch to remote learning, or make other changes such as adapting the timetable (including moving lessons to weekends) if necessary due to the infection situation.

“If the situation gets worse, teaching can be moved partially or entirely to distance learning. This could happen in the whole country, individual schools, or in municipalities or regions where schools may need to close as a measure to prevent spread of infection,” Ekström said.

“The government is prepared to take measures, but we don't want to close schools.” 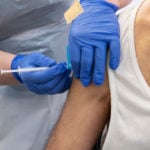 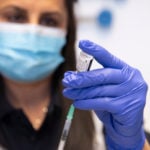