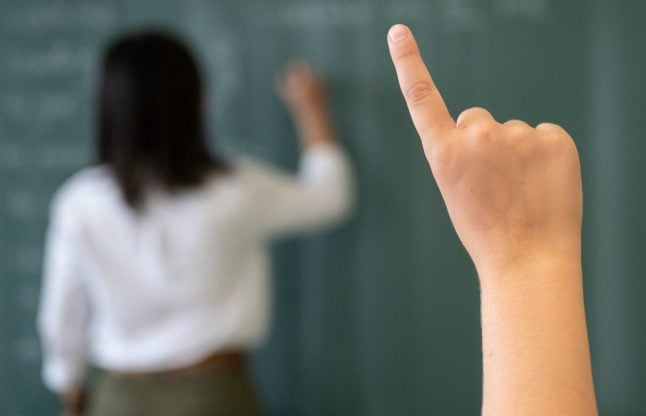 It's well known that Germany is behind the times when it comes to broadband speed and connectivity.

And the coronavirus crisis exposed major digital holes in the German education system.

As pupils were forced to stay at home and lessons had to be conducted online during the lockdown, there were issues with a lack of equipment and slow connections.

Now representatives from the federal and state governments have put together a plan for a digital upgrade.

They've decided that schools should have faster WiFi connections, there must be affordable Internet access for pupils and that laptops should be available to teachers.

What's been agreed so far?

Although an agreement was reached on the proposals, formal decisions still need to be made by the federal and state governments.

However, there are concrete plans to provide every teacher with a service laptop, and every pupil with cheap access to the Internet at a maximum cost of €10 per month. In cooperation with the Federal Ministry of Transportation, every school in Germany is to be quickly connected to fast Internet.

It's expected to cost around €500 million.

Why is this needed?

The coronavirus pandemic revealed major problems with digitalisation in schools.

Tasks and communication via the Internet during school closures worked only to a limited extent, authorities say.

Education trade unions and teachers' associations slammed the fact that not all pupils were equipped with appropriate technology at home. The lack of equipment for teachers was also criticized.

What are the reactions to the plan?

There is cross-party support for the proposals, but some have questioned why the digital offering in schools is so far behind.

Hamburg's senator for education, Ties Rabe (SPD), added: “It was a gratifyingly constructive discussion across the borders of the federal government, the states and the parties. We wanted to arrive at joint solutions, and we have come astonishingly far.”

Bavaria's education minister, Michael Piazolo (of the Freie Wähler) said: “This shows that the topic of school is very important to all of us.” The meeting, he said, was driven by the idea that school and education were top priorities.

CDU politician Friedrich Merz, who is a candidate for German chancellor after Merkel steps down, told the Passauer Neue Presse newspaper on Friday it is “simply unacceptable that even today not every school has a WLAN connection”.

“Germany is a developing country when it comes to digitalisation,” he added. Every school needs to have an Internet domain and every pupil as well as all teachers should have their own e-mail address on this domain, he said.

Merz called for the plans to be put into place quickly.

Will more schools close due to the pandemic?

Germany is aiming not to close schools down fully when coronavirus infections occur unless absolutely necessary. Instead, authorities may enforce partial closures to stall the spread of Covid-19 when outbreaks happen.

“There is agreement on the common goal of avoiding further complete and nationwide closures of schools and daycare centers if possible,” said government spokesman Steffen Seibert.

KMK President Hubig said that good education policy is a task for society as a whole. “We must all ensure that our pupils can realise their right to education,” she said.

However, shortly after the start of the new term in several federal states, some schools have already had to close again due to outbreaks or as a precaution.


In the news magazine Focus, Hubig criticized the recreational behavior of many German citizens. “When I see how some adults behave on weekends in beer gardens or on the beach, I'm shocked,” she said.

“We fulfill the highest standards at schools to provide education, while others behave irrationally in their free time.”

PARTNER CONTENT
How to work in an international team
Url copied to clipboard!