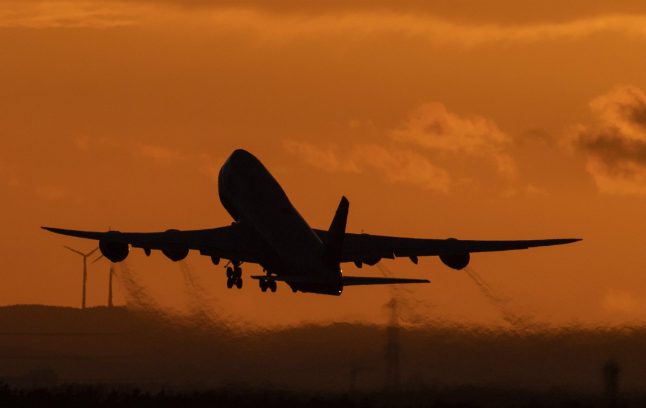 A plane leaving from Frankfurt in March. Photo: DPA

How will life change for British people living in Germany after the Brexit transition period ends on December 31st? And will Brits still be able to move to the Bundesrepublik in future?

We put some questions on these issues to Sir Sebastian Wood, British Ambassador to Germany and Axel Dittmann, head of the Brexit Taskforce in Germany.

For the first part of the Q&A on general rights for Brits in Germany click here.

The Local: Will British people in Germany lose the right to freedom of movement throughout the EU after the transition period?

Sir Sebastian Wood: I understand onward movement rights – the right to move to live and work in another EU member state after the end of the transition period – are an important issue for UK nationals living in Germany. Unfortunately, these are not protected in the Withdrawal Agreement.

The British government sought the inclusion of onward movement rights during the first phase of negotiations on citizens’ rights in the Withdrawal Agreement, but the EU took the view that this was a benefit closely associated with membership in the EU and therefore should be excluded. During the transition period, UK nationals will be able to move to other EU member states as before.

Axel Dittmann:  British citizens will be allowed to travel to other Schengen States, using the newly introduced residence cards for British citizens which serve as documentation of their rights under the Withdrawal Agreement. They can stay for up to 90 days within any 180 day period.

However, they will no longer be allowed to work in any other EU or Schengen State without a permit from that state. There are special rights under the Withdrawal Agreement for frontier workers who have been living in a different state than the EU member state where they were working on 31 December 2020. They will be permitted to continue their frontier work, and will eventually receive appropriate permits from both of the states involved.

The Local: After Brexit, do British nationals in Germany need to carry any documents when travelling (other than a passport)? Will they be able to get back into Germany easily? Are British people in Germany still able to use the ‘EU passport’ line during the transition period?

Axel Dittmann: During the transition period, British people will enjoy the full rights of freedom of movement and will therefore be able to use the EU passport line. After it ends, however, they will no longer be entitled to use the EU line. They should be able to provide documentation of their rights under the Withdrawal Agreement. After 30th June 2021, they will be required to show the new residence document, or a temporary substitute upon entry and exit.

The Local: Will British people who are eligible to apply for German citizenship after the transition period be able to retain their British passport (dual citizenship) or do they lose that right?

READ ALSO: Explained: What you need to know about applying for German citizenship The Local: After the transition period ends, will British people still be able to move to Germany? Will they be required to meet any conditions? And if so, which conditions?

Axel Dittmann: The Withdrawal Agreement does not specify rights for British people wishing to move to Germany after the end of the transition period. The future rules on the movement of persons between the UK and the EU depend on the current negotiations. If there is no agreement, the same rules as for other third-country nationals will apply. Websites like Make it in Germany show the available paths to live and work in Germany.

As an experienced and welcoming destination country for third country nationals, Germany will still be open to people from all over the world – including from the United Kingdom. And British people married to a German national will generally have the right to move to Germany under a special scheme for family reunification.

The Local: How are British students planning to study in Germany after the transition period affected by Brexit?

Axel Dittmann: Since the UK is part of the European Higher Education Area with 48 countries involved, there will be no changes in accessing or progressing within the German higher education system when it comes to pursuing a Bachelors, Masters, or PhD degree.

When it comes to fees, British students who plan to start studying in Germany after the transition period will probably be subject to the same rules as other non-EU country nationals. However, only one of sixteen Länder (Baden-Württemberg) currently charges fees for third country nationals.

The Local: What will British nationals moving to Germany after the end of the transition period need to do to ensure they have healthcare coverage?

Sir Sebastian Wood and Axel Dittmann: For British nationals moving to Germany after the transition period, the teams negotiating the future UK-EU relationship are discussing the issue of healthcare coverage at present.

Do you have any other questions about Brexit that The Local can try and answer? Email us: [email protected]