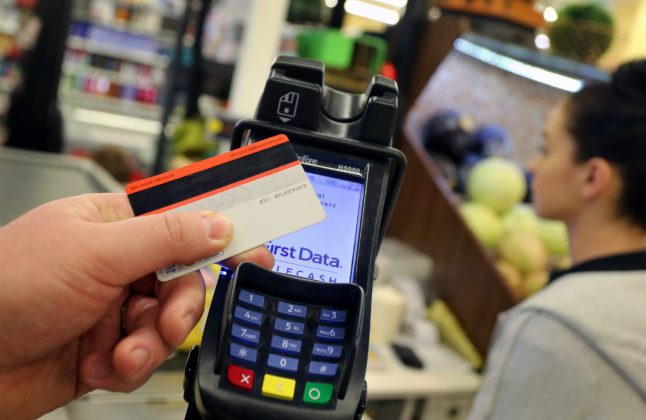 Is the future digital? Photo: DPA

The coronavirus pandemic has ushered in dramatic changes – for a temporary period at least – such as working from home. And in Germany lots more people and businesses turned to card payments instead of cash. But is that still the case now the pandemic is easing?

While Germany has a strong and enduring love for cash, hygiene concerns relating to the coronavirus may permanently change this.

The World Health Organisation (WHO) expressly said card payments – particularly contactless card payments – should be encouraged as a means of halting the spread of the virus.

What's the situation in Germany?

Card payment is becoming more popular in Germany – in 2018, card payments even outstripped cash for the first time.

However, anyone who lives in Germany knows that many places do not accept card, and you should always carry some cash in your wallet.

Currently, almost half of all payment transactions in Germany are made by card, according to a representative survey commissioned by the project.

It has dropped slightly since the height of the epidemic: at the beginning of April, around two-thirds of Germans questioned in a survey said they were paying by card out of consideration for cashiers working on the frontline of the pandemic.

But Limburg said awareness over the advantages of card payment is still strong.

He said customers who began using contactless payments for the first time during the pandemic say they are now enjoying the advantages of fast and convenient processes, rather than using card only out of concern for shop workers.

Banks have also been noticing this trend. The President of the Eastern German Savings Bank Association, Michael Ermrich, pointed out that the contactless card procedure is not only more hygienic, but also more convenient for customers. And he’s convinced that the trend will continue beyond the pandemic phase.

But Horst Gischer, economist at the University of Magdeburg, doesn’t think that the development towards increased digital payments will continue after coronavirus. For one thing, he says, it's impractical to pay only small amounts of money digitally.

Meanwhile, he said using cash as a transaction protects privacy, while providing security to the seller who receives the payment immediately.

Why do Germans love cash so much?

It's down to two main factors: a desire for privacy, and a fear of debt. Throughout modern times, Germans have historically preferred to pay with cash.

Card payments allow financial institutions and potentially others to monitor where your money is being spent, which is something that reminds Germans of the slippery slope of a surveillance state.

German distaste for debt has halted the rollout of credit card payment in the country – the German word for debt ‘Schuld' also means guilt – meaning that even if you wanted to pay with credit card it would be difficult.

Up until recently, many major supermarkets and retail chains wouldn't accept credit cards, regardless of the size of the transaction.

That has changed but there are still many cafes, restaurants and clubs that won't accept card.

A survey conducted at the end of 2019 shows that it could take a bit longer before Germans, who pay with cash much more often than in other countries in Europe, switch to digital.

Even among those under 30, only a quarter said they were ready for a life without cash. And, not surprisingly, the older they are, the lower the approval of das Bargeld (cash). Only five percent of those aged 65 or above can imagine a life without it.

What do you think? Is cash on the way out in Germany? Tell us for a future article by emailing: [email protected]