AS Roma players training at the Trigoria training ground on the outskirts of Rome in 2018. File photo: AFP
“We feel it's a timely opportunity to communicate an important message to millions of television viewers around the world,” said Paul Rogers, chief
strategy officer at AS Roma said on the club's official website.
“Not being racist isn't enough. We must be anti-racist,” he continued speaking of the global protests sparked by the killing of George Floyd in the
United States.

Not being racist isn’t enough. We must be anti-racist.⁣ ⁣ #ASRoma players will wear a #BlackLivesMatter patch on their shirts for the final 12 games of the Serie A season.⁣ ⁣ The first time #ASRoma will wear the #BlackLivesMatter patch will be against Sampdoria on Wednesday. ⁣ ⁣ The club will auction off match-worn shirts from each of the 12 games to raise money for a number of prominent anti-racism organisations.

Italian football is plagued by racism, with players of African origin often targeted for abuse.

Romelu Lukaku and AC Milan's Ivorian Franck Kessie have been targeted by monkey calls this season.
Blaise Matuidi, Kalidou Koulibaly and Moise Kean were also victims last season.
READ ALSO:
In September, Roma banned a fan for life and informed the police of racist abuse aimed at their own Brazilian fullback Juan Jesus and in October they issued an apology after their supporters racially abused Sampdoria's English midfielder Ronaldo Vieira.
The American-owned Italian team will return to action after the three-month coronavirus shutdown against Sampdoria in an empty Stadio Olimpico next Wednesday.
Players will wear the badge featuring two clasped hands – one black and one white – with the words 'Black Lives Matter' and 'Assieme' ('Together' in Italian) for a total of 12 Serie A games, the last of which will be in Turin against Juventus.
The club, who are fifth in Serie A and battling for Champions League football next season, will then auction off all the worn shirts to raise money for anti-racism groups and the Roma Cares group, to help develop new club-run, anti-racist initiatives with children in Italy.

MILAN
IN PHOTOS: People across Italy join protests against racism and police brutality 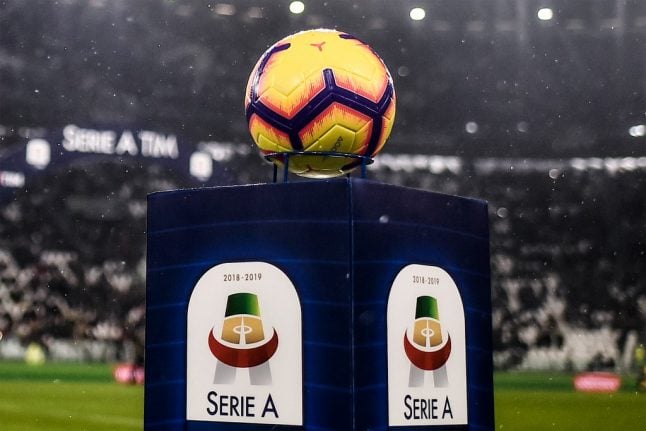 FOOTBALL
Calendar: When football will return to Italy
Url copied to clipboard!