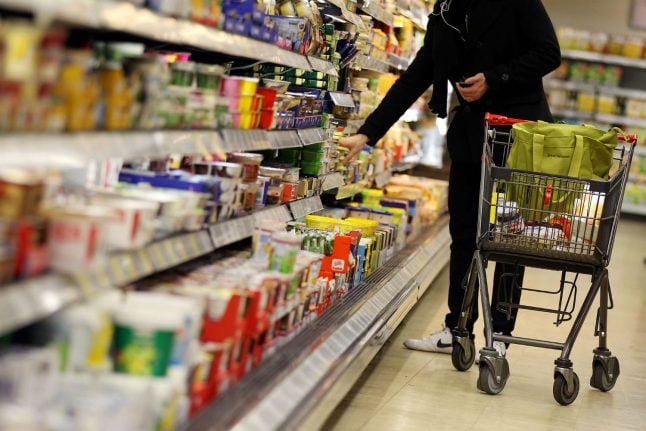 Products are likely to become cheaper under the plans. Photo: DPA

On June 29th, the Bundestag voted to reduce VAT (value added tax) in Germany for six months from July 1st.

The aid measures are aimed at boosting the economy after the coronavirus pandemic shutdown, and which affect everyone living in Germany.

Here’s a look at what it means for you.

On June 4th 2020, the grand coalition, made up of Angela Merkel's centre-right Christian Democrats (CDU) and the centre-left Social Democrats (SPD), agreed on a €130 billion economic stimulus package aimed at kick-starting the economy and supporting people in Germany.

Among the plans are a €300 Kinderbonus for all families, support for business owners, reduced electricity costs as well as a value added tax reduction.

Why is the government taking this action?

The pandemic resulted in a two-month shutdown across Germany, causing massive damage to the economy and people's livelihoods.

The government has been supporting business owners, freelancers and workers through various aid programmes.

Now the country is emerging from lockdown, the stimulus package is to get people spending again. It is hoped by reducing value added tax to products, consumers in Germany will buy more products.

What will happen to VAT?

Lots of items in supermarkets, furniture stores, electrical stores and elsewhere are likely to become cheaper for six months due to the reduced value added tax.

The standard VAT rate will fall from 19 to 16 percent between July 1st and December 31st. The reduced rate, which applies to many foods and everyday goods, will drop from 7 to 5 percent.

READ ALSO: How much will you save on products with Germany's VAT reduction?

However, the Finance Ministry pointed out that the tax reduction will only have the desired effect if it is passed on to consumers, i.e. if supermarket prices really do fall.

In the run up to July 1st, businesses said they were concerned the reduction could involve additional expenditure because of new calculations and labelling. Some critics believe this too bureaucratic and therefore say that the lower value added tax should apply for a period longer than six months to make it worth the effort.

However, the government has stressed that new labelling on products is not needed and the discount can be applied at the till.

Who will it benefit?

This step is intended to relieve the burden on low-income earners in particular, as VAT is often the only tax they pay in a large amount. It will cost the federal government around €20 billion.

The big question is whether the reduction will really bring the expected increase in consumption – or whether many people will wait until the crisis is over before lots of purchases.

When it comes to buying food, the reduction will often only work out at a few cents less. Tax cuts will make a bigger difference for large purchases such as washing machines – but not everyone can afford them.

Opposition parties say only certain people will benefit from the action.

Dietmar Bartsch, leader of The Left (Die Linke) parliamentary group, told German newspaper the Neue Osnabrücker Zeitung that the tax cuts would only benefit the people who can actually afford big purchases, like new washing machines and other appliances.

“The coalition government has introduced a purchase premium through the back door here – a Porsche rebate,” Bartsch said. The VAT is displayed on receipts. Photo: DPA

What is VAT anyway?

Companies must add value added tax (VAT) to their prices. The tax is then transferred to the tax authorities on a monthly, quarterly, or annual basis.

In Germany the VAT rate of 19 percent is just below the European average of about 21 percent. A reduced rate of 7 percent applies to certain consumer goods and everyday services (such as food, newspapers, local public transport and hotel stays). Some services (such as bank and health services or community work) are completely VAT exempt.

The official German term for VAT is Umsatzsteuer (USt), but it was originally called Mehrwertsteuer (MwSt) and is often still referred to by this name.

What else is this the government planning when it comes to tax and business?

Small and medium-sized companies, which are particularly affected by the crisis, are to receive special bridging aid until August in a bid to keep them afloat.

The federal government is setting aside a total of €25 billion for this purpose. It will go to hotels, restaurants, clubs, bars, travel agencies, entertainers, and also professional sports clubs in the lower leagues.

How did it happen so quickly?

In order for the amendments to take effect on July 1st, the government moved quickly.

The Bundestag and Bundesrat approved the motion at a special session on June 29th.