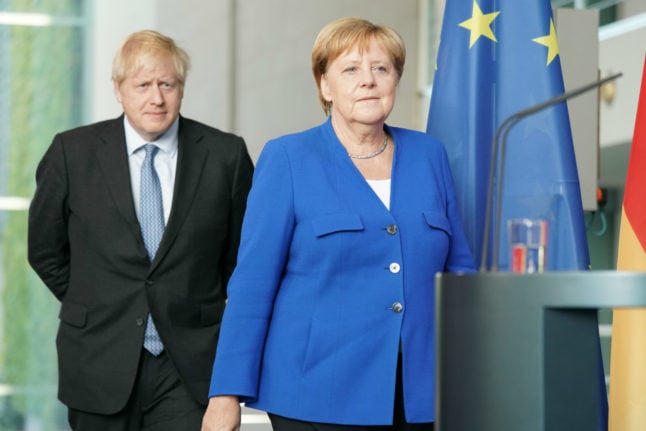 The Withdrawal Agreement protects a set of rights for UK nationals in the EU and EU citizens in the UK. Each member state is responsible for implementing the residence provisions of the agreement.

Germany has now adopted the law (Gesetzentwurf) which outlines the German government’s plans for implementing the terms of that Withdrawal Agreement.

Germany has opted for a so-called “declaratory system”.

Under the new law all British citizens who are lawfully resident in Germany according to EU freedom of movement law before the end of the transition period (currently December 31st 2020) will be entitled to stay in Germany.

To receive a new residence document confirming their rights under the Withdrawal Agreement, UK nationals will need to contact their local foreigners authority (Ausländerbehörde) by June 30th 2021 at the latest, the British Embassy in Germany told The Local.

The German government had been considering which system it would opt for when it comes to residency permits for Brits in Germany after the transition period.

The options were a constitutive system, where people would have to apply for the rights to remain under the Withdrawal Agreement, similar to the 'Settled Status' process in the UK or the declaratory system, which means people have their rights already, although they will be issued with a card to prove this.

READ ALSO: 'No big bang but things will change down the line': How Brexit will affect Brits in Germany

The declaratory system is favoured by citizens' rights campaigners, such as British in Germany.

What does the German system mean in practical terms?

British nationals will be issued a card that confirms their rights under the Withdrawal Agreement.

Every individual will get a card, including children, while families are encouraged to request the card together. The card will also work as proof of identity within Germany – however, for travel, British nationals must still take their UK passport, in addition to the card.

The exact application process will depend on where in Germany UK nationals live – some foreigners authorities have already published information in their area and others have not.

UK nationals in Germany can only be issued the new document once the legislative process has been completed, which is expected to happen during the summer.

In the UK, the British government introduced the EU Settlement Scheme in March 2019. Since then, more than 3.2 million EU citizens have been granted a status securing their rights, including almost 90,000 Germans.

He told The Local: “UK nationals living in Germany have faced much uncertainty since July 2016.

“Germany’s decision to implement the Withdrawal Agreement via a so-called declaratory process is a welcome step, and will reduce the bureaucracy faced by UK nationals who wish to stay here.

“We look forward to it being implemented swiftly across the country.  My team and I will continue to support UK nationals as they take the steps required to confirm their rights. “