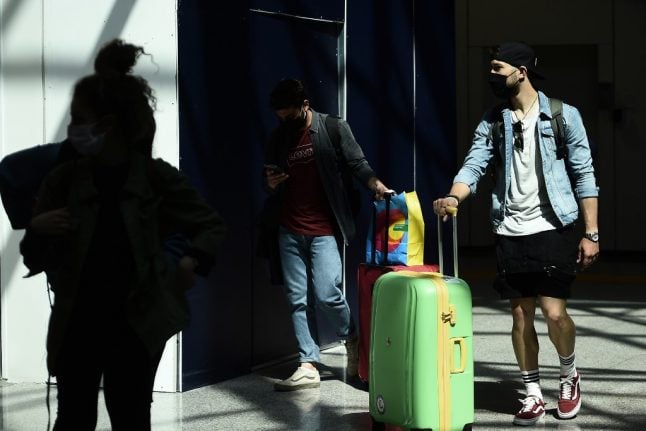 As of une 3rd, Italy is allowing arrivals with no quarantine requirements from within Europe, including from the UK.

Tourists arriving from these countries will not face any restrictions upon entering Italy, though depending on their own country's rules they may be required to quarantine when they return home.

READ ALSO: Who can travel to Italy again from June 3rd?

Non-urgent travel from outside Europe is still not permitted, with the EU’s external borders now expected to remain closed until at least July 1st.

But, while Italy is allowing (some) visitors again, getting here may not be easy as many airlines have not yet restarted flights. Here’s a look at which airlines are – or soon will be – flying to Italy again.

By the end of June there will be 78 weekly flights operated by Air France and KLM to Italy, the company said in a statement. Italian airline Alitalia also announced in May that it would steadily resume flights between Rome and New York as well as certain flights to Spain, including from Rome to Madrid and Barcelona, from June 2nd.

It has also resumed some domestic Italian flights, including routes between Milan and southern airports.

READ ALSO: Which other countries have travel restictions on Italy?

From July, Alitalia said it plans to be operating at about 40 percent of its level it planned before the coronavirus crisis hit.

Alitalia continued to operate a limited number of international flights throughout the nearly three-month shutdown.

“Flight offering will increase according to demand, which is already recovering on some domestic routes, and benefiting from the progressive abolition by foreign countries of restrictions on flights and passengers from Italy” as well as relaxed measures Italy is imposing on inbound travellers, it said in a statement.

Despite Alitalia restarting its New York-Rome route, it is not yet known when unrestricted travel from the US will be allowed.

UK-based Easyjet on June 16th restarted some domestic flights within Italy as well as one international route – from Brindisi to Geneva – after Italy loosened some of its rules on air travel.

The company had said in May that it wouldn't be able to operate flights to Italy while the Italian government continued to require social distancing measures to be enforced on planes.

As new rules came into force on June 15th, Italy dropped a requirement for airlines to seat passengers at least a metre apart – which effectively halved the number of people who could board each flight – so long as the plane is equipped with a HEPA (High Efficiency Particulate Air) filter.

Several other airlines continue to operate a limited number of flights to Italy, including Lufthana, KLM, and Turkish Airlines, with direct flights from each company’s hub airports only.