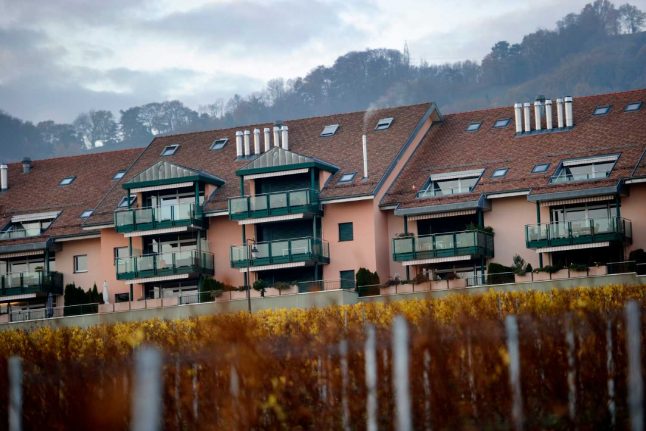 The report, completed by the Swiss arm of the Raiffeisen financial organisation and released on Thursday, finds that ads for real estate have slumped across Switzerland.

There has as of yet however been little impact on prices, despite what the authors call an “extraordinary situation” caused by the coronavirus.

READ: Eight things you need to know before renting in Switzerland

In addition to the uncertain financial situation dampening enthusiasm for buying, reduced immigration has also contributed to fewer sales.

With immigration levels currently at zero, the study estimates that each month of the pandemic results in around 4,500 fewer immigrants – meaning a decrease in demand for 2,500 units per month.

The impact of the decline in immigration is particularly pronounced in the cities, the primary destination for new arrivals to Switzerland.

Half the usual advertisements – but same prices as pre-pandemic

Figures from April show that half of the usual advertisements for family homes and apartments were made than usually are.

However, sellers have apparently decided to ride the crisis out, keeping their prices the same as before the pandemic.

“We don't see any price concessions on the sales price yet. Sellers are obviously stick to their asking prices that they had before the crisis,” Raiffeisen Chief Economist Martin Neff said in a statement.

The study predicts that prices are unlikely to change, with few concessions expected from sellers for the remainder of 2020.

The number of properties changing hands has dropped significantly, with potential buyers having more difficulty accessing funds as well as experiencing a general reluctance to make large financial decisons.

Neff predicts that sales will fall into the future while the pandemic goes on.

“Sellers and buyers are currently not doing business with each other. The number of properties changing hands will continue to drop.”

While the figures relate to residences, the most considerable drops are expected for the commercial property sector – particularly in the hospitality and retail sectors.