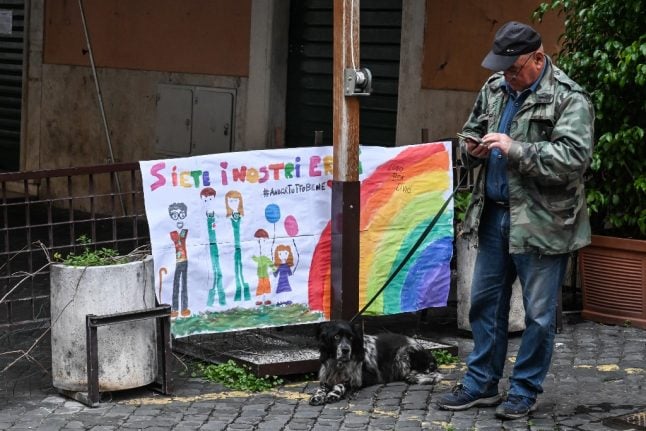 
Italy has announced the first details of its plan to use an app to trace coronavirus infections, as it looks at easing its two-month lockdown in early May.

The app, named Immuni, was chosen from over 300 proposals sent to the Ministry of Innovation, reports Italian financial daily Il Sole 24 Ore.

The European Union recommended smartphone tracking apps as part of a roadmap unveiled on Wednesday to help countries ease restrictions that have prompted steep economic downturns across the bloc.

READ ALSO: When will Italy's lockdown 'phase two' begin and what will it involve?

The italian app is based on bluetooth, in accordance with the EU's recommendations against using geolocation. It stated that all apps used for this purpose should be used anonymously and voluntarily.

Arcuri's decree in turn states that the free app must preserve users' anonymity and not track location. Instead, it will use bluetooth to log the phone's movements.

The plan is to test the app in pilot regions and then expand it nationally. No timeframes were disclosed.

Italy's announcement came a week after Apple and Google revealed plans to develop a contact-tracing app.

Arcuri's decree did not mention that project.

Countries such as South Korea and Israel have used apps to help people determine whether they came close to someone infected with the virus.

Technology experts warn the such apps are not foolproof since bluetooth signals works best in open spaces can be dropped in walled-off offices and restaurants.

Italy has officially recorded 22,170 deaths from the virus, and is now looking to gradually lift its restrictions from May 4.