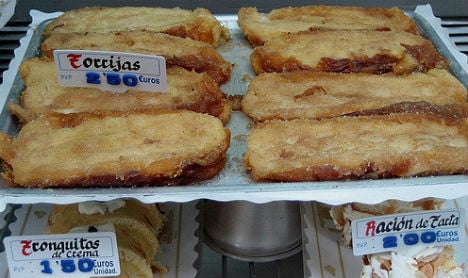 Madrid-based food blogger Anneke Kooijmans shares a recipe for the classic Spanish Easter dish Torrijas with The Local which she describes as “like French toast, but different…”

Torrijas are a Spanish Easter dessert, they are like French Toast, but different.

READ: Ten mouth-watering dishes to devour in Spain at Easter Mix the milk, the lemon zest, and half of the sugar (1/8 cup) in a saucepan and warm over medium heat. When the milk comes to a boil turn of the heat and let cool for a few minutes.

Dip the bread slices in the egg, covering both sides of the bread in egg.

Heat olive oil in a frying pan, the bottom of the pan should be completely covered in oil. Bake the bread slices on both sides until they are crisp. Transfer the bread slices to a kitchen towel to soak up the excess oil.

Mix the remaining sugar (1/8 cup) with the cinnamon and coat the bread slices with some the sugar mixture.

Use the remaining sugar mixture for the syrup: add the mixture to ½ cup of water, add the honey and bring to a boil in a saucepan. Let simmer until it has the consistency of a not too thick syrup, about 20 minutes.

Cover the torrijas with the syrup and let them cool in the refrigerator for at least an hour.

Anneke can be found writing about Iberian favourites at Lentils On Friday.

READ MORE: The essential guide to Easter in Spain 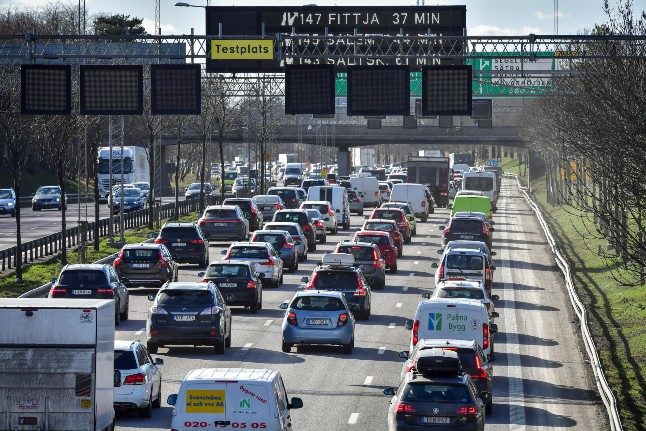 If you haven’t already booked your ticket, you may find it difficult to get a seat on some popular routes.

“Some routes are already fully booked. This is particularly the case between the major cities,” Anders Edgren, a press officer for the national train company SJ, told state broadcaster SVT. 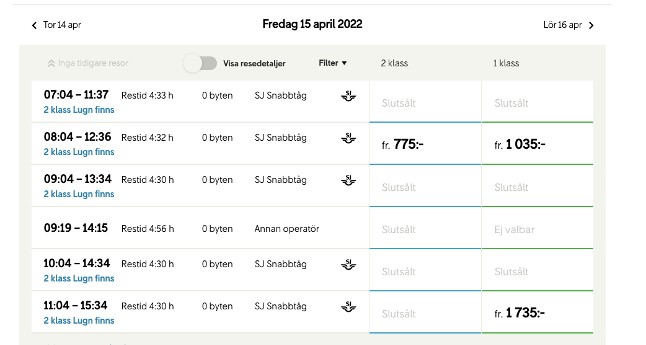 A screenshot of SJ’s booking site for Good Friday shows most morning trains between Malmö and Stockholm are already sold out.
Edgren said on Thursday morning that there were still a few seats left between Stockholm and Gothenburg and Stockholm and Sundsvall but that they were selling out fast.
“What we’re trying to do is to double-up trains, which is to stick together two trains, and if we manage to do that we might be able to release some more tickets.”

Sweden’s national rail company SJ often schedules engineering work for national holidays, as fewer people are travelling to work, and this easter there will be engineering work at around 20 sites across the country, meaning more than 1,000 trains will be partly or totally replaced with buses during the Easter break.

The worst areas are on the routes between Gothenburg and Malmö, between Västerås and Stockholm, and between Karlstad and Växjö. Work on the new Västkustbanan will mean replacement buses between Helsingborg and Gothenburg throughout the Easter holidays.

SJ has made a map showing all the routes where you can expect interruptions: 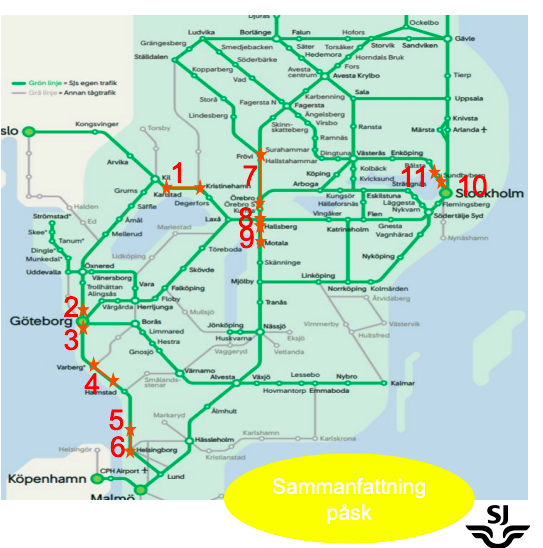 In its guide to travelling by car over Easter, the Swedish Transport Agency warns that weather conditions at this time of year can vary enormously as you drive north.  You may find, for instance, that you need winter snow tyres by the time you reach your destination, even seemed almost summery when you set out. You should also make sure you have clothing for all seasons.

Here is the agency’s maps of roads which it expects to see heavy Easter traffic. 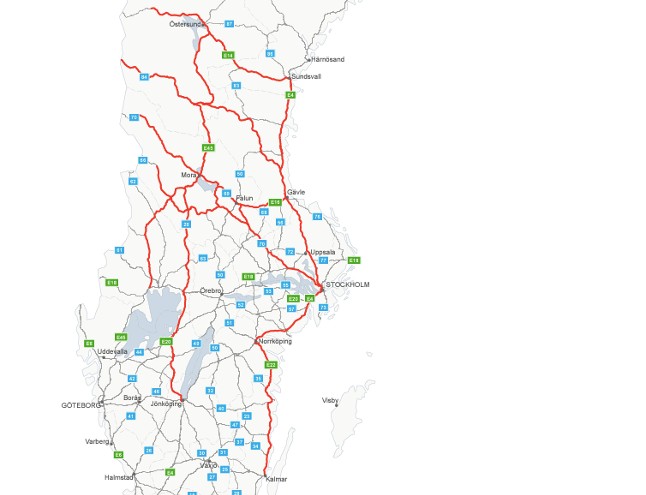 A map showing which roads are expected to be busy over the Easter period. Photo: Swedish Transport Agency
These include:

The E22 between Kalmar and Norrköping, the E4 between Norrköping and Stockholm, and then from Stockholm all the way up to Sundsvall.  The roads leading towards the ski areas around Sälen and Östersund also tend to get crowded. None of the roads in Skåne are expected to see heavy traffic.

If you’re coming to Sweden by air, you should be aware that companies have been cancelling a high number of flights in recent days, because many of their staff have Covid.

If your flight is running as scheduled, be aware of issues at several UK airports.

Airports including Heathrow, Manchester and Birmingham have been hit by disruption because of staff shortages caused by Covid, affecting everything from airport security to luggage handlers. Passengers risked missing their flights because of lengthy delays, according to reports in the UK press.

Passport queues at Heathrow Terminal 2, from where SAS flies to Stockholm, were ‘stretching to 90 minutes’ on Maundy Thursday, The Independent reported.

Passengers have been advised to make sure they are at the airport as early as possible to allow for delays, and unions have warned that the disruption could last for some time.

In the case of Manchester, the advice last week was to arrive three hours early.