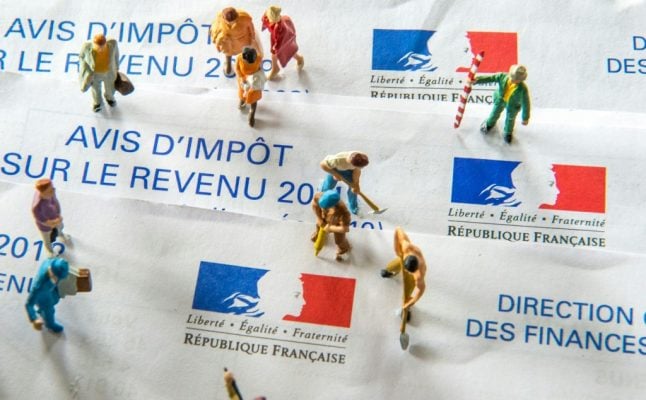 His administration will also suspend other tax controls for sectors hit by the coronavirus crisis until further notice.

“I made the decision after informing the Prime Minister to postpone the tax return for a week,” Darmanin told TF1.

The minister referred taxpayers to the official French tax website – impots.gouv.fr – to find further information about their specific requirements

This income tax declaration relates to taxes owed for 2019 and everyone resident in France from April 2019 and onwards needs to fill in a return, regardless of whether you have an income in France or not.

Darmanin also announced that people who file their tax declaration on paper (only those who can prove they don’t have internet access) have until June 12th to submit it, roughly one month longer than initially planned.

Everyone else is able to file online this year, even people who are making a declaration for the first time, although they will need to request a tax number first.

All current tax audits will also be suspended and there would be no new ones during lockdown period as many sectors are “at a complete standstill”. 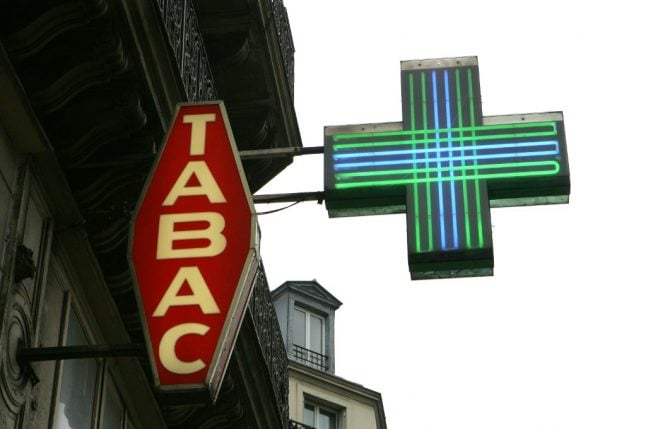 France’s tabac (tobacco shops) have long been a place for more than just purchasing cigarettes. Their iconic red sign, found in any French city, town and village, is associated with a place for locals to socialise over a beer or a coffee, or watch the horse racing and have a bet.

With the numbers of smokers steadily falling in France, these non-tobacco related sides of the tabac have become even more important to tabac owners.

“We are aware that we will sell less and less tobacco in the future. This.. goes hand in hand with our change of identity,” said Gérard Vidal, President of a tobacconists federation in the Occitanie region of southern France.

The government has therefore added new services to the list of errands that can be run in a tabac.

So what exactly can you do in a tabac in France?

Since 2020, you can pay bills for school fees, cafeteria fees, crèche (nursery) or even the hospital.

This is however only possible IF the bill has a QR code AND says that it is payable auprès d’un buraliste(can be paid to a tobacconist).

If the bill ticks both boxes, you may pay it at the tobacconist whatever the amount if you pay by card. If you pay cash the limit is €300.

Before going you should however verify that your tobacconist offers the paiement de proximité service.

You may find your nearest tobacconist providing these services here (select your département and your commune and you get a list of the different tabacs and a map showing where they are situated). Some French people like to visit their local tabac to have a beer and watch the TV. Photo: AFP

As with bills, this new addition was added in 2020, provided the tabac offer these services and the taxes you are paying are of an amount less than €300.

The taxes included in the system are:

As with your bills and taxes, you can also pay fines in a tabac. Again, this is provided that the fine has a QR code and says that it is payable auprès d’un buraliste (can be paid to a tobacconist). It also requires that the tobacconist in question features on the list providing these services (see above).

In 2019 the national rail company SNCF made it possible to buy train tickets for the high speed TGV trains and regional TER trains in a tabac.

For non-smokers, buying stamps is one of the most common reasons to frequent into a tabac. Ask for un timbre, s’il vous plaît (one stamp, please) and stick it on your letter or postcard. If you want a pack of stamps the thing to ask for is un carnet de timbres, s’il vous plaît.

If you like to gamble, the tabac is the place to go. Whether it is to bet on the next horse race via the PMU or get a lotto ticket, you will find it here.

Many tabac sell postcards (and sometimes the cards are nicer than the ones sold in supermarkets and cheaper than those in tourist shops).

If you need to top off your phone minutes you can pop by your nearest tabac to see if they sell phone credit (they usually do).

A tabac is also a place to make photocopies – if they have one – and the price is usually just a few cents a page.

Some tobacconists sell local products and souvenirs, so if you’re on a trip in rural France and looking for something to bring back home, you could pop by the local tabac to see if they have anything interesting.

Finally, if you’re feeling like a snack, tobacconists sell candy bars – the carambar toffees are a classic here in France – and sometimes even patisséries like croissants and pain aux chocolats.

Have a beer or a coffee

Not strictly part of the tabac service, but in many small towns there is a combined tabac/café/bar in the same building, so once you have conducted your business you can sit down and order a drink.