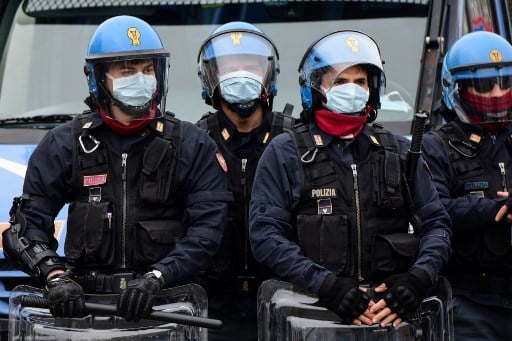 
Italian police are on Wednesday hunting for 11 prisoners who escaped in the aftermath of jail riots sparked by fears over coronavirus, as authorities began to test inmates and distribute face masks.

Those still on the run were part of a group of 72 inmates who escaped on Monday from a prison in Foggia, a city in the southern region of Puglia, the justice ministry said.

They included a 36-year old man, Cristoforo Aghilar, who was arrested last October for killing the mother of his ex-girlfriend, as well as several men with links to organised crime.

At least 6,000 prisoners took part in the riots, which broke out on Sunday at prisons across the country, Justice Minister Alfonso Bonafede told Senate on Wednesday, which was nearly empty due to new restrictions on group assembly.

Twelve inmates died, mostly due to overdoses after rioters stormed prison infirmaries, and 40 guards were wounded, the minister said. 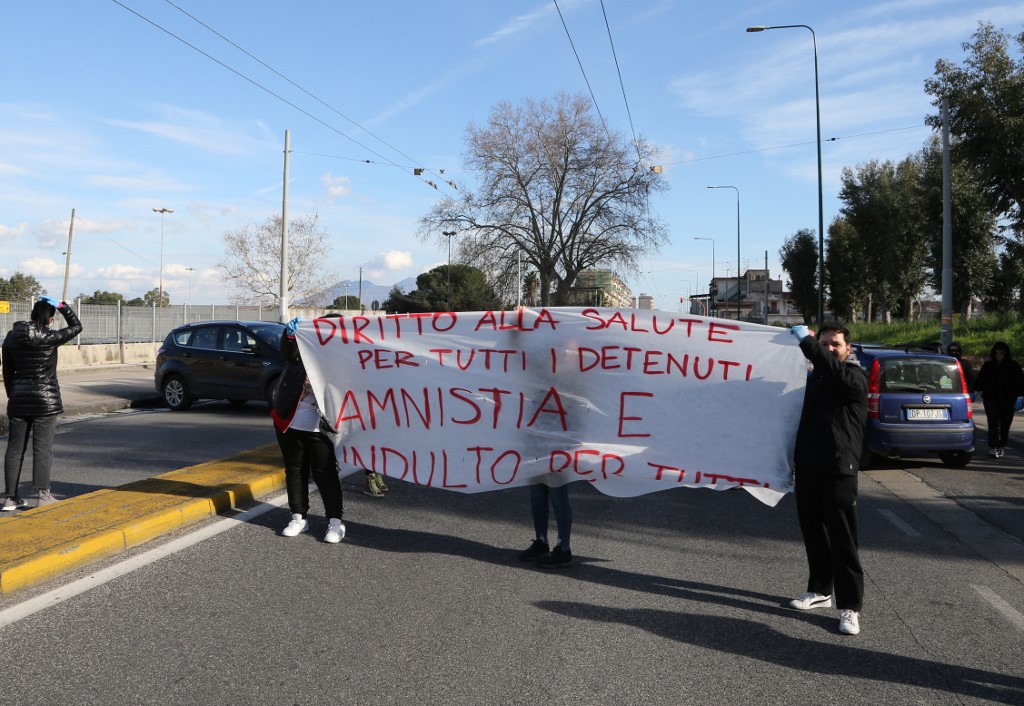 Inmates' relatives outside a prison in Naples holding a banner reading “Right to health for all prisoners, amnesty and pardon for all”. Photo: AFP

At the medium-security prison of Foggia, a few prisoners set their sheets and mattresses on fire on Monday, attracting the attention of guards. At the same time, a group of about 200 men managed to force open the doors of an exit corridor and some reached the outer limit of the prison and scaled the outside walls, Bonafede said.

Before the riots, inmates had objected to new restrictions on visits by family members designed to keep coronavirus – which has already killed 631 people in Italy as of Tuesday night – out of the country's overcrowded prison system.

“It's evident that so many prisoners are worried, especially in overcrowded conditions, about the impact of coronavirus on inmates' health,” Bonafede said.

READ ALSO: The everyday coronavirus precautions to take if you're in Italy

About 100,000 protective masks were being distributed throughout the prison system, while tests for coronavirus would soon be conducted on inmates who had recently been transferred between institutions, he said.

Amnesty International Italy said on Monday it was “deeply concerned” by the rioting and stressed that the “critical hygienic-sanitary conditions” in jails demanded the utmost precautions be taken to limit the risk of contagion.

Find all The Local's coverage of the coronavirus outbreak in Italy here.